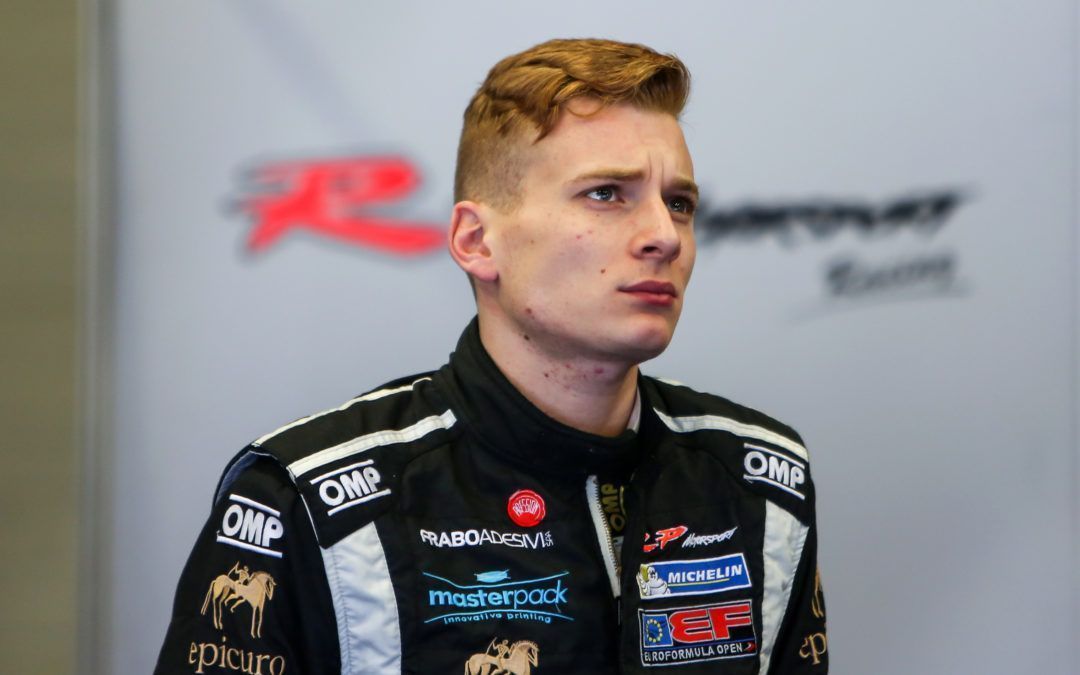 The team led by Fabio Pampado “promotes” the young Italian driver to the World Series Formula V8 3.5, the Series partnering the FIA WEC in six events.

RP Motorsport Racing has announced Damiano Fioravanti to join its World Series Formula V8 3.5 championship team in 2017. The 20 year-old driver from Rome will be promoted following to a couple of positive seasons in the EuroFormula Open within the same team.

Fioravanti finished 5th in 2016 and now is set to compete in these elite FIA Series, partnering the FIA WEC in six of of the total events featured in the Calendar: Silverstone, Spa-Francorchamps, Nürburgring, Mexico City, Austin and Barhain. World Series Formula V8 3.5 will complete the Season with two other fantastic venues, Motorland Aragon and Circuito de Jerez.

“We are delighted to continue our partnership with Damiano, who has already shown his talent in the previous two years with our team in EuroFormula Open. It’s a step further in his professional career, and the decision to give him one of our two cars in such a competitive championship is a sign of confidence that we are sure will be rewarded in the best way. In previous testing has revealed its full potential, so we look forward to getting back on track in order to prepare our second season in this discipline in the best way”.

“I’m really happy to be part of the World Series Formula V8 3.5 for 2017 season. It represents an extraordinary opportunity for me and I am very excited to start this new adventure. It is a step that comes at the right time in my career, after seasons of precious experience in the EuroFormula Open championship. I already tested the car last December in Jerez and the feeling was really good, thanks to a fantastic staff of engineers and mechanics whom I already knew in the last two years. It will certainly be an exciting challenge in a very prestigious championship: I would like to thank especially my father for its efforts in supporting my career, as well as Fabio Pampado and Niki Rocca from RP Motorsport Racing. Now it’s up to me to repay their trust”.