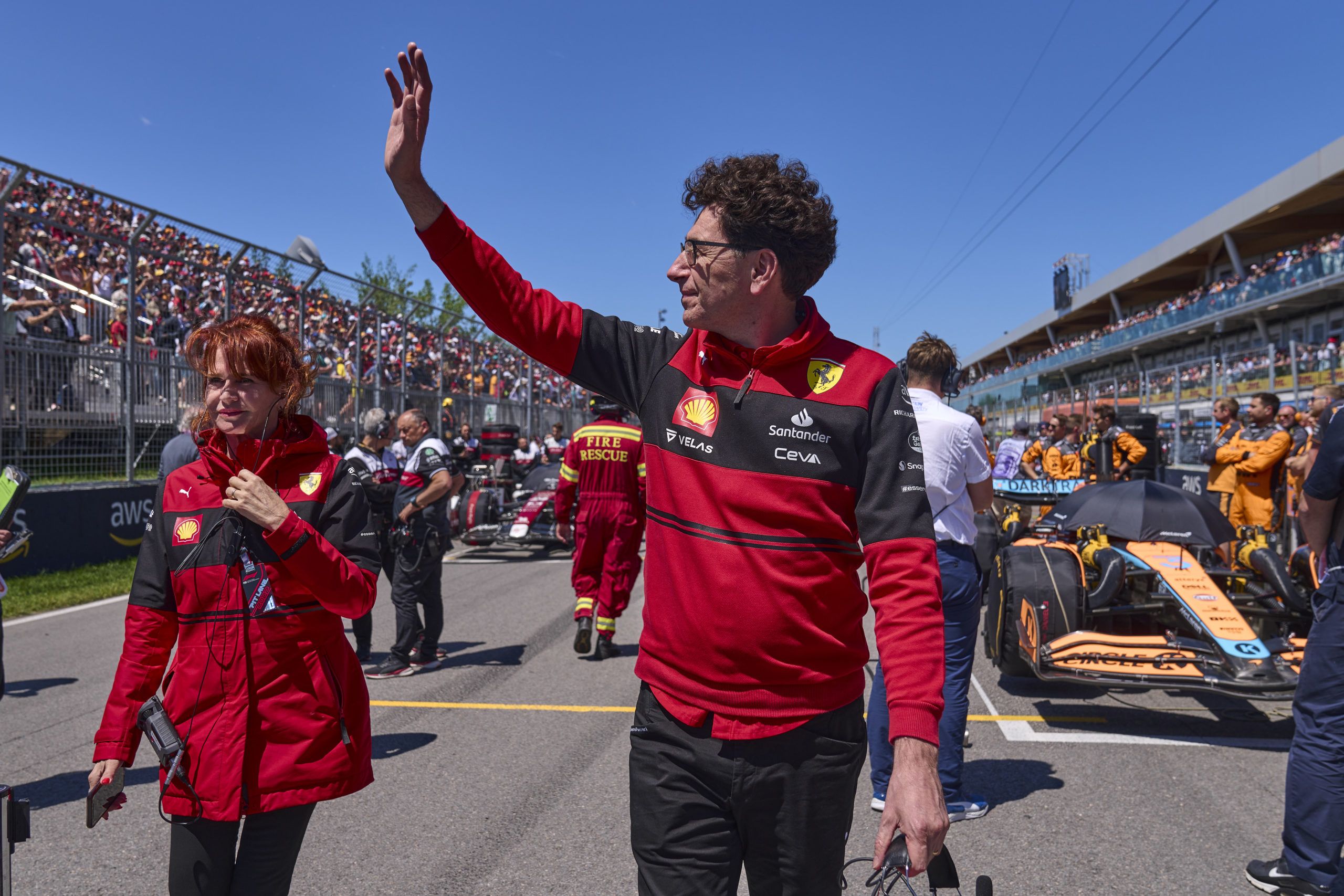 Ferrari team principal Mattia Binotto concedes that the FIA’s key acquisition of a former Mercedes special advisor is a “concern” for him and the team.

This appears to have raised a few eyebrows up and down the paddock with Rao’s appearance coming across to the untrained eye as a far from impartial appointment, especially considering how recent her tenure was at Mercedes.

She played a major role in Mercedes’ legal matters between 2016 and 2018 and then became general counsel and special advisor to Toto Wolff until early 2022. The fear from some teams is that her role will allow Mercedes a larger influence in behind the scenes decision making.

“Yeah that is a question that has been asked as well in Baku in the press conference,” said Binotto in Canada when asked whether he has any concerns over Rao’s appointment. “I can only repeat what I said at the time – it is a concern, no doubt, but [I have] full trust in the FIA that she is professional, she is a lawyer, she’s got integrity. I have confidence for the future and that my concern is a non-concern.”

Concerns had been amplified over the Canadian GP weekend when teams such as Red Bull and Alpine appeared to suggest that Mercedes were given the upper hand when it came to the timing of the technical directive publication, for them to introduce a new set of second floor stays. With the former Mercedes advisor recently administered into the FIA, suspicions were raised amongst some.

“Toto said that they did it overnight,” Binotto said. “What I can say is that Ferrari would not be capable of doing it. And no doubt I’m surprised that a team is so strong in doing that overnight. We can maybe only trust what he’s saying…”

Red Bull team principal Christian Horner was reluctant to comment on the matter, suggesting that he was as yet undecided on whether or how the matter should be pursued further.

“I’d prefer not to comment on that,” Horner simply stated when asked in a similar manner to Binotto. Red Bull have been hesitant to make statements on matters involving the FIA’s structure this season.

After suggesting that Mercedes could be protested for the manner in which they managed to implement the second set of floor stays at such short notice in Canada, Alpine’s Otmar Szafnauer doesn’t see an issue with Rao’s position at the FIA, and makes no link between the two controversies.

“She was originally at the FIA, so I think the nice thing is that she’s got team experience as well now,” Szafnauer said. “That’s always good if you have that double experience. Yeah, I’m not concerned. I think she’s a lawyer. I think she takes an oath to be honest and trustworthy. So I think there’s no issue.”