Home F1 FIA notes about changes made at Red Bull Ring ahead of F1... 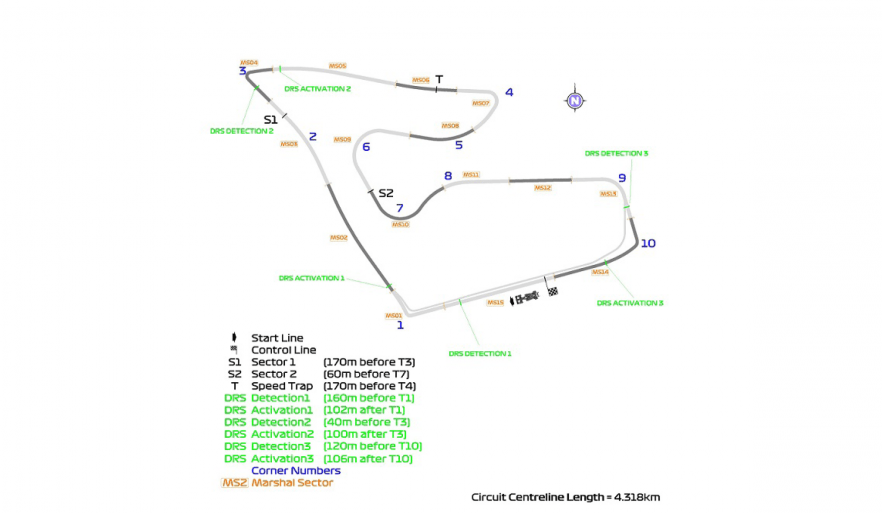 The FIA pre-race preview has revealed the changes made to the Red Bull Ring circuit ahead of the F1 Austrian GP.

The FIA has noted for multiple changes made to the 4.318 km Red Bull Ring circuit for this weekend’s F1 Austrian GP. The first is a new drainage system installed on both the right and left side of the track at Turn 2 & between Turns 3 & 4 and left side before Turn 3.

In another change, a new concrete wall and debris fence has been installed at Turn 3, while the run-off area at Turn 4 has been reconfigured and extended – with the grass removed. In addition, a concrete surface has been extended at the end of the exit of Turn 3 kerb.

And finally, the third detection point is 151m before Turn 10, while its activation point is 106m after Turn 10. There will be three new stewards for this weekend’s Austrian GP after there was one repeat steward in the Canadian GP and the French GP.

The three stewards for Austrian GP are former racer Tom Kristensen, joined by Nish Shetty, who is a member of the International Court of Appeal and Silvia Bellot, who is Women in Motorsport ambassador and also a steward in F2, F3 and WTCC.