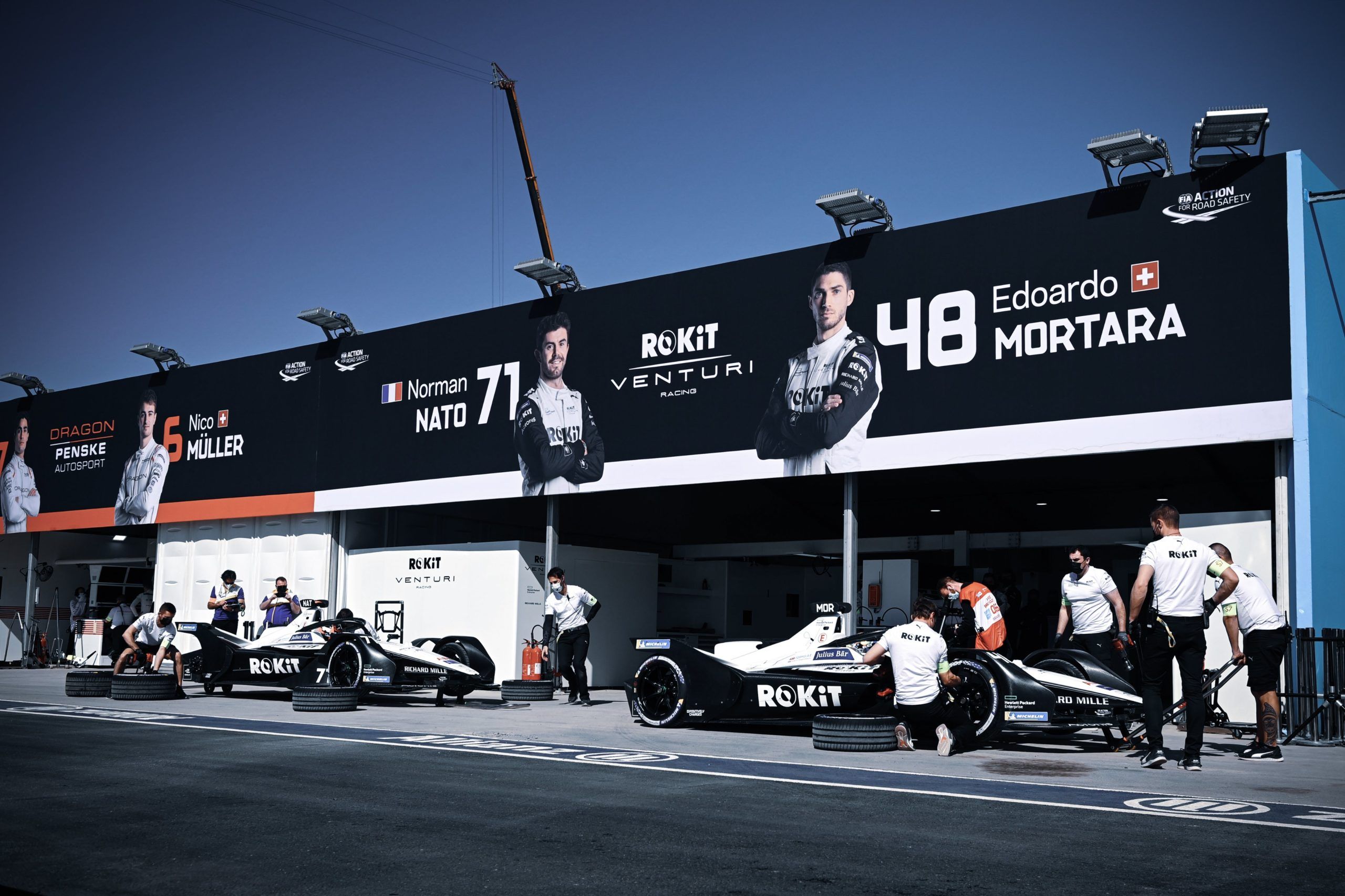 The FIA is looking at the reason for Edoardo Mortara’s crash which has forced Mercedes and Venturi to not run, as Fausto Gresini’s family holds his funeral.

After a heavy crash for Venturi’s Mortara, when he went straight onto the barrier at the end of FP3 in Formula E’s Saudi Arabia weekend, the FIA started an investigation to find out the reason behind the crash. This forced the two teams to sit out from qualifying.

The incident looked similar to Audi’s Daniel Abt’s crash in Mexico where his rear axle did not slow the car on the approach to Turn 9 and he registered a 20-G impact.  Much like the German, Mortara had to be taken to the hospital as well.

Venturi team principal Susie Wolff said that the Swiss racer was conscious after the heavy blow. Should he feel all right, Mortara will race later in the day, which will also depend on the FIA clearing both Mercedes and Venturi to compete.

As known, Venturi uses the Mercedes’ powertrain, which had a 1-2 finish in Race 1 with Nyck de Vries winning the Formula E race. The Saturday’s race will see Envision Virgin’s Robin Frijns start on pole from Dragon’s Sergio Sette Camara.

“To avoid risk of having a similar incident, the FIA has required a deep analysis on what happened to Mortara’s car to the team and to the manufacturer involved,” the FIA said in a statement. “They are currently working on it in close collaboration with the FIA technical team. Until a solution has been identified and the problem solved, cars from both Venturi and Mercedes will not be allowed to go on track.”

UPDATE: After extensive checks, the FIA cleared both Mercedes and Venturi to take part in Saturday’s Formula E race, as they also allowed Mortara to compete – his participation depends on the team repairing the car on time. The German manufacturer took chance to explain the software issue as well.

“First and most importantly, we are pleased that Edo is safe and well following his accident in FP3. Our analysis since then has enabled us to understand what occurred and put in place suitable counter measures. The braking system on Formula E cars is designed so that if the front brakes fail, the rear brake system is activated as a fail-safe.

“In this instance, an incorrect software parameter that meant the rear brake system didn’t activate as intended and the fail-safe did not kick in. We have now corrected the software problem and demonstrated to the FIA’s satisfaction that the matter has been resolved. As a result, the FIA will permit all Mercedes-powered cars to race this evening,” said the statement.

After his death earlier in the week, Gresini’s family held Fausto’s funeral on Saturday, which they livestreamed on their Facebook page. It had a priest performing the last rites, with a special video played as well and messages from his close ones.

Having raced in DTM under ‘Audi Sport Team Rosberg’, the outfit is now expanding itself into single-seater competition, as team founder Eric Baumgartner along with the 2016 F1 champion, announced its entry into the 2021 ADAC F4 Championship.

The team is named as ‘BWR Motorsports’ and is set to have Taylor Barnard as one its drivers, who is set to make a jump into single-seater competition after racing for Rosberg’s kart team. The details on its line-up will be revealed next week.

“I am pleased to start this adventure,” said Baumgartner. “BWR is my career goal, as it’s the result of many years of racing experience. Everyone in the team has a large and winning experience in motorsport, and I am convinced that we have a very good foundation from which we can progress. I want to thank everybody involved in this project.”