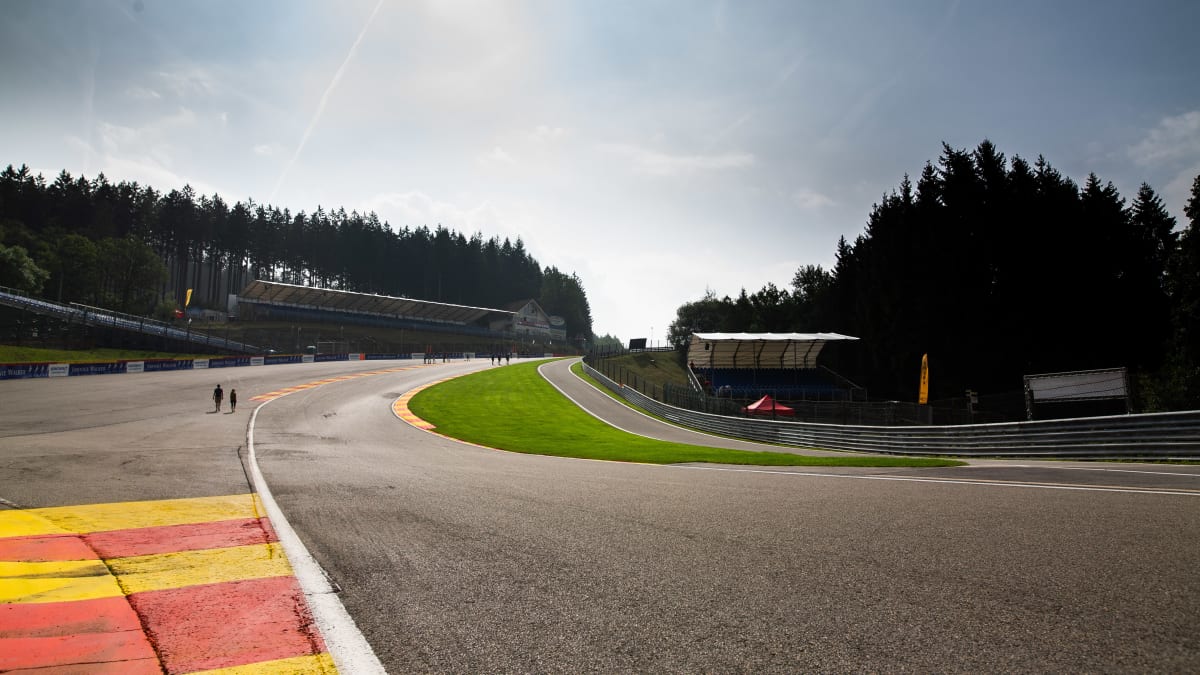 The FIA has noted of multiple safety changes in all aspects after assessing 28 big and fatal incidents from the 2019 season across championships.

One of the biggest incident which rocked the motor racing scene was that of Anthoine Hubert at Spa-Francorchamps in the feature Formula 2 race, which also left Juan Manuel Correa injured as he recovers from serious leg injuries.

The FIA had released an initial report which stated of the chain events at Spa-Francorchamps, which led to the death of Hubert. However, a detailed report now showcases the safety changes being talked about taking in other incidents too.

A full list of safety changes has been identified under different heads like the single-seater cars, closed cockpit cars, electronic safety systems, driver installation, race direction and circuits. The FIA has an extensive ideas to make the sport much more safer in future.

Looking at the details, the single-seater cars is to have a better debris containment component, so that the parts don’t fly off and hit other cars and or driver. Considering Hubert died after being hit, the survival cell strengthening is also on point.

The idea is to limit frontal and side impact, so that, the drivers are not seriously injured. On the frontal side, F1, F4 and Formula E is already in process to bring the change, while F2 and F3 cars will have it in place when the cars get upgraded next.

Among other changes, the front wing design and headrest is also an aspect to bring in safety changes. For closed cockpit cars, meanwhile, the main area being looked for better safety for the drivers is the seating position and material.

On the electronic detection side, the FIA is looking at more advanced tools where they wish to utilise the rain light with multiple colours to help the drivers behind to be alert and know of the impending danger, especially when entering a yellow flag zone.

The long-term solution is advanced marshaling system where they wish to have an automated yellow flag system and also a drive-to-driver notification system, where the other cars know about a stationed or incident-met car ahead.

For 2020, they are to update the F2 and F3 cars with tyre pressure system, where the driver will know about the loss of pressure when a tyre is punctured. For race neutralisation, the FIA is looking of in-car marshaling system for quicker stoppage.

For the circuits, the FIA has addressed on various troubling situations like that of the incident with Alexander Peroni at Monza in F3. To avoid a Hubert like scenario, they are looking at a better barrier safety system which limits the bouncing back.

They are also looking at adding anti-skid system in run-off areas to slow down the out of control cars. New system is also being implemented to limit the dangerous re-joining after going off track as the marshaling system will be enhanced for better alert to drivers.

FIA Safety Director Adam Baker said: “As with all accident investigation work, our findings related to circuit racing form the basis of a range of technical and operational initiatives, both to prevent serious accidents occurring and to mitigate the consequences if they do.”

Here’s the full and detailed statement from the FIA:

As part of its ongoing work to develop motor sport safety around the world, the FIA Safety department has completed investigations of 28 serious and fatal accidents related to circuit racing during 2019, supported by the ASN (National Sporting Authority) in each country
The findings of these investigations will lead to improved safety in the next generation of cars designed for circuit racing, new innovations in circuit infrastructure and the development of new tools and operational best practice for circuit race direction.

To oversee the implementation of these changes, the FIA Serious Accident Study Group, chaired by FIA President Jean Todt and including all FIA Commission Presidents as members, considers the actions from all fatal accidents around the world and across all disciplines as well as a number of the more serious accidents.

A summary of the safety recommendations for circuit racing is as follows:

– To mitigate and/or prevent debris ejection from cars during an accident, technical solutions will be developed which aim to ensure large debris is contained and/or retained with the crashing vehicle.
– In the case of structurally significant debris, a solution of “tethering” will be investigated.
– For smaller debris, less intrusive and more novel design solutions will be investigated, such as alternative composite material constructions specifically designed to help reduce shedding of debris following component failure.

– A review of the specification of front and side impact structures with respect to total energy absorption, directional performance and compatibility with a car-to-car impact, is being undertaken. To ensure compatibility between the impact structures and the survival cell, the review will include changes to the specification of the strength of the survival cell to frontal and side impact as required.
– The aim will be to increase the total energy absorption capability of the frontal impact structures used in all single seater categories, whilst ensuring survival cell designs are compatible with the vehicle accelerations and hence forces required to achieve this target. This process is already underway for Formula 1, Formula 4 and Formula E, with actions for Formula 2 and Formula 3 being incorporated into the next car update.
– Complementing this work, research has commenced on a new generation of side impact structure. The target is a new design that would, to a high level of probability, be active in car-to-car impacts in order to further increase the regulated energy absorption capability of single seater type cars. As with the frontal impact structure, survival cell specifications will be evolved to ensure compatibility.

– A review of front wing design and specifically typical wing-to-nose attachment schemes, in order to mitigate the loss of complete front wing assemblies and the safety risks associated with this type of failure, is planned.
– This work will also consider whether future generations of single seater cars could incorporate front wing designs that include “controlled failure” points i.e. the front wing main plane could be frangible such that, in the event that the outer sections of the wing receive an impact, only these sections would detach, in order to relieve the load on the assembly and specifically nose mounting.

– The objective is to iterate the design and specification to increase robustness of retention and to increase the probability that all (or some) of the headrest remains in position during and following a major impact.

– Following successful deployment as a retrofit upgrade to current cars, the latest specification of front anti-intrusion panel will be incorporated into the base design of the next generation of all single seater cars.

– For closed cockpit cars, an update is underway for the FIA standard for mass market “competition seats”, utilising the latest simulation tools and design optimisation technology. This work will increase the lateral safety performance of the seat by adopting various characteristics of the more expensive FIA advanced competition seat, while ensuring the cost remains at an appropriate level for an entry-level seat.

– Technology solutions will be investigated to help mitigate any reduction of line of sight for drivers due to circuit geometry, in order to reduce any latency in notification of drivers that they are approaching the scene of an incident, thus ensuring drivers are quickly and reliably informed about the circuit status.
– Two steps are proposed. Firstly, an initial step to improve driver notification and information might be achieved using current technology such as the rain light, with only minor updates to car hardware.

The rain light or any other light mounted to the rear of the car could be used to display the track status i.e. acting as a “yellow flag repeater” directly located in the line of sight of following drivers. Additionally, the rear mounted light could possibly be used to indicate to a following driver when the car significantly slows as a result of encountering a yellow flag zone.

It is suggested, although further testing and research is required, that this adaptation of the rain light usage could reduce driver notification time, improve the reliability of driver notification and better allow drivers to make an appropriate and proportionate reaction in the case of yellow flag deployment.

– Secondly, as a longer term solution, it is proposed to accelerate as far as possible the development and deployment of a range of advanced marshalling systems, incorporating features such as automated yellow flag generation, direct car-to-car notification of dangerously positioned stationary cars and possibly even the coordinated power reduction or redirection of cars following an incident.

– To mitigate the possible loss of control of a car as a result of a puncture, providing the driver with information on tyre state, and specifically information about the current internal pressure of the tyres, could provide greater opportunity for a driver to modulate speed earlier and appropriately in an effort to avoid a loss of control. To achieve this, tyre pressure monitoring and reporting technology will be deployed in a broader number of categories. Actions are already initiated to deploy such systems in FIA Formula 2 and FIA Formula 3 for the 2020 season.
– As a further step, it is proposed to develop lower cost tyre pressure monitoring technology and systems, to promote and facilitate further deployment in additional categories in future.

– A review of serious accident cases from around the world using input from the Race Directors from the FIA World Championships, enabling the FIA Safety department to update its best practice guidelines and training material to support Race Directors for the purpose of neutralising a race, particularly in case of incidents at very challenging locations on track.
– This work will be complemented by the development and sourcing of a range of in-car marshalling systems, which can be installed and removed from cars on event.

– New research and full-scale testing is planned to optimise barrier impact performance for very low impact angles, expanding the existing FIA Safety Barrier standard to include barrier systems specifically designed for impact angles of between 0° and 20°.

– With respect to run-off area design, new and specifically additional efficient deceleration solutions for slowing out of control cars within run-off areas will be investigated, including the use of anti-skid and high friction surfaces.

– New solutions for track limit control will be submitted for consideration to the FIA Circuits Commission, in order to prevent cars from rejoining the track in a dangerous manner.
Track status information
– The FIA Standard for Light Panels will be widely deployed to ensure that all circuits have a suitable electronic trackside infrastructure in place to alert drivers to incidents on track. This will be supported by new FIA Marshalling System Guidelines, cascading best practice from the FIA F1/F2/F3 championships to ensure effective communication between Race Control and the cars on track.