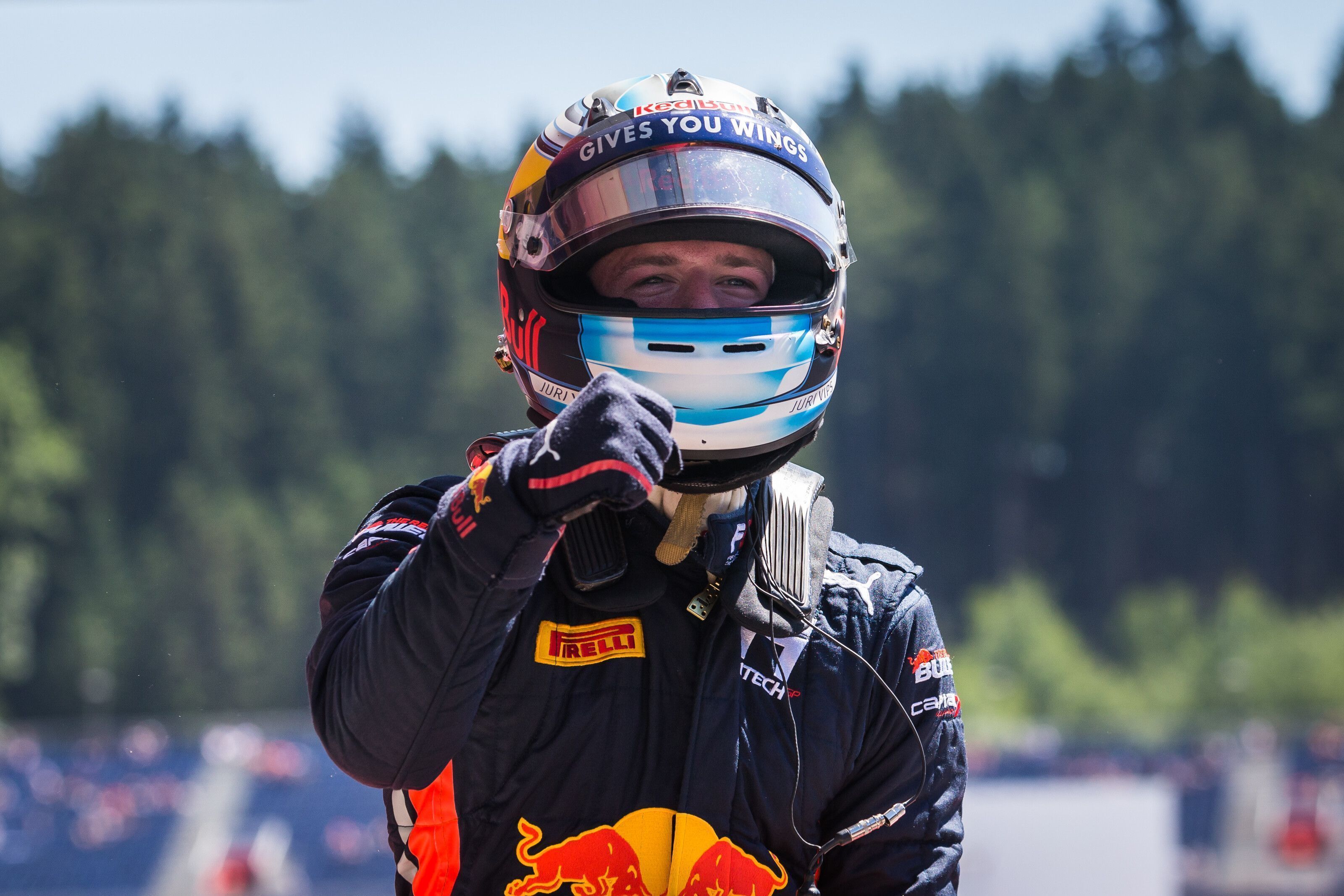 The F3 qualifying at Silverstone started with Prema’s Marcus Armstrong on top from Hitech GP’s Juri Vips and ART Grand Prix’s Max Fewtrell in the Top 3 at the halfway mark with the likes of Prema’s Jehan Daruvala and ART’s David Beckmann not far off.

In an alternate strategy to others, MP Motorsport’s Liam Lawson slotted in second in between Armstrong and Fewtrell with a 1m44.844s lap, while teammate Simo Laaksonen on the strategy could only manage 21st position.

The second runs threw open the F3 pole fight as Trident’s Niko Kari went quickest of all but he was beaten by Vips soon as the Finn was pushed to third by Sauber Junior Team by Charouz’s Fabio Scherer, who jumped to second with under two minutes remaining.

As the chequered flag fell, Trident’s Pedro Piquet jumped to the top spot but Prema’s Robert Shwartzman soon displaced him from there. It wasn’t for long as his Prema teammate Armstrong went quickest with Daruvala in second.

However, Red Bull junior Vips was improving still and the Estonian eventually did enough to score his first F3 pole for the feature race at Silverstone with a 1m43.902s as he pushed Armstrong (1m43.998s) to second by 0.096s and Daruvala (1m44.014s) third.

Having looked good in the middle part, Kari eventually dropped back to be 12th with Beckmann and Fewtrell also just managing 13th and 14th place results, while Sauber Junior Team by Charouz’s Raoul Hyman was 15th.