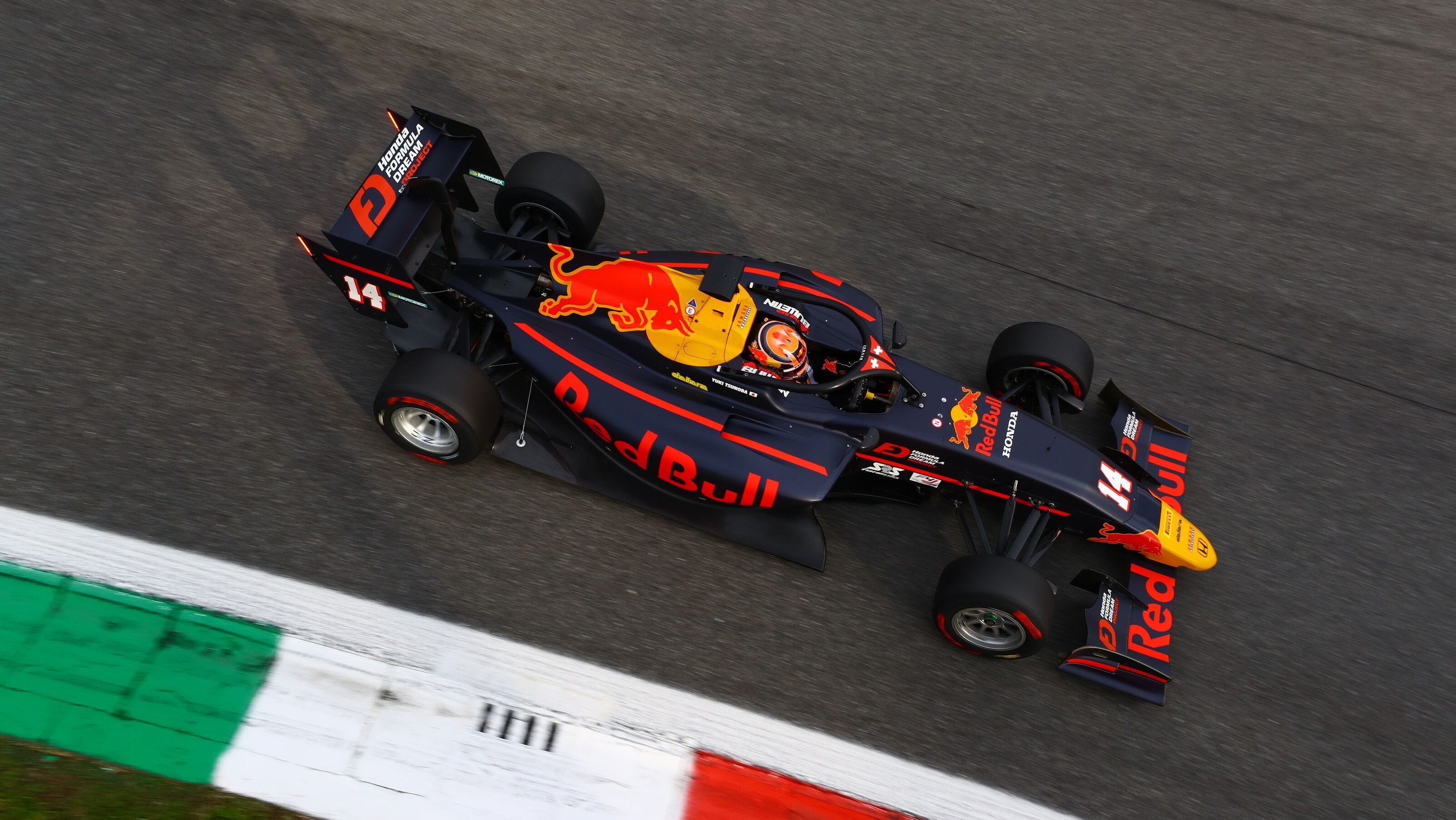 The wet Monza track for the sprint F3 race made it an interesting watch with reverse grid pole-sitter and Sauber Junior Team by Charouz’s Fabio Scherer dropped back with HWA Racelab’s Jake Hughes taking the lead.

Scherer fell back to even Jenzer Motorsport’s Yuki Tsunoda, who climbed up to second with MP Motorsport’s Liam Lawson in fourth from teammate Richard Verschoor to round out the Top 5 position.

There was also contact between Prema’s Marcus Armstrong and ART Grand Prix’s David Beckmann at the back. The slippery conditions, meanwhile, meant the track action was limited with Hughes leading Tsunoda.

On the move were Lawson and Verschoor as both got past Scherer to be third and fourth. The German lost two more places to Pulcini and Piquet towards the end to drop to seventh.

The fight for the win intensified as the race progressed with Tsunoda making a solid move to take the lead. Hughes did not back off as he came back on the Japanese few laps later, Tsunoda held on.

The fight allowed Lawson to make a move on Hughes, with the two Red Bull juniors then 1-2. Outside the Top 10, Daruvala was only 12th after losing out to ART’s Christian Lundgaard as Armstrong started to recover.

There was five-second penalty for HWA Racelab’s Bent Viscaal for leaving the track and gaining an advantage, while Carlin’s Teppei Natori was handed the same for causing a collision.

At the front, Tsunoda started to pull the gap as the Japanese scored his maiden F3 win in a Red Bull/Honda junior 1-2, with Lawson registering his second podium finish of the 2019 season.

Hughes tried to fight back on Lawson but had to be content with third as Verschoor was a close fourth. Behind, Piquet cleared Pulcini to be fifth as Scherer held off the challenge from Shwartzman to be seventh.

The Russian almost lost out to Lundgaard on the line but held on to extend his F3 points lead over Daruvala to 33 points, with the Indian having dreadful last few laps to be only 14th but was promoted to 13th.

He had the recovering Armstrong just behind him as Lundgaard and Carlin’s Logan Sargeant rounded the Top 10, with Hitech GP’s Juri Vips and Carlin’s Felipe Drugovich in between them and Daruvala.