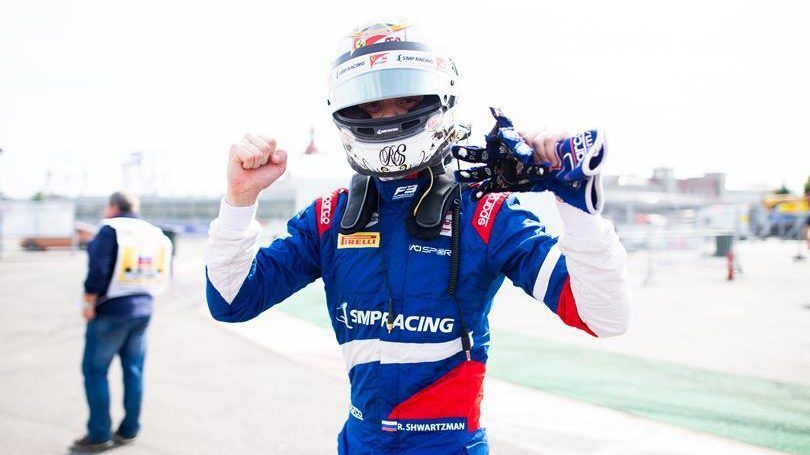 Pole-sitter Shwartzman hung on to the race lead to start the F3 feature race at Sochi with rain threat looming as teammate Marcus Armstrong moved to second from Trident’s Niko Kari climbing to third.

Hitech GP’s Leonardo Pulcini was fourth with ART Grand Prix’s Christian Lundgaard fifth as title contender Jehan Daruvala had the worst start to drop to sixth after the opening lap.

Daruvala made one move on Lundgaard when the Virtual Safety Car was deployed for HWA Racelab’s Bent Viscaal. Even before there could be a re-start, there was a full safety car period for Jenzer’s Charles Leong.

At the front, there was drama with Kari moving past the Prema drivers to take the lead with Armstrong slotting in second and Shwartzman behind. At the same time, Daruvala was battling around the Top 5 position.

It was Kari ahead but the two Prema drivers were close behind. As they fought for the lead, Shwartzman was the biggest gainer to get ahead as Armstrong dropped to fourth, even behind Pulcini.

But the Kiwi then got by Pulcini and also Kari to move back into second in his chase of Shwartzman. Meanwhile, Daruvala lost out to Vips and nearly as well to Hughes but got back the place.

He had a net fifth secured with Vips having a 10 second penalty after his hit VSC hit on Lundgaard. It was all in from Armstrong though as he clawed into the lead of Shwartzman and passed him on the final lap.

The Kiwi took his third F3 win of the season in Sochi’s feature race to lead a Prema 1-2 with 2019 F3 champion Shwartzman settling for second ahead of Trident’s Kari, who had his second podium of the season.

Pulcini was fourth after penalty to Vips with Daruvala finishing fifth from Piquet, who passed Hughes. Post his penalty, Vips was eighth with Hyman scoring his first points in ninth from MP Motorsport’s Richard Verschoor.

ART had no points as Max Fewtrell came close to Verschoor but did not manage to get by with Jenzer’s Yuki Tsunoda ending up 12th ahead of Hitech GP’s Ye Yifei, Lundgaard and Carlin’s Logan Sargeant.