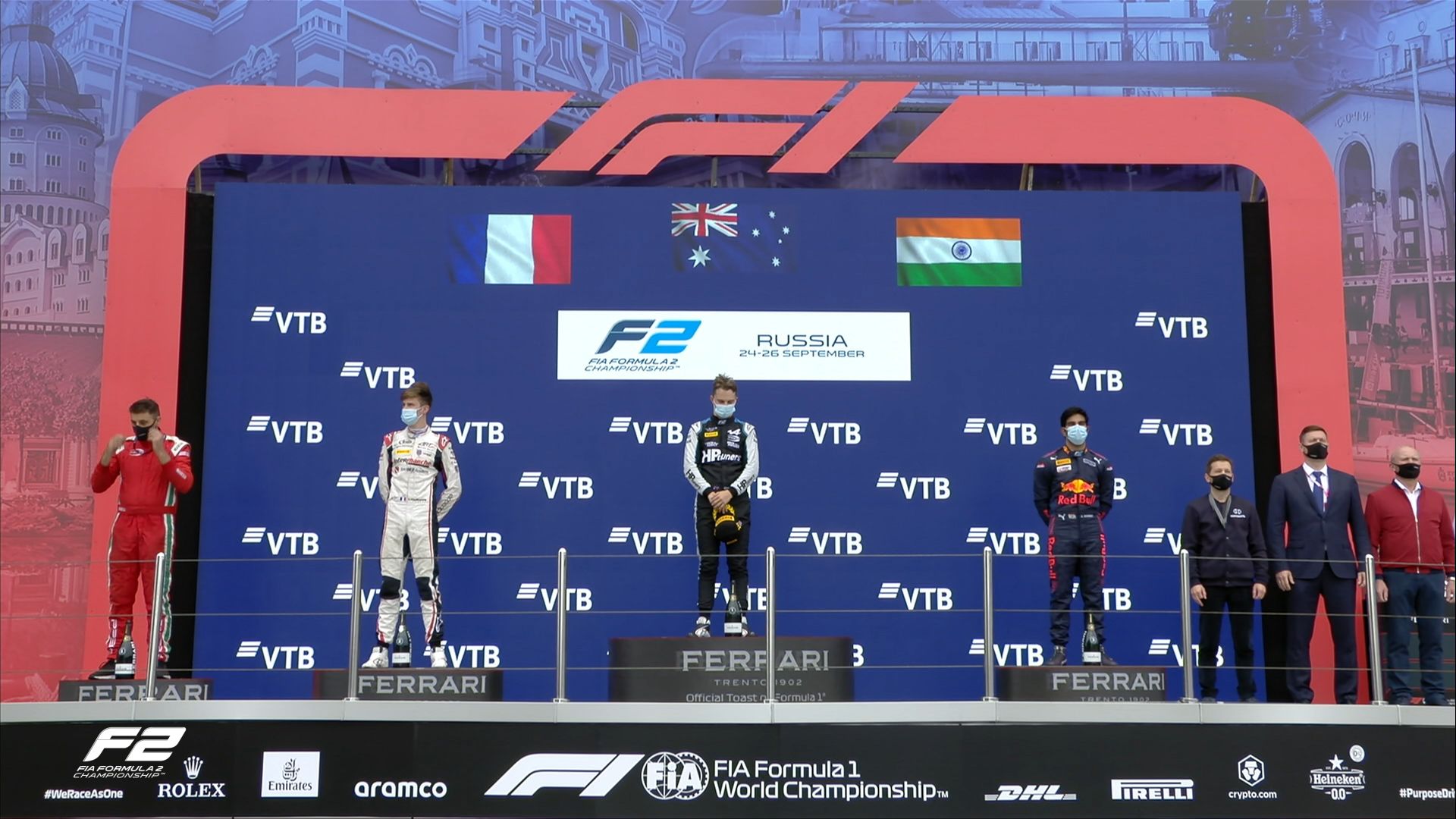 It was cloudy but dry running for the feature F2 race at Sochi, where pole-sitter Oscar Piastri got off the line well to lead in his Prema. Front-row starter Jehan Daruvala didn’t start well in his Carlin as he lost to ART’s Theo Pourchaire in the Turn 1 run-up.

A minor wide moment in the right-hander allowed Campos’ Ralph Boschung through to third, dropping Daruvala to fourth. Another to lose out was UNI-Virtuosi Racing’s Guany Zhou, who dropped to eighth from fourth after a bad run into Turn 1.

His teammate Felipe Drugovich was not cleared to start the F2 race after his pre-Race 1 wall hit. A spin for Trident’s Bent Viscall called upon the Virtual Safety Car but Piastri was unfazed as he led away from Pourchaire and Boschung.

Prema’s Robert Shwartzman moved up to fifth, as Hitech GP’s Liam Lawson dropped out of the Top 10, starting on the alternative strategy. His teammate Juri Vips had a torrid time after he was forced to retire due to a problem with his car.

Boschung started the pit stop melee with Daruvala and Shwartzman following him on the next lap. Piastri did so on the following lap, with Pourchaire taking another lap. The positions, though, did not change with the Australian still having the net lead.

They then had to clear the late-stoppers traffic one by one. Amid that, HWA Racelab’s Jake Hughes spun, dropping him out of the Top 10, while Carlin’s Daniel Ticktum started to make inroads in a race-long fight with F2 title contender Zhou.

The Chinese racer also had to battle ART’s Christian Lundgaard at one point, with MP Motorsport’s Richard Verschoor also in the mix in the Top 10. At the front, Piastri was busy clearing the late-stoppers, which allowed Pourchaire to close up a bit.

Once all done, Pourchaire did stay up on the tail of Piastri, with the gap hovering around 1.5s. Behind, Boschung started to come under pressure from Daruvala and eventually had a big lock-up to lose not only to the Indian, but also Shwartzman.

He steadied himself in fifth but the tyres started to let go and he was forced to retire, as Piastri took the feature F2 race win to extend his points lead over Zhou. Pourchaire scored more points to be second, while Daruvala made up for Race 1 spin to be third.

Shwartzman missed on a double home podium in fourth, as Ticktum held off Zhou for fifth. The alternate strategy did not work for Lawson after he was only seventh, having started eighth. Verschoor, Lundgaard and Campos’ David Beckmann rounded the Top 10. 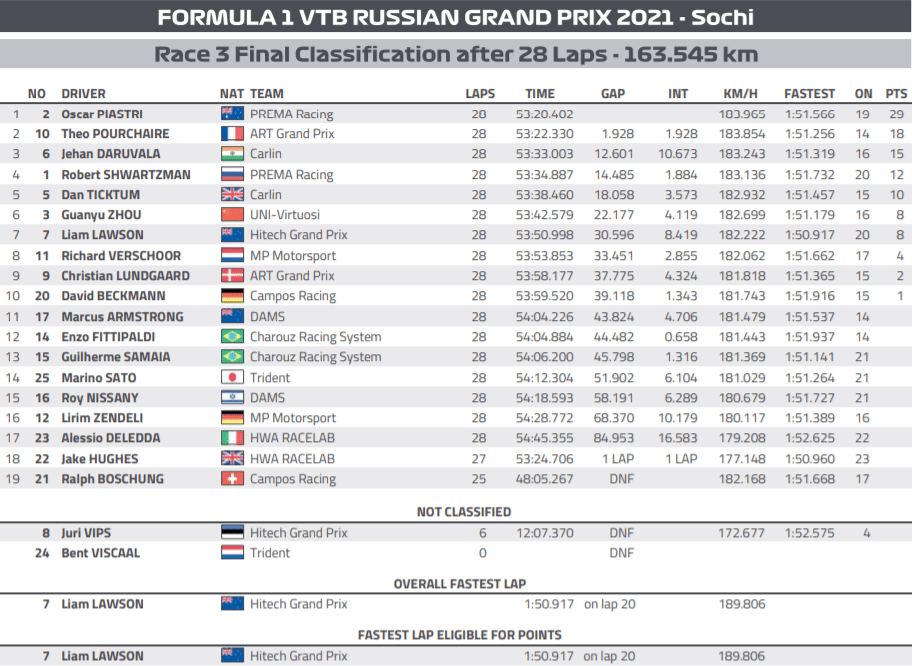 Here’s how F2 Race 1 panned out at Sochi