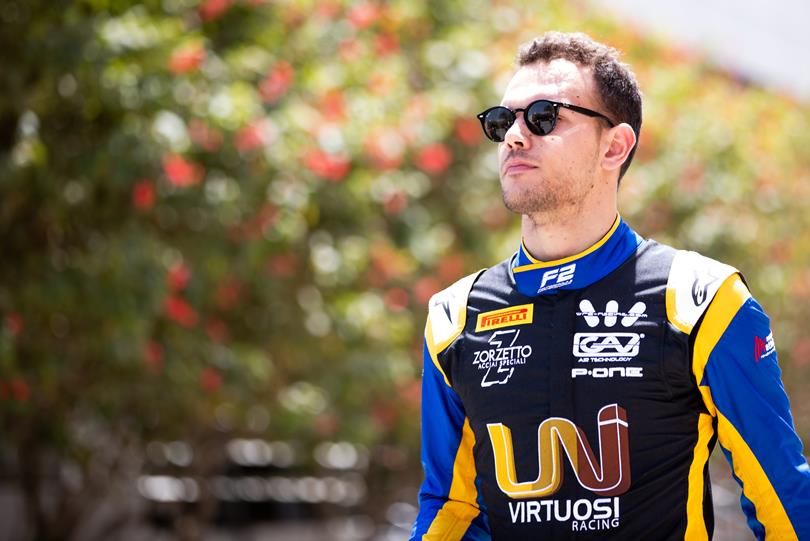 After his teammate set the pace in the lone practice session earlier in the day at Bahrain International Circuit, DAMS’ Nicholas Latifi took provisional pole when the session was red-flagged due to a crash for Ferrari junior and Sauber Junior Team by Charouz’s Callum Ilott.

The British racer had the ninth best lap at that moment in the session but dropped back once it re-started. Latifi headed Sergio Sette Camara and UNI-Virtuosi Racing’s Luca Ghiotto at the time of the red flag when Ilott made a mistake at Turn 7 and hit the barrier.

On re-start, Williams junior Latifi lowered the benchmark to a 1m40.964s with Renault tester and Campos Racing’s Jack Aitken (1m41.115s) slotting in second from Camara (1m41.310s) – with the Top 3 opted for a strategy to complete early in the session.

Aitken’s teammate Dorian Boccolacci (1m41.918s) was also on the same strategy with the Frenchman in seventh when he pitted. The rest of the field then took the track to beat Latifi’s time as ART Grand Prix’s Nyck de Vries (1m40.889s) went quickest first.

Latifi then dropped to fourth with Aitken in fifth as Carlin’s Nobuharu Matsushita (1m41.137s) slotted in sixth, with Prema’s Sean Gelael (1m41254s) doing a good job in seventh as Camara fell to eighth in the order.

The two Sauber junior drivers, Sauber Junior Team by Charouz’s Juan Manuel Correa and Arden Motorsport’s Tatiana Calderon ended up 12th and 19th respectively as Ilott slotted in 18th despite having missed the crucial part of the qualifying session.

Ferrari junior and Trident’s Giuliano Alesi was 15th with Renault development driver and UNI-Virtuosi Racing’s Guanyu Zhou in 17th. Among the eight rookie F2 drivers, Schumacher ended up as the best in 10th.