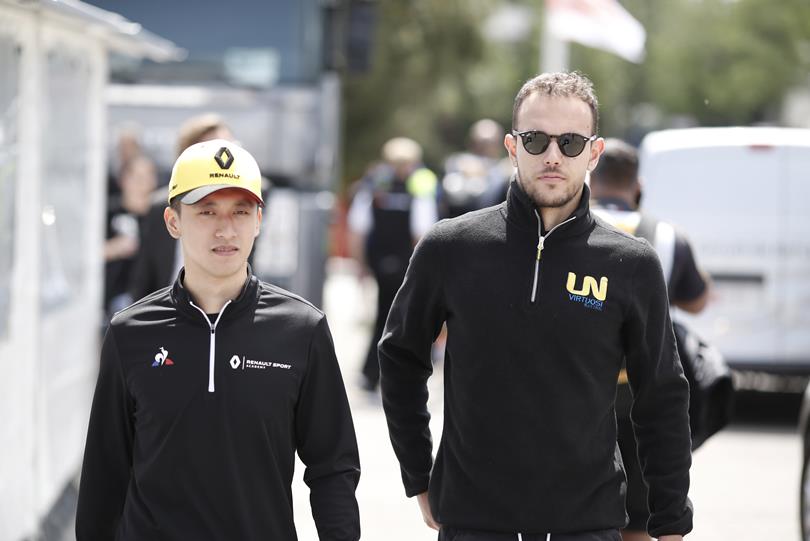 In a different strategy to other teams, the Campos duo took their second run early with Renault tester Aitken improving further to a 1m28.355s at the top, while teammate Dorian Boccolacci moved up to fourth after his best of 1m28.581s.

It almost ended up being a smart play by the Spanish team at its home event as traffic ruined most of the drivers’ laps in their final attempt but Latifi had other ideas as he struck a 1m28.212s lap to push Aitken down to nearly take his first pole.

But Ghiotto had other ideas with the Italian going even quicker with a 1m28.031s lap to take his second pole of the 2019 F2 season with the Williams’ reserve having to settle for second. It was UNI-Virtuosi Racing 1-3 with Zhou finishing third.

The Renault development driver set a 1m28.249s lap to secure his best qualifying result as well in only his third F2 weekend as he pushed ART Grand Prix’s Nyck de Vries (1m28.266s) to third after the Dutchman improved to second on his final attempt.

Among others, Ferrari junior and Trident’s Giuliano Alesi was only 17th ahead of the two Alfa Romeo drivers with BWT Arden’s Tatiana Calderon 18th and Juan Manuel Correa 19th – the former though will start last with a three-place grid drop from Baku.

UPDATE: Both the Campos drivers Aitken and Boccolacci have been given a three-place grid drop respectively with the former now to start from eighth and the latter from 12th in Saturday’s feature F2 race. The reason for the penalty goes:

“Their cars were both found to have used an undeclared rear part of the wooden plank during free practice. This is a breach of Article 4.4 of the 2019 FIA F2 Championship Technical Regulations.”