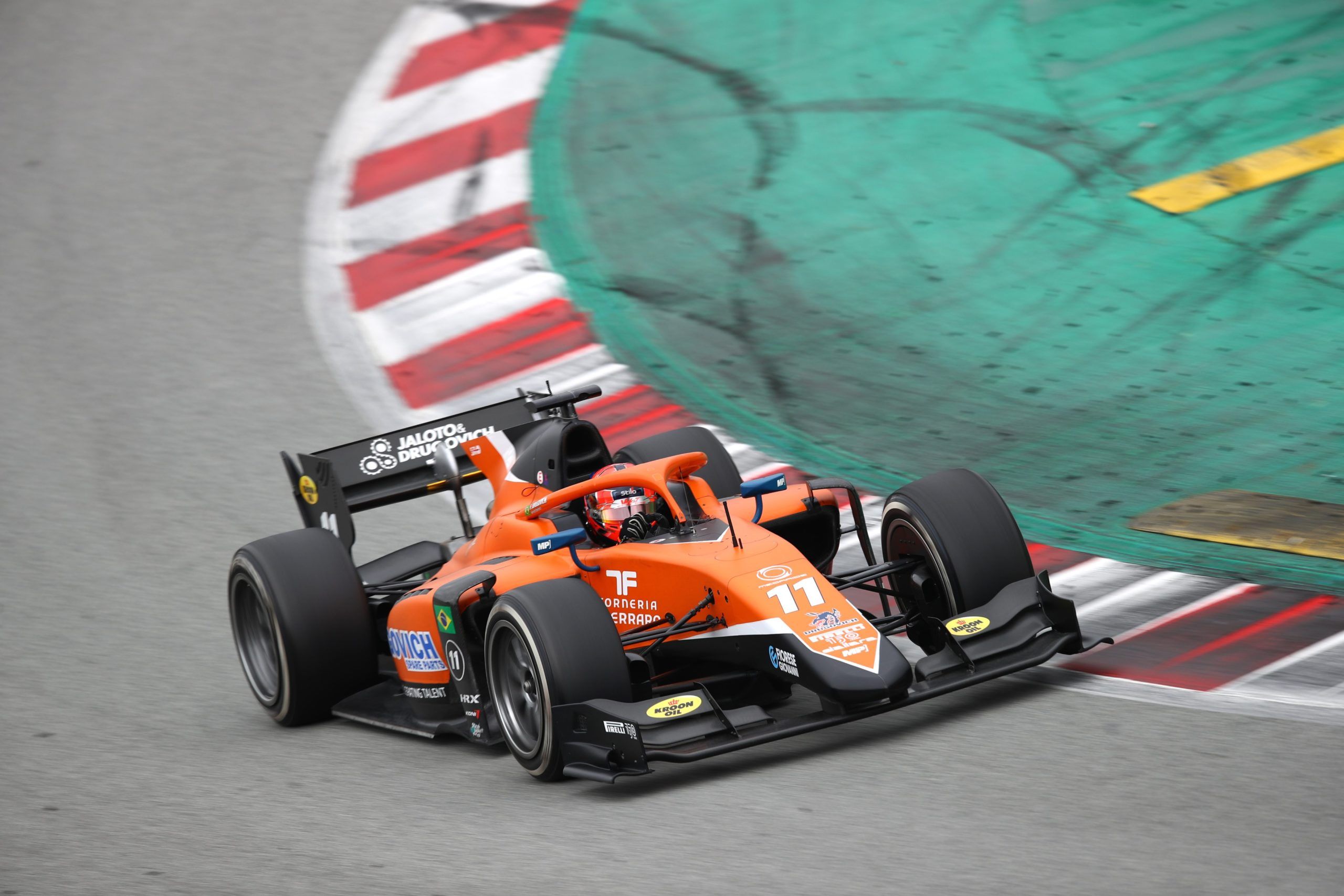 The jackets and jumpers finally came off in Barcelona as the sun made its first appearance of the test, and the teams wasted little time in getting out into the warmth for some representative Qualifying simulations.

Red Bull junior Lawson strapped on a pair of softs and set the baseline at 1:27.888, marking the quickest time of the test so far, and the fastest at Barcelona since changes were made to the track for 2021.

The PREMAs had also gone out on fresh softs but couldn’t quite match the Carlin for pace, with Dennis Hauger 0.057s off in second and Jehan Daruvala third, a further 0.074s down. Lawson found an extra 0.068s to increase his lead at the top before Clement Novalak’s MP Motorsport stopped at Turn 2 and brought out a Red Flag.

When running resumed, the Frenchman’s teammate, Drugovich headed out with a shiny pair of softs and took the time down to 1:27.529. Leading the mileage count, Alpine junior Doohan pumped out 50 laps in the three-hour stint, while also finding time to set the third fastest lap. Trident’s Richard Verschoor found enough pace to go fourth and knock Hauger down to fifth.

DAMS’ Ayumu Iwasa managed to go quicker than Daruvala for sixth place but was 0.460s off the quickest time of the morning. ART Grand Prix’s Théo Pourchaire was eighth as Charouz Racing System’s Enzo Fittipaldi made his first appearance in the top 10 this week, with the Brazilian 0.498s off Drugovich in P9. Logan Sargeant rounded out the top 10 for Carlin, with the first 17 drivers all within a second of P1.

After a brief delay due to track maintenance, the session began under the sun in Spain, with track temperature up to a moderate 22 degrees. The majority of the grid was focused on long runs and race simulations in the afternoon, with Vips setting the benchmark at 1:29.888 as one of just four cars on track in the opening 15 minutes.

The remainder of the field headed out shortly after, but no one got close to the Hitech driver, who finished 1.514s ahead of Van Amersfoort Racing’s Jake Hughes. Vips was one of three stoppages during the session, with the Estonian coming to a halt at Turn 3 in the final five minutes. Frederik Vesti and Dennis Hauger had also both stopped during the afternoon, with the ART coming to a standstill at Turn 15 and the PREMA pulling up at Turn 5.

2021 podium-finisher David Beckmann subbed in for Cem Bölükbaşı at Charouz on Thursday after the Turkish racer suffered a physical problem on Day 1 of testing. The German racer finished fourth in the final session, directly behind his teammate, Fittipaldi.

There were two VARs in the top five as Amaury Cordeel set a 1:31.801 to go fifth, beating out Virtuosi’s Marino Sato. Pourchaire was seventh for ART, ahead of MP pairing Novalak and Drugovich, while Marcus Armstrong completed the top 10 with Hitech. Calan Williams was the busiest driver in the final session, completing 47 laps of the Circuit de Barcelona-Catalunya in his Trident.