Home F1 F1 teams agree that CFD could be a substitute to wind tunnel... 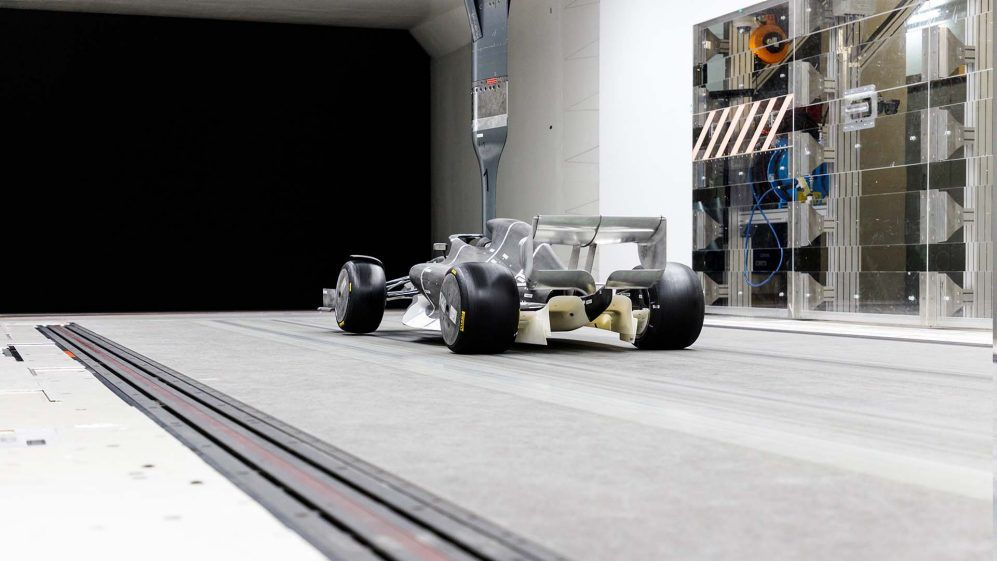 F1 teams agree that CFD could become a substitute to wind tunnel by 2030 as there is time at hand to develop it by then and make it more safer.

As an expansion of F1 cost-cutting campaign, there has been a proposal to phase out wind tunnels in the championship as soon as 2030, replacing it with Computer Fluid Dynamics (CFD) and supplementary on-track testing.

Wind tunnels have long been at the center of the development race in F1, and although in recent years the use of CFD has become more mainstream, wind tunnels remain key to the testing of innovations, adding a physical element to an increasingly-digitized process.

The talks about a ban took place post the Portugal event. Mercedes boss Toto Wolff says he would support a ban as has already been proposed, as he has confidence that reservations he has pertaining to the safety of such a rule will be irrelevant come 2030.

“I think there was broad agreement that over the long term this would happen but it’s such a massive regulatory change that also involves certain safety aspects,” said Wolff. “We must not forget that these cars are the fastest on the planet with the most downforce and we don’t want to experiment live with drivers in the car based on CFD.

It is also thought that such a ban could promote more exciting racing among competitors, too, as wind tunnel inequality is a cause for pace disparities between F1 teams. Wolff, though, says that Mercedes – a dominant team of the past seven seasons – has a wind tunnel no better than those of its rivals.

“As for our tunnel, it’s the same generation as a few others in the paddock,” he said. “We’ve worked on the tunnel over the last years as has everybody else, and people tend to say there is a silver bullet, that the tunnel is very good or the tyre analysis is very good, or the engine is very good but it’s always the combination of everything.

“Therefore, I think setting a target like 2030 banning wind tunnels is a path that works for everybody and is going to help us make the sport more sustainable from the financial side.” Haas F1 chief Guenther Steiner felt it was too early to decide on the same.

He will, however, support the ban if everyone is on the same page to end its usage. “Technology is advancing in big steps, so I think we don’t need to decide now, but going in that direction I think would maybe be the right thing to do,” said Steiner.

“I think it’s too early to come to a complete conclusion but, if it is like this, if everybody is the same, this is what we are going do, I will support it.” There was support from other quarters as well, especially with the timeframe set of about 10 years.

Renault’s Marcin Budkowski reckoned the earlier discussions derailed because it was always about banning it in two-three years time which is not possible but a long-term approach can help in development of CFD as well to work as a substitute to wind tunnels.

“It’s not a new topic, it’s been talked about for a little while,” said Budkowski. “I think the key on this kind of significant technical infrastructure is to do it with enough anticipation. Today, wind tunnels are an essential part of the development of a F1 car and the risk by doing everything with CFD so in numerical simulation is that you get to the first race and the car behaves completely differently from what you expect and you have a hard time actually getting back on track so the risk is that people just lose the corelation with the track and a tunnel is an important element of this.

“Now, F1 loves a challenge and I think if you tell us that in ten years’ time we’re going to move away from something that’s an essential part of the development, because we’re going to have to ramp up the simulation part of it, I think it’s do-able.

“Every time the topic came up before it was ‘let’s ban them in two years’, ‘let’s ban them in three years and that just wasn’t realistic so as an objective for ten years’ time, which is in line with the sustainability message that we’re building around F1, I think it’s a realistic prospect. It’s still, over that period of time, it’s a challenge and it will change a lot in the way we develop cars.”

Alfa Romeo’s Frederic Vasseur termed it ambitious but in F1 terms, he felt, it was a challenge worth taking, especially with 10 years in hand. “It’s very challenging for us,” he said. “We’ve discussed this topic a couple of times. The conclusion now is that we could imagine to do it for 2030 but even like this, to develop the car, full based on the CFD project, it’s very ambitious.

“For sure it’s a challenge but I think the F1 is focused on the challenge and it makes sense to imagine something like this, if it’s sufficiently anticipated in ten years’ time is a good lead time for this kind of project, I think. So yes, why not? It could be ambitious for F1 but it makes sense.”

AlphaTauri’s Franz Tost reckoned that F1 has a lot of time in hand until 2030 to develop CFD and make it an alternative. “Until 2030 there’s a long anticipation time and CFD will develop quite rapidly,” he said. “You can see it or you could see it in the last years and A from harder side and B from the softer side, that means in part, nine to ten years, I expect that this technology has reached such a high level that you don’t need any more a wind tunnel.”