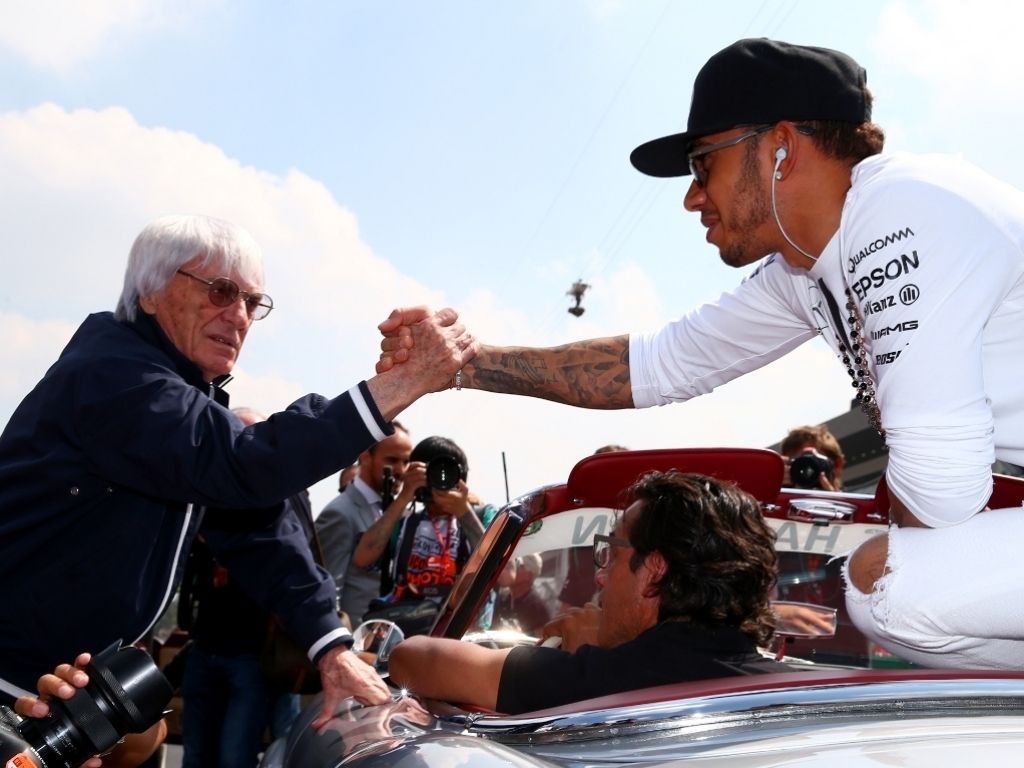 F1 has quickly distanced itself from Bernie Ecclestone stating that his role with the sport and company already ended in January.

The clarification from F1 comes when Ecclestone’s latest interview with CNN has made headlines for all the wrong reasons, especially with the topic of Black Lives Matter. When Liberty Media took over, the Brit was handed a honorary role with no power.

It didn’t state the extent but with this interview, F1 has revealed that it ended in January 2020. “At a time when unity is needed to tackle racism and inequality, we completely disagree with Bernie Ecclestone’s comments that have no place in Formula 1 or society.

“Mr Ecclestone has played no role in Formula 1 since he left our organisation in 2017, his title Chairman Emeritus, being honorific, expired in January 2020,” the statement from F1 read. This also comes at a time when the sport launched ‘We Race As One’ initiative.

Under it, F1 wishes to support diversity and be inclusive to all, considering the lack of balance. Chase Carey has already funded a Task Force with $1 million, which has been set-up to help under-represented people with internships and scholarships.

While F1 had seeds put in, in recent times but the current happenings with COVID-19 pandemic and Mercedes’ Lewis Hamilton bursting into the scene with vocal support, the sport pushed on quickly to initiate whatever help they can provide.

Speaking more on the new ‘The Hamilton Commission’, Ecclestone stated: “I don’t think it’s going to do anything bad or good for Formula One. It’ll just make people think which is more important. I think that’s the same for everybody.

Ecclestone added that taking down statues wouldn’t change things but educating children will more impact. He felt, it will be better if they change the curriculum and educate the children and tell them what was done for a better understanding of things.

Returning back to Hamilton, Ecclestone also talked about the incident the British driver referred to in his commission announcement. During 2008 F1 Spanish GP, fans had their face coloured black which he took it as a taunt.

Ecclestone stated that he spoke with them then and the matter was settled down. “I don’t think anyone bothered about it before,” he said. “I think it’s an important issue, but it’s been there so long [and] nobody’s done anything.

“Why didn’t someone do something two or three years ago? They’re too busy trying to win races or find sponsors or something. I’m surprised the 2008 incident concerns Hamilton. I’m really unhappy if he took it seriously.

“I never thought he did. I didn’t think it affected him. I don’t know why the people did all of that anyway. Was it against him personally or what they thought?” The quick response from F1 shows how they are in no mood for undue controversy.

UPDATE: Hamilton has responded to the comments made by Ecclestone. He even shared photos from the 2008 event where fans coloured their face as black and wrote ‘Hamilton’s family’ on their shirt. 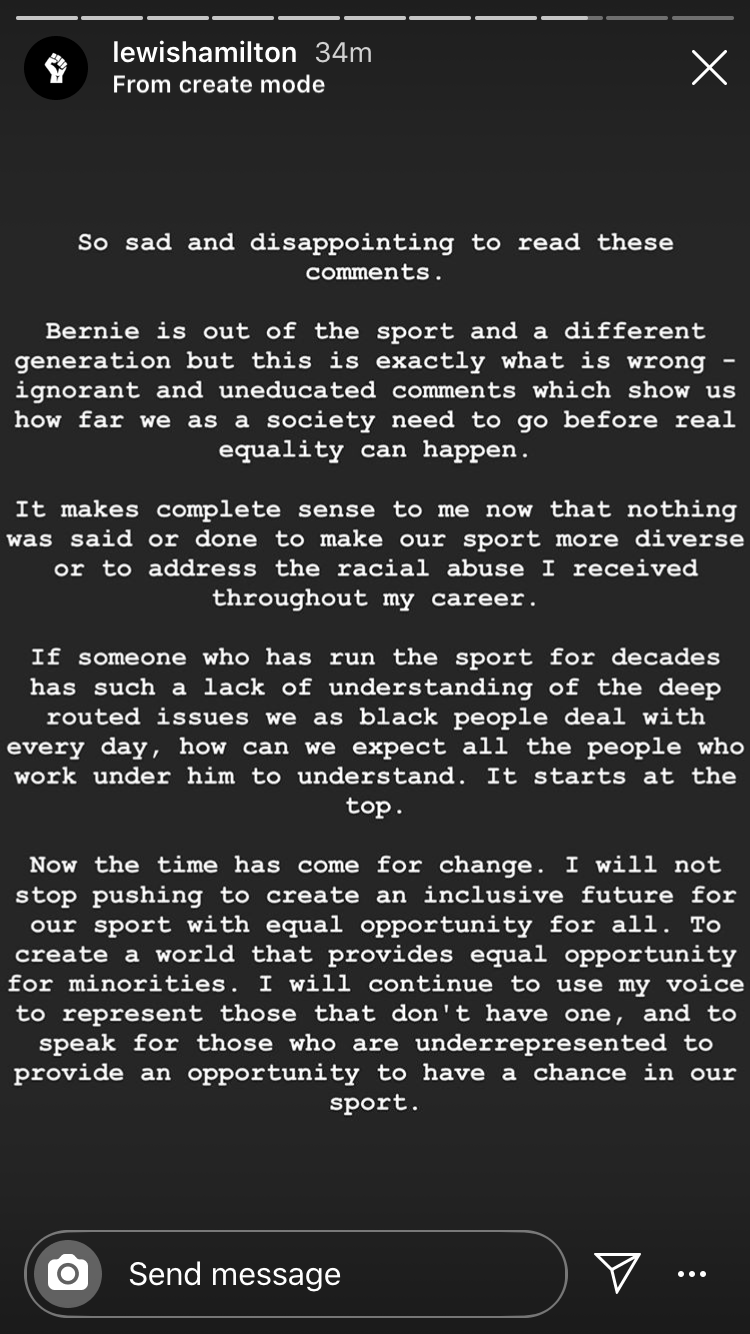 Here’s details of new initiative ‘We Race As One’