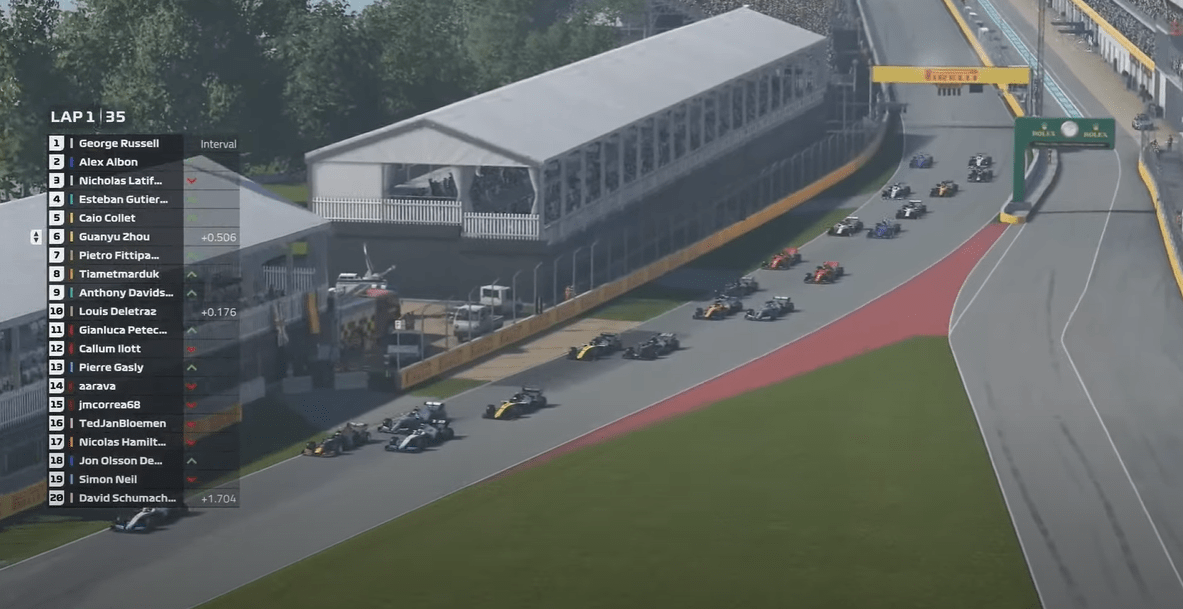 F1 has released details of the viewing figures of both social media and TV of all the Virtual GP held along with other ESports races.

With the 2020 season coming to a halt due to COVID-19 pandemic, F1 resorted to ESports as it launched Virtual GP starting with the Bahrain round. The first event was hastily done but it gradually became a norm with sim racers also racing in Exhibition races.

The F2 and F3 drivers had theirs under Virtual Racing. In all, there were seven Virtual GP from Bahrain until Canada with the races in Vietnam held at Albert Park and Netherlands at Interlagos as the two tracks do not feature on the F1 2019 game by Codemasters.

Taking into account the Virtual GP races, F1 stated the social media accounted for 21.8 million viewers from Youtube, Twitch, Facebook and also Chinese platforms like Weibo and Huya. The Challenge events had 1.9 million views, while Exhibition races had 2.5 million.

The TV figures was estimated to be over five million, taking into account all of the countries where it was broadcasted. F1 noted that the Twitch accounts of several racers like Charles Leclerc, Lando Norris, George Russell, etc, had further 2.7 million viewers.

“Now the series has come to an end, it gives us a chance to reflect on the huge success that it has been, which is reflected in the very impressive viewing figures and engagement stats,” said Julian Tan.

“Our aim at the start of this journey was to provide live sporting action for those craving some racing relief, and now as we and the teams, whom we are extremely grateful to for their support and commitment throughout the series, turn our focus to the 2020 season and the F1 Esports Series, we can be proud that we were able to provide such entertainment to our fans, and beyond.”

Aside the viewing figures, F1 noted that it gathered 695 million impressions across multiple social platforms it has and had over 85 million views on video content throughout the series. Also, the Vietnam event was #1 trending event on Youtube in the UK.

Here’s how the last Virtual GP panned out