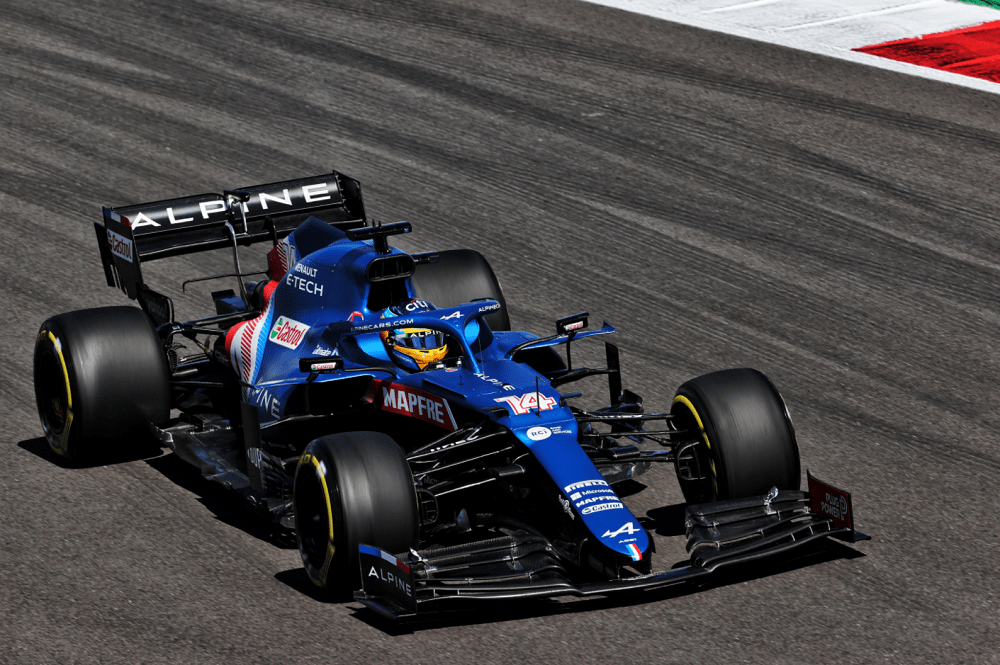 The Friday in F1 Portuguese GP was much more sedate in terms of incidents but grip issues was a problem across all the teams, among other things.

Although the Algarve circuit provided a bit more grip than last year, but the overall consensus after Friday in F1 Portuguese GP was lack of it for many, with the slippery conditions not allowing them to set a quick time when they desired to do so.

Mercedes duo shares the top position with Valtteri Bottas doing so in FP1 and Lewis Hamilton in FP2. Red Bull’s Max Verstappen was there about as he had larger complaints about the lack of grip with the tyres, which hampered his learning.

The tyre choice was another aspect, where most felt that they could have been one step softer for the weekend. “In terms of pace, it was not a bad start – I think we are there or thereabouts,” said Bottas. “It’s going to be close, no doubt. Quite similar feelings to last year here, it’s a slippery tarmac and the rear of the car is pretty loose in places, so it’s not easy to get clean laps.

“For me, the softer we went with the compounds, the more tricky the car became, and the Medium tyre looks to be working best. The track has improved from last year, slightly more grip and definitely a step in the right direction. It is going to be important to get the heat in the tyres in the right way – it’s going to make a big difference. It will be close between us and Red Bull and could swing either way. Whoever finds more lap time overnight gets pole,” summed up Bottas, as Hamilton concurred his F1 teammate.

Post-session, Andrew Shovlin revealed that they found some damage on both the cars, which slightly affected their car performance, hinting that they have more pace in them. Meanwhile, from Red Bull side, Verstappen stated: The conditions are very similar to last year and the tarmac is super slippery. The tyres have of course changed and we all lost a bit of grip from the cars compared to last year.

“It’s very tricky out there and not easy to switch the tyres on which is a shame because it seems to be all about tyre preparation and temperature. It’s the same situation for everyone so we just need to make sure we are on top of the car so we can make the best out of it. It seems tight with Mercedes this weekend again and the car felt alright but we still have some work to do, that’s for sure,” summed up Verstappen.

His Red Bull F1 teammate Sergio Perez had a mixed run, where he couldn’t get a clean run on the soft compound. In fact, the Mexican admitted that he felt more comfortable on the medium tyres than the soft but added that they will have to find some time to be in Top 5.

While both Mercedes and Red Bull reckoned that Ferrari could be in the mix – especially on one-lap pace – both Charles Leclerc and Carlos Sainz quietly felt confident to do so. Among their closest F1 rivals McLaren and AlphaTauri, they looked to have better pace.

The surprise in the mix was Alpine, where both Fernando Alonso and Esteban Ocon ended up in Top 6 in FP2. “It was quite a good start to the weekend,” said Leclerc. “It was fun to drive, the track was very slippery and especially with the wind it was tricky. It’s a real pleasure to drive in these conditions.

“You are always on the limit with the car and I really enjoy that. FP2 was a lot of fun, there were a lot of gusts of wind all around the track. We completed the whole programme we had planned and it looks like we are quite competitive. The short runs were good, the long-runs a little bit less so and I think that is the main weakness for me, so I still have to work on that.

“We are all very close and I think it will come down to who makes the least mistakes in qualifying and the race,” summed up Leclerc, as F1 teammate Carlos Sainz stressed on getting the most of all the compounds. He concurred about the slipperiness of the circuit and reckoned that they will have to be better placed than Imola.

After two average runs, Fernando Alonso felt much better in Portugal, even though the track was slippery. In fact, both he and Esteban Ocon managed to set a good lap time. “It was a good practice day for me and the most comfortable I’ve had this season compared to Bahrain and Imola,” said the Spaniard.

“I was happy with the setup of the car quite early in the day, so I concentrated mostly on becoming more acclimatised to the circuit and then evaluating the tyres over the two sessions. There is still lots of data for us to analyse, but it’s a good start to the weekend. I enjoyed driving the circuit for the first time in a Formula 1 session, but I think traffic could be a challenge in qualifying,” summed up Alonso.

Interestingly, McLaren had another slow start, much like Imola. While Daniel Ricciardo felt comfortable all-through, Lando Norris reckoned some issues here and there hindered his run. The former noted that it is on him to find a bit more pace with confidence.

The latter concurred and was confident that they can find some pace for Saturday. Another F1 outfit lacking a bit of pace was AlphaTauri, as both Pierre Gasly and Yuki Tsunoda found the car not in-sync with the track, especially with the low grip scenario.

“It’s been quite a difficult day, the car doesn’t feel that good so tonight we need to analyse everything and see what we need to do to improve, as we’re not currently utilising our full potential,” said Gasly. “Compared to the last few races, we’re really struggling on braking in the low-speed areas, so we need to look at what we’ve changed.

“Obviously, the conditions and layout are very different here – it’s quite slippery – so we might need to make some different adjustments to usual. The midfield is so tight at the moment that we have to work on this a lot tonight to find the extra time – two or three tenths at the moment can lose you six or seven places, come qualifying, so it really is crucial,” summed up Gasly, who wishes to continue with his Q3 record.

His rookie teammate Tsunoda, reckoned, he struggled to gel with the F1 circuit, which is brand new to him. He felt he made progress throughout the day, but with such a close field, he couldn’t penetrate into the Top 10 positions just yet.

In the similar boat like AlphaTauri was Aston Martin, where Sebastian Vettel couldn’t find the right balance to strike a good lap. Teammate Lance Stroll did so, but it wasn’t enough for him to be any higher in the Top 10. Meanwhile, in the lower half of the F1 field, it was still Williams, Alfa Romeo Racing and Haas.

While George Russell found some pace to be a little higher, the British F1 racer noted that their performance will be dependent on the wind factor on Saturday and Sunday. He admitted to be struggling hugely with higher wind in FP2, where he finished 13th.

His teammate Nicholas Latifi didn’t have the same confidence as he did so in Imola. The Canadian admitted to driving a different car than last time and needing some work to do overnight to be better on Saturday. He was in the mix with Alfa Romeo and Haas suo.

Kimi Raikkonen stated that the wind and slippery conditions made it difficult for them, while Antonio Giovinazzi’s lack of FP1 run had him on the backfoot already. The F1 newcomer, Callum Ilott, though had a good time in his first FP1 session of 2021.

“I really enjoyed being in the car,” said Ilott. “The team made it as easy as possible for me to hit the ground running and it was an excellent opportunity to gain experience, make the most of this hour and help the team gather data for the weekend. This is not an easy track, but I was able to build confidence with every run.

“The first run on hard tyres was good and I was able to get comfortable with the car; when I made the jump to softs I was a bit caught out at first as there was a big grip increase, but I was able to get more of a feeling for where to exploit the grip towards the end of the session. Having worked with the team in the past really helped: all in all, it was a successful day, running consistently and learning a lot.”

The Brit is expected to return during the French GP weekend for another FP1 go. His former F2 rivals were at the back with both Mick Schumacher and Nikita Mazepin complaining of lack of grip. In what is an already a learning curve, the added grip trouble made it difficult for either, but fortunately, both managed to keep the car in one piece despite the challenge.