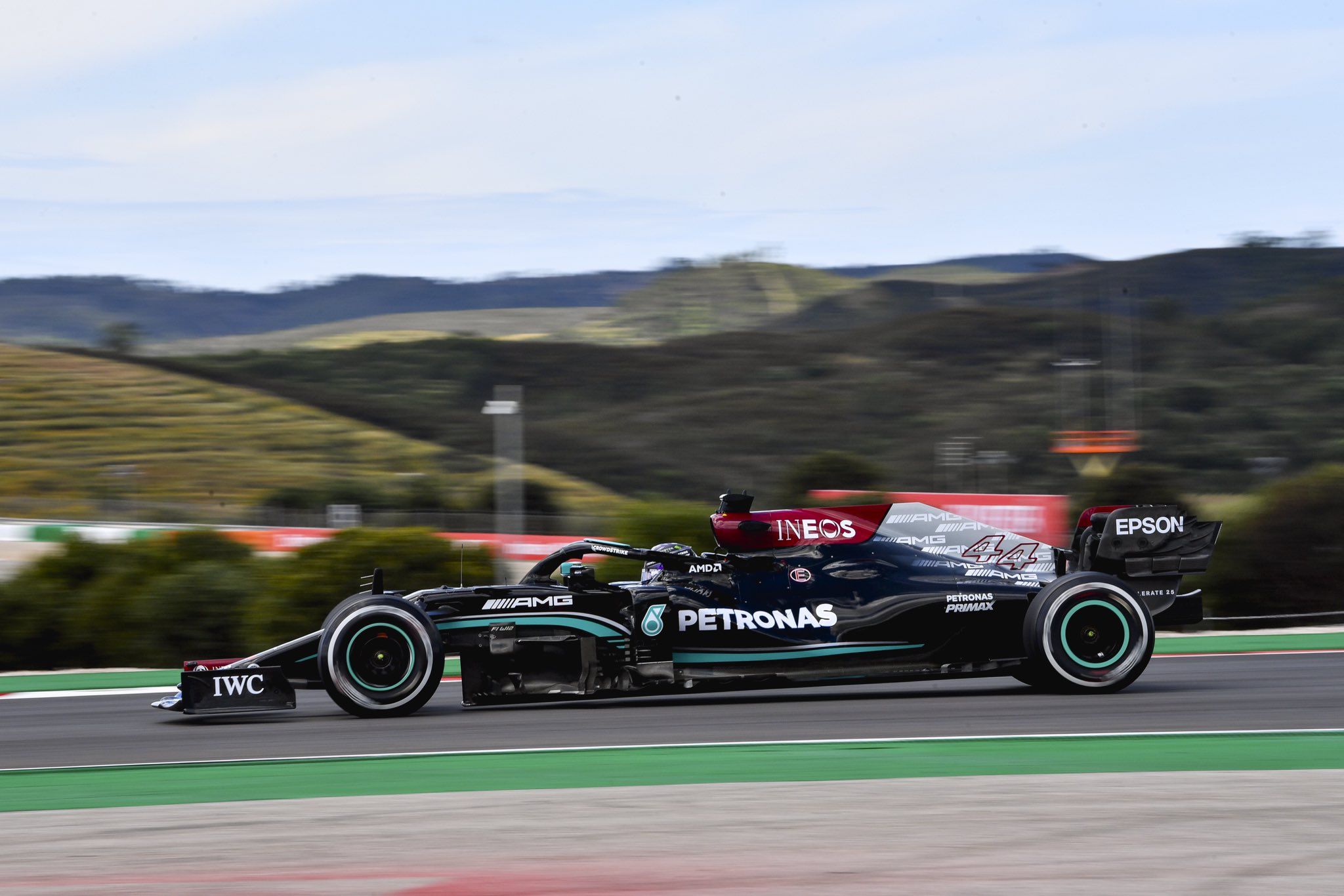 The start of F1 Portuguese GP FP2 session was delayed due to drain cover coming lose. They pushed the session by 10 minutes as they continued fixing it. Once it started, it was smooth sailing and was run for a full 60 minutes with no interruptions.

The Top 10 was rounded out by Aston Martin’s Lance Stroll (1m20.427s) and Red Bull’s Sergio Perez (1m20.516s), with the latter unable to get a clean run due to a Haas coming in the way. AlphaTauri’s Pierre Gasly was 11th from McLaren’s Lando Norris.

It was Kimi Raikkonen ahead of Antonio Giovinazzi, where the latter returned to action after missing FP1, as he led Haas’ Mick Schumacher, Williams’ Nicholas Latifi and Haas’ Nikita Mazepin, to round out the 20 runners in F1 Portuguese GP.

It wasn’t all plain sailing for the latter three, where Schumacher faced power loss in the middle of the session, but was able to continue on. Latifi had an off in the gravel, while Mazepin had a similar off but managed to keep it off the gravel.

A strong session for @LewisHamilton 💪