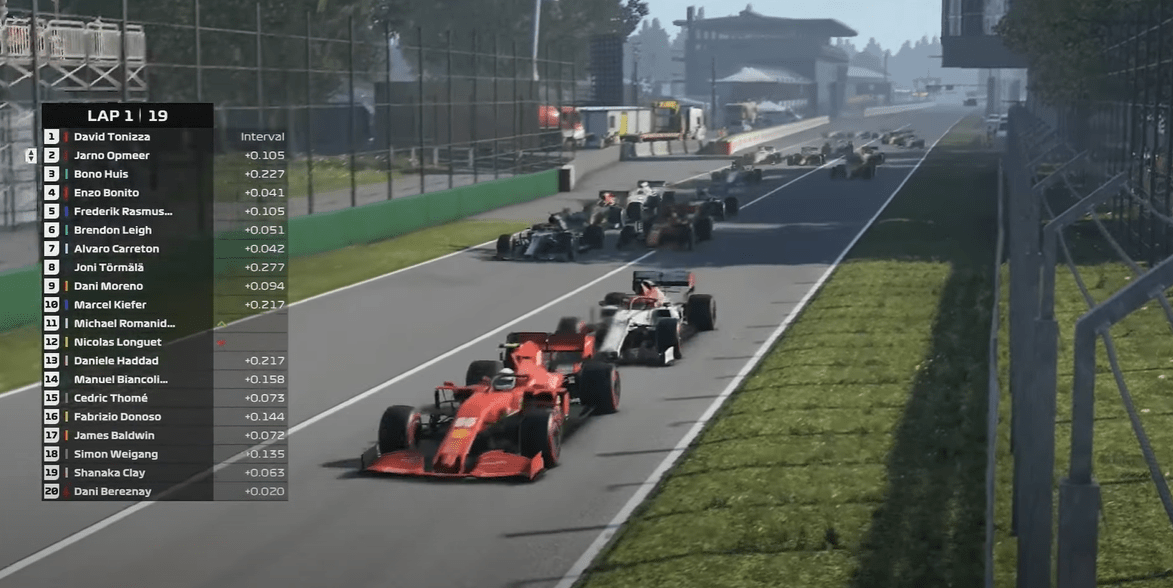 Renault, Red Bull and Ferrari shared race wins in Round 3 of 2020 F1 ESports series in Silverstone, Spa-Francorchamps and Monza.

After two days of action comprising event three of the 2020 F1 Esports season there were three victors, the first among them being Renault’s Nicolas Longuet. The Frenchman secured his first win in the virtual championship with a triumph at a digitized Silverstone.

He won after a fierce defense of his lead against Red Bull’s Frederik Rasmussen, who ran with a penalty. Joining him on the podium were McLaren’s Dani Moreno and Alfa Romeo’s Daniel Bereznay, both of whom where promoted by the penalties added to Rasmussen’s race time.

The second race of Wednesday evening, meanwhile, belonged to Rasmussen, but the headlines would be stolen by Bereznay, who claimed second in the Bus Stop chicane at Spa-Francorchamps on the final lap, denying Red Bull’s Marcel Keifer the P2 position, and rejecting his team a 1-2.

In Thursday’s solitary race – this one at Monza – Ferrari’s David Tonizza claimed victory, despite attacks from Alfa Romeo’s Jarno Opmeer, who would come a close second with Mercedes’ Brendon Leigh in tow.

Despite a difficult week of racing, Opmeer remains in the drivers’ championship lead with 153 over Rasmussen, who has 134, while Keifer is third with 121. In the teams’ side, Red Bull leads with 255 over Alfa Romeo, who has 223.