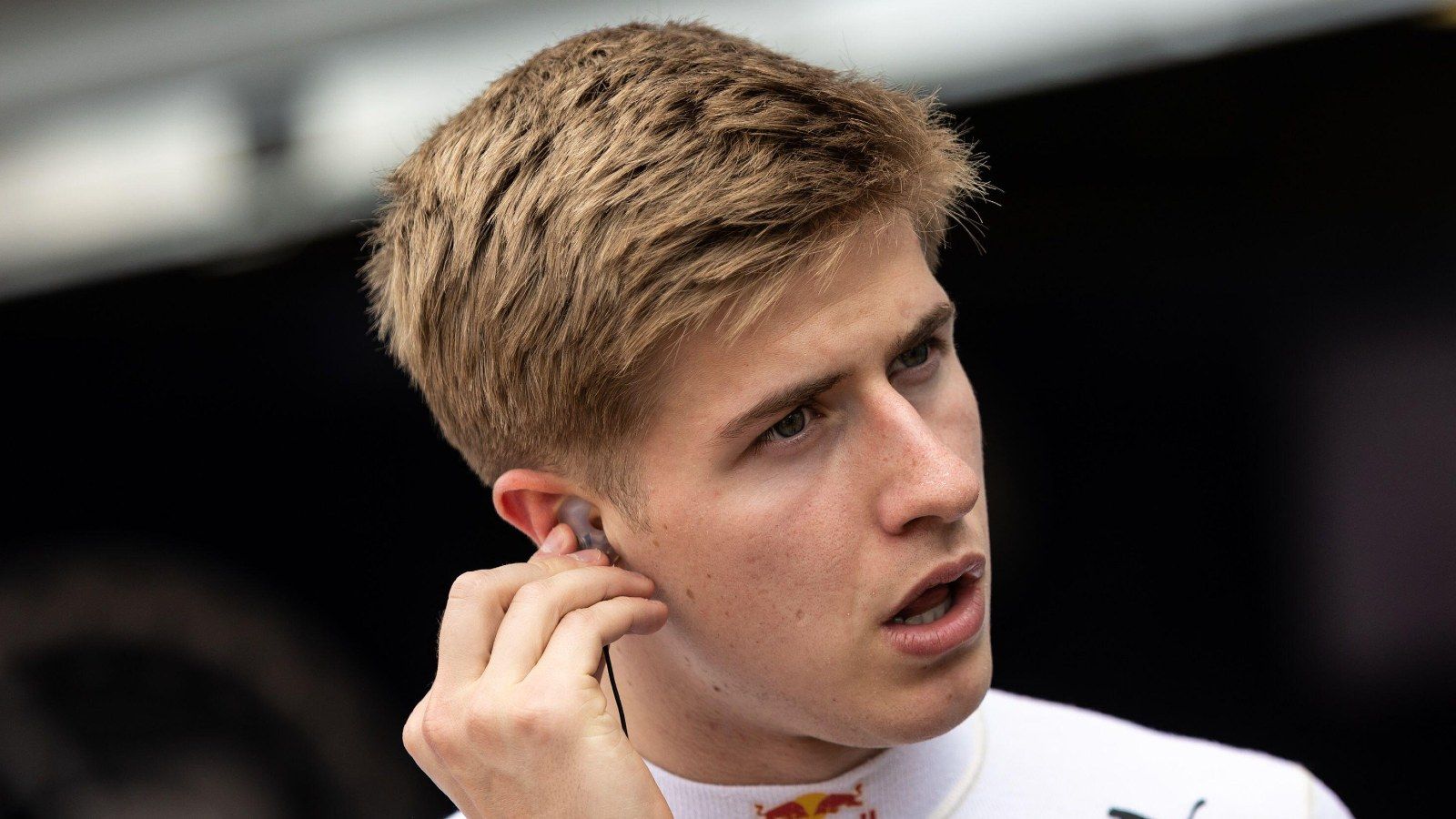 F1 drivers takes up the case of Juri Vips’ sacking by Red Bull, as the question of second chance pops up in the minds.

In the wake of the Nelson Piquet Sr’s racism slur on a podcast from some months back, this had been preceded by Red Bull junior Vips making a racist comment which forced the team to take a big stand towards the Estonian with the youngster being sacked. However, he has retained his drive in Formula 2 with Hitech GP for the season remainder.

But two incidents in very quick succession are a massive cause for concern. Other sports are very well known for its high level of racism which itself is a disgrace but motor racing would not go down this route. The sacking of Vips resulted in mixed opinions and the topic of whether a driver deserves a second chance came to light.

Here’s what some of the F1 drivers said:

Lewis Hamilton: “I think we are living still within the world, there’s still discrimination throughout the world so it’s still clearly all around us. You see it on social, you see it, again, these micro-aggressions that continue to come out and enough is enough. As I said, I’ve tried to take that higher road and avoid it but no one should have to brush off racism and it shouldn’t be for me to have to brush it off. So we need to know we need organisations, big organisations to take a stand.”

Lando Norris: “I think all topics have pretty much been covered. It’s very difficult to know. I think there is there is a difference between someone making, let’s say, a mistake and having used just wrong language and a wrong word versus and someone who is purposely trying to do it to discriminate and have it in the wrong meaning. But any racist language or slurs, whatever, are never accepted I don’t think any more or at all, factually. So I don’t know. I don’t think you’re entirely correct. I do see that just words do make a big difference. And the fact of how big something like this has become over the last few days, I think that already has a big impact. But I don’t think you can ask us what a deserved punishment is for someone that says something like that. You know, if it’s a genuine mistake, it’s hard to know that what that kind of punishment is and what’s deserved and what’s not. People make mistakes in life”.

“And careers, I don’t think, should just be ended because of something like that. I think you should be able to get forgiven and get opportunities other times and so on. But yeah, it’s tough whether that kind of line is ever drawn at times. So yeah, I’m not too sure. But it’s not accepted. I don’t think we’re not doing anything. I think we are doing quite a bit as a sport and as a community. And it’s hard to do certain actions. You know, if I asked you what single thing can we just go out and do, on top of driving, on top of doing everything else that we do, it’s not a not an easy thing. We do a lot I think. We speak up about it, we say these things, we’re talking about it now. I think already things like this have a good impact on everything. So we’ll continue to do that and have the best impact we can.”

Sebastian Vettel: “That’s very difficult to answer. But I think basically, it all hovers around empathy, you know. We need to be aware, if you look back, you know, some of the stuff that us humans pulled off in history is just very dark and very bad, you know, and it’s good to move on and say that this time has passed. But it’s very important to remember what happened. So not to just let it slip and be forgotten.  Because I think if you forget about things like this, then there’s a risk of, you know, these things happening again, in one form or another. So, you know, I think it’s setting the example on the one hand. People look up to Sergio or Checo, to Fernando, maybe in their home countries, but also around the world. And they think Checo is a cool guy. And, you know, whatever Checo says is cool. And, you know, if he says the right things, we believe the right things. I’m just making an example! But, you know, the whole of Mexico follows and thinks this is cool”.

“So, I think we need to find a way to express our opinions and express what we feel is right and what I think is right, you know, in terms of behaviour and setting the right example, so that kids looking up to us think that this is cool, and they will, in a way, copy and try to be like us, I mean, that’s the way I looked at Michael when I was young. He was the coolest guy there was and I loved him in many, many ways. I loved his driving, but if he said the car was doing this and that and if he said, I don’t know, wearing these boots or doing whatever, then you of course, you believe it, and you follow. So I think it’s about us, people that are in the public light, to tell the right stories, to carry that responsibility and have that respect. Now, of course, we are also people that do mistakes, just like everyone else of us. I mean, it depends on the crime, you know, I’m not the police. And I’m not going tell you what’s the…. Give me the offence, and I’ll give you the penalty, sort of. But what needs to change is that these little things that some people look at and say, ‘Yeah, but it’s not that bad, he didn’t mean it that way or maybe it came out wrong’.

“Well, I think you really want those people to think about what they’re actually saying. And to realise they have made a mistake, and to change their behaviour in the future. Because if it insults people, and if it is disrespectful and racist towards people, why would you want to hurt them? If you just think, why would you want to say these things if they hurt people. If you think ‘well, they’re not that bad’ but they do hurt people just leave it, just move on, in that regard, move on. Or educate yourself. Look back and see where they come from, and then you realise it’s not that cool. So I think it’s about setting that example, telling cool stories, and then when it comes to finding the right penalty or not, I think that’s very difficult to decide. But I think it’s, again, like I started, it hovers around empathy, I think forgiveness is valid. It obviously depends on what you’ve done. But in a way, what is clear is that we all do mistakes and it’s great if people try and help you on the way up again.”

Max Verstappen: “The team dealt with that also in a similar matter. He’s not part of Red Bull Racing at the moment as a reserve and test driver.  But I do feel that people deserve a second chance. Probably not a third, but things can be very easily said probably sometimes not even really thought about how badly it can hurt someone or influence someone. I know Juri also probably a bit more than the average person and he is actually a super-nice guy. And I think he really understood what he did wrong because, of course, he is also now in a very difficult moment now in his career, everyone judging him. Fair enough, What he said was not correct.  But I definitely think he deserves a second chance. I read the statement about F2 that they wouldn’t have done the same. But I think people deserve that second chance to show that they learnt from what they did wrong and actually go out there and show that you can be a better person or at least be more educated about what you are going to say.”

The question always remains if drivers should get a second chance with a warning. In the light of certain incidents in the USA some time back, the world has really come out in opposition to racism and 100% rightly so. In this day and age of social media and content, it is virtually impossible to step out of line in any facet of life. Both Piquet and Vips have apologised but in the case of the three time WDC, he may have more to answer.