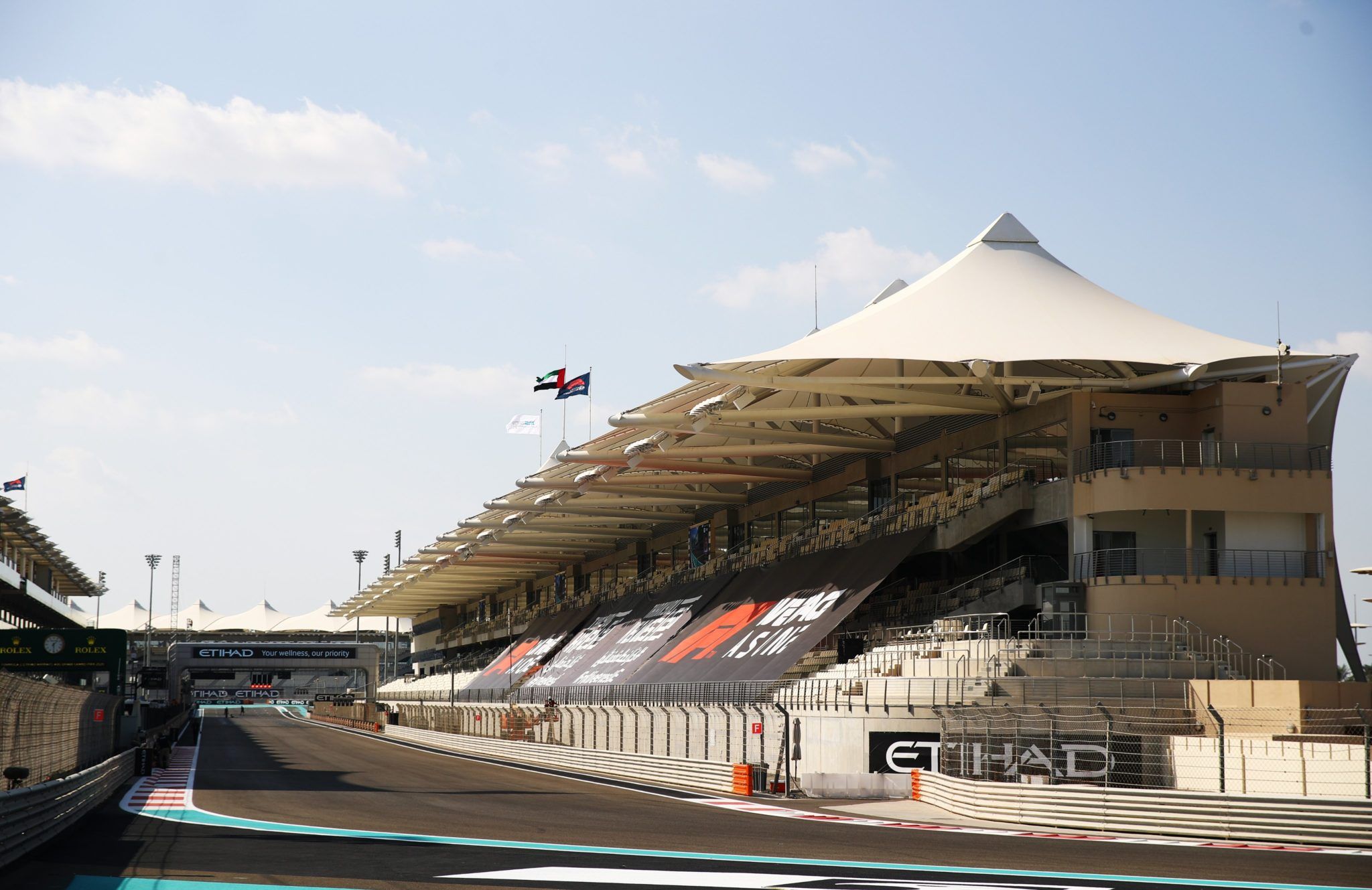 After all the changes made on the 2020 F1 calendar due to COVID-19, the Abu Dhabi GP remains as the final round as seen in the last few years. The Yas Marina circuit is not one of the highly acclaimed circuits but it does the job of being a season-finale.

Looking at the closed 2020 event, the FIA released details of the DRS zone, its stewards and also the track limits monitoring. For the former, it retains the two zones as seen in 2019, with the first’s detection point being 40m before Turn 7.

Additionally, Turn 11, Turn 12, Turn 13 and Turn 21 exit, will see F1 drivers having to re-join the circuit as per the given instructions. Here’s the full explanation from the FIA Race Director Michael Masi – this can be altered as the weekend progresses:

a) The dotted white line across the pit exit of the support category pit lane is the track edge.

a) A lap time achieved during any practice session by leaving the track on the exit of Turn 21, will result in that lap time and the immediately following lap time being invalidated by the stewards. A driver will be judged to have left the track if no part of the car remains in contact with the track.

a) In the case detailed above, the driver must only re-join the track when it is safe to do so and without gaining a lasting advantage.

b) The above requirement will not automatically apply to any driver who is judged to have been forced off the track, each such case will be judged individually.

They also stated that the bumps on the right-hand side between Turn 8-9 and Turn 11-12 have been constructed in concrete. Moving on to the stewards, they named Mika Salo, Garry Connelly, Achim Loth and Mohamed Alhashmi, as the ones for the F1 grand prix.

The on-track action will also see F1 teams test the 2021 C4 Pirelli tyres in FP2 session only, where unlike Bahrain – where C3 was tested – they will get one set each and drivers will have set eight timed laps on it. Pirelli has suggested teams to set the new compound at 21.5 psi at the front and 19.5 psi at the back, which is 1.5 psi and 0.5 psi lower respectively than the 2020 specification.

The F1 weekend will also see Fernando Alonso re-united with his 2005 Renault R25 – which has been prepped up by the team at Enstone, Viry and Rennwerk Company – after it was last used in 2006 for a demo run. The Spaniard will drive the car at selected time on Friday, Saturday and Sunday, before he jumps to drive the 2020 car on Tuesday.

On Ferrari side, it was also revealed that Mattia Binotto will head back home due to non-COVID-19 sickness. The Italian missed Turkey and Bahrain 1 but made it for Bahrain 2, to be able to travel for Abu Dhabi F1 race but mild illness forced him to remain in Bahrain and eventually fly back home. Laurent Mekies will take over his work for the weekend.

Following his social media antics, F1 and FIA has released their statement with regards to Mazepin, as they strongly support Haas’ decision to look into the matter seriously. “We strongly support the Haas F1 Team in its response to the recent inappropriate actions of its driver, Nikita Mazepin,” said a joint statement.

“Mazepin has issued a public apology for his poor conduct and this matter will continue to be dealt with internally by the Haas F1 Team. The ethical principles and diverse and inclusive culture of our sport are of the utmost importance to the FIA and Formula 1.”

Ever since the news broke out, fans have shown their displeasure over the matter, with many signing a petition even to remove Mazepin, not only from Haas but also F1. The social media account of the American outfit is filled with such responses.

It remains to be seen what can be done here. Both F1 and the FIA has left it on Haas to decide on the wrongdoings. While there is no legal case so far after the woman involved denied of any wrong on her but many believe it to be an assault.

Here’s details on the incident and Haas statement

The Abu Dhabi GP would have been the last F1 grand prix for Grosjean with Haas but it isn’t to be, as the Frenchman is at his home in Switzerland, recovering from the burns. Earlier in the day, he showcased his right hand without the plaster.

While doing so, he also went live on Twitch, where he answered several questions from the fans, relating to his future and well-being. Grosjean noted that he is not thinking about anything at the moment as recovery is the prime thing on his mind.

Having left F1 after ending its work as a communications head at McLaren, Bishop will make his return with to-be Aston Martin outfit from 2021 onward. The Brit has been hired as the Chief Communications Officer, after an offer was made to him.

Since leaving F1, he joined W Series to be its communications head. “Having been a Formula 1 journalist for many years, and having run the communications operation for a major Formula 1 team for a long time [McLaren, from 2008 to 2017], then having been centrally involved in an exciting motorsport start-up [W Series, from 2018 to 2020], I feel ready and able to devote my experience and expertise, and my enthusiasm and energy, to help make Aston Martin Formula 1 Team the huge success that it deserves to be,” he said.

“The BWT Racing Point F1 Team is already an extremely good one, and I am thrilled to be joining the great men and women who have made it just that, quite a few of whom I already know. But the ultimate potential of Aston Martin Formula 1 Team is limitless. Together, we have the opportunity to create something very special – and seriously successful.

“I am especially grateful to Lawrence Stroll , whom I have now met a number of times, and I am very proud to be one of a team of people who will work tirelessly to reward the faith he has placed in us. I am also very much looking forward to working with Lawrence’s son Lance, three times a podium finisher in Formula 1 despite being still only 22, and his vastly experienced team-mate Sebastian Vettel, a four-time Formula 1 World Champion.”

At the same time, Otmar Szafnauer added: “This is a key appointment as we prepare to launch the Aston Martin Formula 1 Team in 2021. Matt’s experience and knowledge will strengthen our existing media team and prove invaluable as we navigate the dawn of this exciting new era. It’s a signal of our intent to establish Aston Martin as a competitive force in the sport – both on and off track. Matt will add enormous value and enthusiasm to this project and we look forward to welcoming him to the team.”