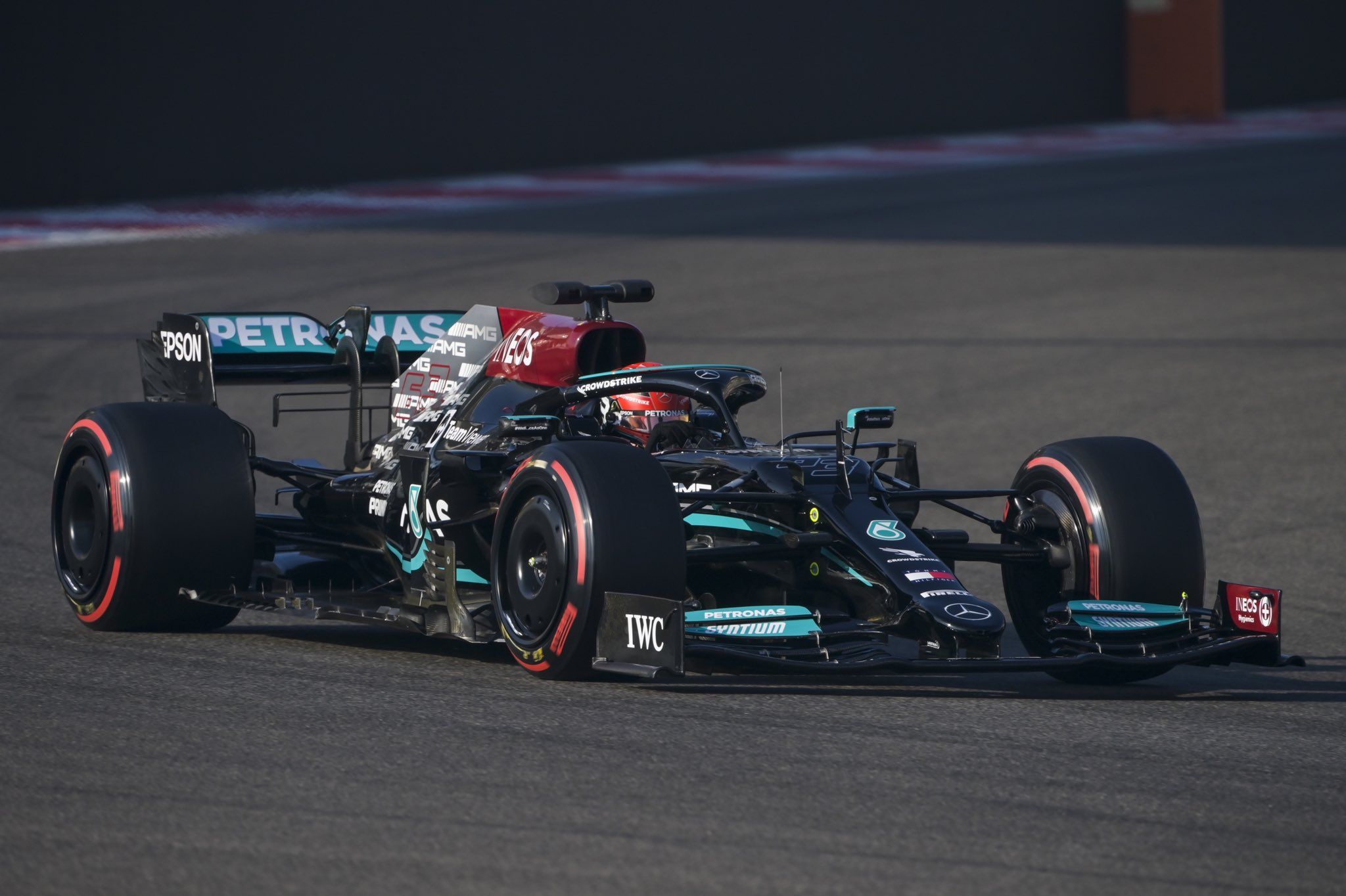 As expected the standings was headed by the young drivers in the current 2021 F1 cars as de Vries had the chance to drive the Mercedes W12. He posted a 1m23.191s time which was over a second clear from AlphaTauri’s Liam Lawson (1m24.517s).

Zhou got the chance to drive the current machine as a rookie and will get to drive the mule car on Wednesday. The Chinese driver headed Red Bull’s Juri Vips (1m25.198s), who caused a red flag after an off at Turn 14. The car suffered small damage too.

The Estonian led Aston Martin’s Nick Yelloly (1m25.333s) who got another chance in a F1 car, having done extensive simulator wok with the team. The leading driver testing the 18-inches tyres was Daniel Ricciardo (1m26.252s) in the McLaren in eighth.

Aston Martin’s Lance Stroll (1m26.579s) was ninth as Ferrari’s Robert Shwartzman (1m26.694s) rounded out the Top 10 where the Russian drove the current car. Charles Leclerc was 11th in the mule car which he shared with Antonio Fuoco.

Despite being under contract with Mercedes until December 31, Bottas was allowed to do the 18-inches tyre testing with Alfa Romeo in his first go with them. The Finn ran a special Christmas helmet and wore a plain white race suit.

AlphaTauri’s Yuki Tsunoda was 14th ahead of Williams’ Logan Sargeant, who caused a red flag as well due to power unit issue. His day ended early which completed the team’s time in Abu Dhabi as they are not running the mule car for 18-inches tyre testing.

Alpine’s Esteban Ocon was 16th from Red Bull’s Max Verstappen, fresh from his 2021 F1 title win as he completed a busy programme of 124 laps. His rival Lewis Hamilton missed the test with George Russell slotting in 18th for his first run with the team.

Russell will also drive on Wednesday as Hamilton is due to attend his knighting ceremony. The 19 runners list was rounded out by Haas’ Mick Schumacher as 12 F1 drivers completed more than 100 laps and four came close to doing so.

Here’s the details of 18-inches tyres and best times:

Who was the fastest of the #Fit4F1 18-inch runners today? See below to find out. Please note: the young drivers using 13-inch tyres aren't included on this table. @F1 @fia pic.twitter.com/55PjmnN8V7