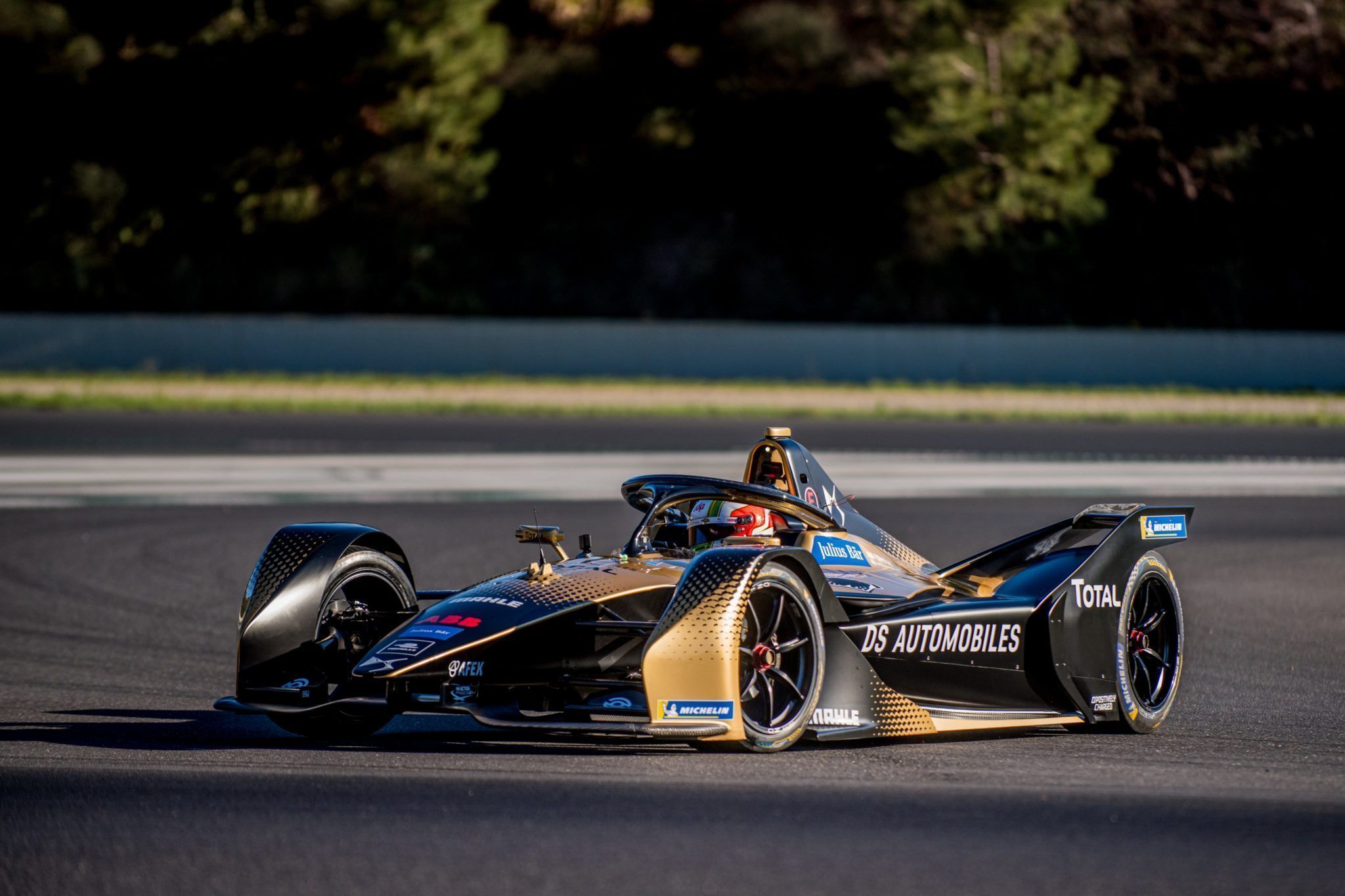 Defending champion, DS Techeetah, is latest to reveal its livery for the 2020/21 Formula E season. The car will be driven by the 2019/20 drivers’ champion, Antonio Felix da Costa, alongside teammate and former champion, Jean-Eric Vergne.

The combination remains the same with gold and black colours, but there is a different style applied for newness. The team also revealed that it will start the 2020/21 Formula E season using the 2019 old car, having opted to use that option.

They will bring their new Formula E car in April, thereby picking up the third option as per the FIA regulations for cost saving due to COVID-19. “Regarding this opportunity with homologation cycles we took the decision to develop two cars,” said Xavier Mestelan.

“For the first two events, we will use the season six homologation but with brand new software. The software is very important in Formula E, it’s the key to performance. After that, for the Rome E-Prix we will introduce the new homologation. It’s a brand-new powertrain with some ambitious technology. It’s very exciting as both drivers have already tested the [new] car and it seems to be very fast.”

The 2021 Dakar Rally will kick-start on January 3 and run until January 15 in Saudi Arabia, with six main categories to run. The rally will be flagged-off from Jeddah and end their after 12 stages. There will also be a Prologue before Stage 1 to fix the start positions.

“The world has been shaken to the core,” said David Castera. “Each and every one of us has felt the impact of the 2020 health crisis to some extent. Yet, over the last few months, the Dakar family has also been tried and found to be true to its spirit. My thoughts go out to all the people who had no choice but to sit out the 2021 Dakar despite their efforts and aspirations.

“However, I cannot hide my delight at seeing that there will be more than 300 vehicles on the start line in Jeddah, almost as many as last year. It means our emotional bonds with the Dakar can overcome huge challenges. Relying on the unyielding support of all the stakeholders in Saudi Arabia, the A.S.O. teams made the same show of determination as all these riders, drivers and co-drivers to organise the 43rd edition, make it happen and meet the competitors’ expectations.

“It is often said that being on the start line of the Dakar is a victory in itself. Come the 3rd of January, this maxim will be on everyone’s mind. Loyalty goes hand in hand with trust. Dakar fans have placed their trust in us. They have made the choice to follow us. Not blindly, but fully aware of how we do things and our sense of responsibility.

“In much the same way, our commitment to our core values has been our guiding light in preparing the 2021 Dakar. This is why we have taken new steps with a focus on navigation and safety. Our deeply held passion for nomadism spurs us on to continue exploring the deserts of Saudi Arabia. In our effort to keep the legend alive, we have also created the new “Dakar Classic” category for vehicles from the last century. After all, the ability to stay on track is crucial to doing well in the Dakar and a timeless recipe for success.”

Here’s the excerpt of the Prologue and the stages:

This appetiser will give participants the chance to ease into a competitive mindset. The race will take the competitors about 30 kilometres away from King Abdullah Stadium and feature a handful of sandy tracks where the temptation to just slide around the course will be hard to resist. Most importantly, the classification will establish a safe starting order for the next stage, with everyone right where they belong.

The opening special will be held entirely on tracks. The main challenge lies in stringing up one valley after another while avoiding the navigational hazards posed by the numerous intersections. Competitors will have to be on the lookout in the stony sections if they want to avoid flat tyres.

Here come the first dunes, which will appear in a section stretching for about 30 kilometres in the first third of the stage. Yellow dominates the kaleidoscope here, but the white dunes will provide a touch of contrast. A lengthy off-track section —the desert’s answer to “open space”— comes right before the final sequence of sandy tracks.

The gateway to the Empty Quarter provides the backdrop to this stage —pure, unadulterated desert. Competitors will get a hefty serving of dunes, albeit spread far and wide and in small chains. The special intersperses technical sections with faster parts. This high-stakes loop will give the fastest competitors their first opportunity to make a real difference.

If the link sector is included, this is the longest stage of the race, but the sporting part is unlikely to push the competitors to the limit. On the contrary, the focus will be on having fun at the wheel, even though the winding tracks will give participants no respite. However, it is worth keeping in mind that mistakes carry a hefty price tag even on transition stages like this one.

Patience is a virtue in rally raids, as will be seen on this long, hard stage, where competitors who fail to control their nerves are in for a bad day. Several elements will bring down the average speed, including a tough dunes sector near the middle of the special and the numerous stones that litter some tracks. Haste makes waste —or, in this case, a flat tyre.

The road to Ha’il will be 100% smooth and sandy. The course of this stage features dunes in all shapes and colours, testing the competitors’ ability to tackle them forwards and backwards! Bikers will face their greatest challenge here and even the toughest riders will end up with their arms like jelly. Some may even get to know the desert after dark… and have to settle for a very short rest day.

The marathon stage gets under way with a fearsome sequence of sand mountains and 100 km of up-and -down racing almost without interruption. Competitors will need to go gentle on their vehicles from the get-go to stop their engines from overheating. The first part comes to an end with a series of stony plateaus and a mix of winding and fast sections. The area set up for participants to work on their vehicles will be off-limits to everyone else.

The second part of the marathon stage tends to reward those who have been cautious in the first one. On top of the satisfaction of blasting through the sandy and then stony tracks of this special, competitors will get to enjoy the most majestic landscapes in the country… while keeping a close eye on the roadbook. If there is a time to whip out the camera, this is it.

The special will get going on the shore of the Red Sea and start with a ramble along the seafront. It will not be all smooth sailing, however, as the course takes the field to tracks that are sometimes fast but often too sandy to push the pedal to the metal. This stage’s length and variety place it among the toughest of these two weeks of racing.

There are not enough superlatives to describe the landscapes in the first part of this stage. The hilly areas that make up most of the rest of the course are just as breathtaking. However, the sandy tracks will provide an opening for navigation savvy participants to blast their way through the valleys.

The longest special in the rally will set the scene for the decisive showdown among the remaining contenders. Dunes are back after several days to separate the best from the rest in an ocean of sand stretching for almost 100 kilometres where time differences can be huge.

The last stage of the Dakar is not necessarily the easiest. The riders, drivers and co-drivers will still have to deal with the threat of chains of dunes, where getting stuck can easily spell the difference between a sweet ending and a bitter one. However, “celebration” will be the buzzword here, as the finish line on the shore of the Red Sea brings back memories of Lac Rose for some finishers.