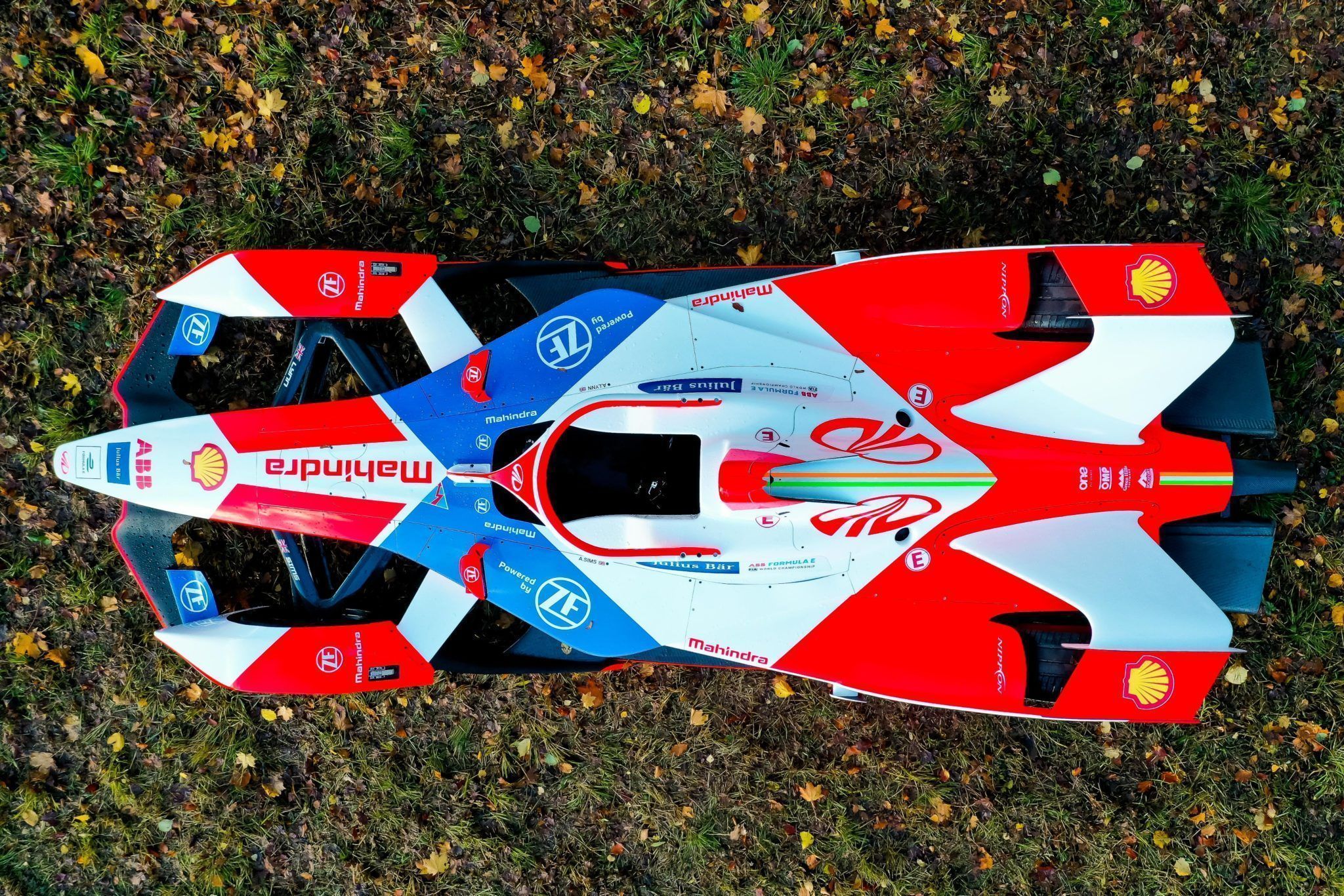 Alex Lynn has been named as the second FIA Formula E Championship driver for Mahindra Racing as the team reveals its 2020/21 livery.

Having already announced Alexander Sims as its first confirmed Formula E driver for 2020/21 season, Mahindra has now revealed Lynn as his teammate, with the British racer continuing on with the Indian outfit after joining them last year.

Lynn was drafted in for the last six races when Pascal Wehrlein decided to part ways and join Porsche. Mahindra announced Sims weeks ago but pushed the second name to until now with the 2020/21 Formula E season’s livery reveal.

The virtual event was hosted by ex-F1 racer Damon Hill from Mahindra’s United Kingdom base in the presence of Sims, Lynn and team principal Dilbagh Gill. The livery of M7Electro is similar to previous seasons with red and white remaining but blue has been added.

The blue is of its partner ZF Friedrichshafen AG, who have developed a brand new powertrain for the 2020/21 Formula E season. In fact, Gill noted of new parts almost everywhere on the M7Electrco – which has been named as Shakti and Simsulator.

Mahindra also confirmed Shell lubricants as its new partner, while Nick Heidfeld remains as the team’s special advisor. “I’m incredibly excited to be back for Season 7 of the ABB FIA Formula E World Championship and to be a part of Mahindra Racing,” said Lynn.

“I’ve had the opportunity of driving the M7Electro on numerous test days and we’re all pretty proud of what we’ve come up with. We won’t know our competitiveness fully until the lights go out in Santiago, but we are here to consistently fight for wins and podiums; that’s what the team go racing for and so do I.

“From that side I’m extremely excited and focused to be delivering the results that this hard-working team deserves.” His experienced teammate, Sims added: “I’ve spent the last few months embedding myself into Mahindra Racing, getting to know everyone and learning how everyone works, which has been great.

“We’ve done a lot of simulator testing, which has been extremely helpful, but it’s the track testing that we’ve done that has been invaluable and has gone well. It’s difficult to draw performance comparisons, but what I have got a feeling of is the system and software, which is crucial, and ZF have done a good job on the hardware side with the powertrain.

“Until we get to Valencia testing and the races, we won’t know where we are competitive-wise, but the initial feelings seem good and we are working flat out to continue to fine-tune and optimise our package. I am so looking forward to seeing what it’s like to drive in the races and getting our teeth into the season.”

And finally, Gill stated: “This is an incredibly exciting time for Mahindra Racing. We are heading into the championship’s (and the team’s!) seventh year in Formula E, and the first year ever as a World Championship series. Formula E has gone from strength to strength over this time and we are extremely proud to have been part of that journey from the very beginning.

“I am delighted to see the Mahindra Racing family grow this season with Maurice Lacroix and OMP joining the team, and I am looking forward to another season with the support of ZF Friedrichshafen AG, Shell and Voxdale. The team has been working incredibly hard to develop the M7Electro challenger and, with a strong driver pairing of Alexander Sims and Alex Lynn, I am confident that we will be back to securing podiums this season.”

Over at Extreme E, Veloce Racing announced the hiring of Jamie Chadwick for its inaugural season. The MRF Challenge and W Series winner becomes the female driver of the team, with the off-road electric series aiming to provide equal footing for both genders.

“I am proud to be driving for Veloce Racing in such a revolutionary championship as Extreme E,” said Chadwick. “I have been involved with Veloce for a very long time and they are like a family to me, so I am incredibly honoured to be their female driver for what is such an exciting and important race series.

“Climate change is something that affects us all, so I’m really keen to start doing my part to fight it. I can safely say that testing the car was one of the best and most fun experiences I have had in my career so far. I can’t wait to get out to the amazing venues where we’ll be racing next year; these are some of the most beautiful and endangered locations on our planet.

“Both on and off-track, it promises to be an incredibly rewarding journey.” At the same time, Ian Davies, Veloce Racing Team Manager, added: “We are delighted to have Jamie on-board at Veloce for the first season of Extreme E. She is a very quick, talented and committed young driver, with a pedigree that quite frankly speaks for itself.

“Having won titles in both sportscars and single-seaters, there is no reason at all why she shouldn’t transfer those skills and win in Extreme E, in what promises to be a very high-calibre field. Her first test in the ODYSSEY 21 during our shakedown in France last week was a very positive and encouraging start.

“Her experience from single-seater and GT competition was invaluable to the early development of our car – from quick driver changes to initial and mid-corner turn-in – and she had significant input into our engineering refinements. Jamie would be the first to acknowledge that off-road driving is completely new to her, but she is a fast learner and she listened carefully to everything we had to say, worked well with the engineers, took it all on-board and – most importantly – got quicker and quicker with every run. We are all very excited to see what she can achieve when we go racing next year.”

Here’s all of the Extreme E livery and calendar reveal