Home In the Spotlight Dovizioso speaks on positive run with Aprilia, eyes another test in Mugello 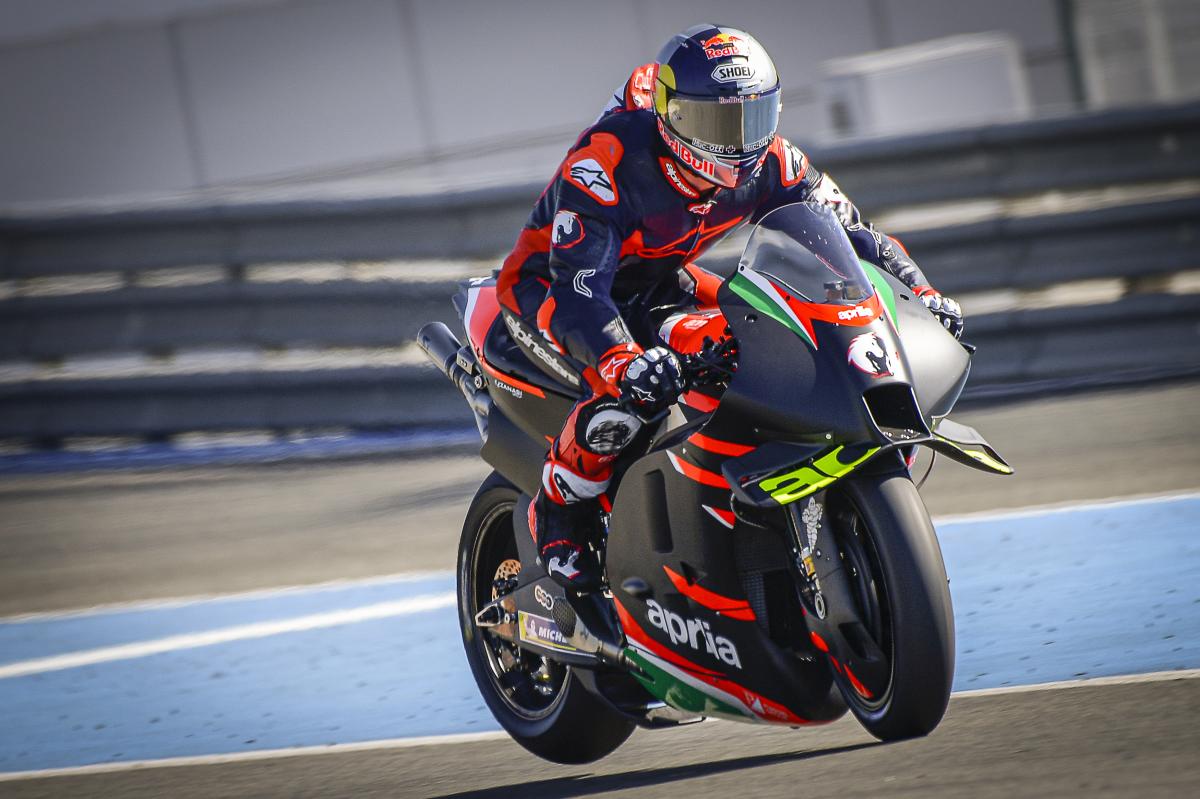 Andrea Dovizioso is done with his three days of running with Aprilia, which he terms it as a positive, but is eyeing another MotoGP test in Mugello.

With the idea still to have his MotoGP return in 2022, Dovizioso took his first step with a three-day test with Aprilia at Jerez. It was the first time for the Italian abode the RS-GP and first non-Ducati bike in about eight seasons in the premier class.

Dovizioso called it a smooth run, but didn’t wish to go into the details of the running or how different the Aprilia RS-GP felt from Ducati Desmosedici. MotoGP is still my passion and I would like to race next year,” the Italian started, when speaking to media.

“I think it was smart to be on track and I’m really happy because Aprilia gave me the possibility to do that in the right way. You can immediately feel the difference from what you rode in the past but to understand the details is very difficult. You have to push really hard but you also have to be comfortable on the bike to understand a lot of details.

“Like every bike, it has positives and negatives, which is normal, but I had a really good feeling,” summed up Dovizioso, as he opened about another MotoGP test run with Aprilia to understand the bike, with the modifications made for his riding style.

“We will do another test so we can work on some other details,” said Dovizioso. “I think we will organise another one at Mugello in one month more or less. At this moment, all we have on the table is this next test in Mugello. After one month, I hope Aprilia can make some changes to help with my position.

“If you want to push really hard, you have to look at the small details and to understand everything clearly you have to feel comfortable. Until you have that situation, I think it’s stupid to try to push.

“When you don’t feel comfortable, you’re not able to be on the limit during braking, entry and exit and you have to do that in order to fully understand all of the details. There are for sure some things really nice and some things that need to be better, but every bike is like that,” summed up Dovizioso.