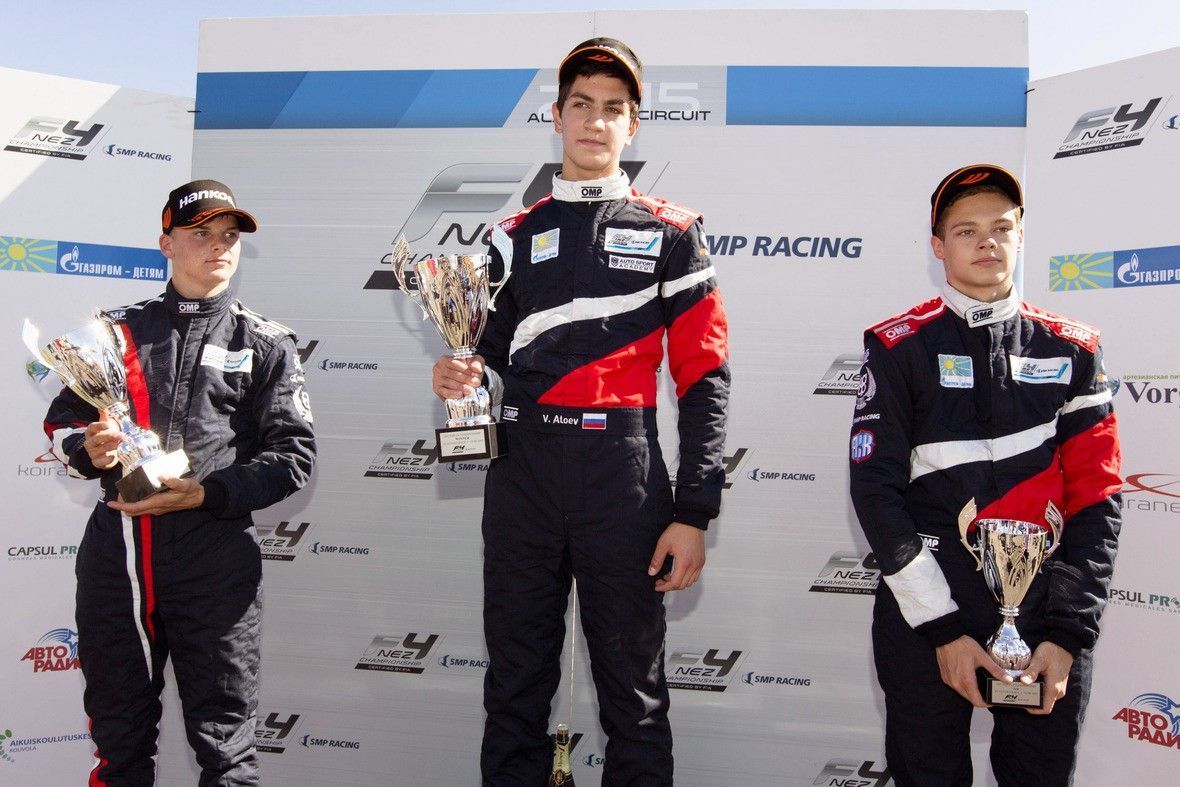 Vladimir Atoev arrived to Alastaro without any victory and third in the championship and now he’ll leave the track with 3 out of 3 victories there and a second place in the championship standings after win the afternoon’s race 3 at Alastaro. Kari and Ahmed rounded out of the podium.

With a staring grid decided on the second fastest lap of yesterday’s qualifying, Vladimir Atoev started from pole alongside Ivan Matveev at row 1, at row 2 there was Kari and Korneev. Yesterday podium finisher, Nerses Isaakyan started from seventh as Huovinen once again started from last position of the grid.

Kari confront this last race of the weekend with 38 points ahead of Atoev. The championship point’s leader made a great start from third to second, but Ahmed impressed everyone starting from ninth and taking the first turn at fourth place.

Early on like Race 2, Atoev and Kari escaped from the battle for third between Matveev, Ahmed and Isaakyan. Behind them in Evstigneev went off and abandon the race like what happened to Maslennikov, they were the only drivers who abandoned the race.

During the race we had several battles, Laaksonen had to drive defensive from the attacks of Korneev for sixth place. The Finland driver defensed well and finished on that position.

Luckier was Ahmed who showed us a great battle with Matveev who lost the podium position at half of the race. Isaakyan took advantage of that manoeuvre to outpace his compatriot. Then the young brother of Formula Renault 2.0 Alps championship contender, had a better tires conditions to try some action on Ahemed, but the British defensed well and finished on the last step of the podium.

Atoev completed a perfect weekend with a hat-trick of victories at Alastaro. Kari finished second again, doing a hat-trick of second positions this weekend. Enam Ahmed finished third, as Isaakyan was fourth, then is Matveev, follow by Laaksonen on sixth, Korneev on seventh, Nylund on eight, Huovinen on ninth and closing the top ten finished Sitnikov.

After this race Atoev cut the gap with Kari to 31 points, both have a good gap with Huovinen who is third in the standings, with 60 points behind Kari.

Next round of SMP F4 Championship will be in Estonia at Parnu circuit in a couple of weeks’ time.

You can see again the race here:

Here it’s what Atoev said after the race: