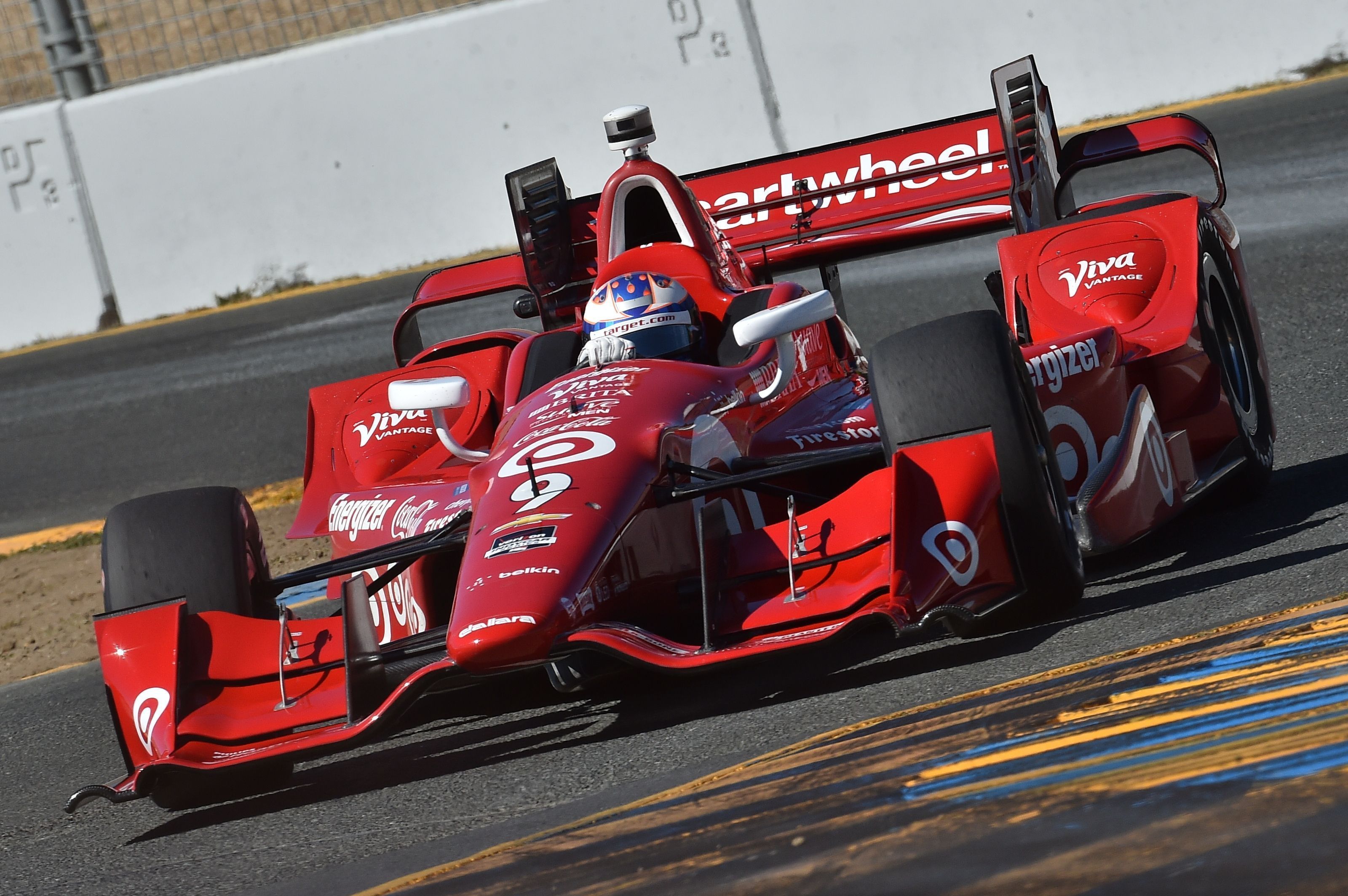 Scott Dixon has won the GoPro Grand Prix of Sonoma, his third victory of the season in IndyCar that was key in the championship fight, because he and Montoya tie, but that extra victory and double points convert him as 4 time champion.

For tenth consecutive year, the IndyCar championship was decided in the final round. And this season, sixth drivers had the chance to win it, there are: Juan Pablo Montoya, Graham Rahal, Will Power, Scott Dixon, Helio Castroneves and Josef Newgarden.

Dixon an unbelieve champion, a legend

That’s for sure that if you are reading this recap you know that Scott Dixon is the new Verizon IndyCar champion. It wasn’t an easy job for him but his incredible skills on saving fuel and go fast helped him a lot.

The Kiwi driver started from ninth place but in the start managed to overtake to fifth place. He was the first of the leaders who pits and this helps him a lot to get him in third position. And he then took the lead thanks to a pit stop during first caution, which helps him to progress towards the lead of the race.

A final, and once again, perfect pit stop helps him to get the extra point of being the driver who led more laps, helped him a lot to win the championship by 0 points over Montoya. The maiden victory for him in Long Beach, then in Texas and this finale race at Sonoma made him get one more victory than the Penske guy. Dixon is also the guy with most wins this season.

A season to remember, a finale to forget for Montoya

Juan Pablo Montoya came to Sonoma as championship leader after his earl wins in Saint Petersburg and Indy 500. Amazing and solid championship for the Colombian driver who isn’t that happy from Race Director decisions about the launches of cautions.

Penske guy started from fifth place and get fourth position. But in the first pit stop Montoya lost an important position with Dixon, but he kept the fourth position after the first caution, caused by Luca Filippi (CFH Racing) who was driving slowly in the track. After that caution, the Colombian made contact with his team mate, Will Power causing another caution and an extra pit stop because of front-wing damage.

This was a really unlucky moment for him that decides the champion. Anyway, after being on last position he went back on top8 after more cautions. He was frustrated for the early contact, but he only managed to finishes sixth to tie in points with Dixon, which wasn’t enough for him. It’s the third time ever in IndyCar history that championship end in a tie.

A race to forget for former championship contenders as well

The final of the race was a battle between Dixon and Montoya, but Rahal was very close of that championship. The top Honda guy had a bad strategy and he could not save fuel and tyres like Dixon and Montoya did. A final crash with Sébastien Bourdais (KV Racing Technology) when he was sixth, certainly leave him out of the fight.

Another one who bet everything was Power. He may not had won the championship but he led the early laps until cautions and the contact with Montoya. A third place in the standings thanks to his final seventh place, it’s a price of that though race he had lived.

Newgarden chances were really small. In a similar race like Power –driving all time till first caution behind him, the CFH Racing driver overtook him to try all his best but, in second pit stop, Newgarden watch his car stole and burning, that bring about his abandon, which made him down to seventh place in the final championship

But no way on Castroneves. Brazilian racer NEVER found his pace in this track like last year. He struggled a lot with red and black tyres and was not able to fight. Another championship lost by Penske historic driver, who didn’t take the advantage of his oval skills during the session.

The other race: podium finishers

Ryan Hunter-Reay completed such an incredible final this season after the Honda problems early this year. Two victories in Iowa and Pocono and a final second place at today’s race helped him to climb 5 positions and finish sixth in the standings, in front of team mate Marco Andretti who finished ninth.

Charlie Kimball got his second podium of the season, both in a double points races. Good strategy, tyre safe mode and fuel mileage, and also some cautions in good moments give the final step of the podium to the diabetic driver.

Out of the podium

Kanaan finished fourth and climb to final ninth place in the standings. Fifth was Ryan Briscoe who probably made his last race in the series. Sato was eight, Gonzalez finished ninth on his bets result in the series and the best rookie of the day. Tenth place for the Mikhail Aleshin in his return to the series.

Marco Andretti who led some laps finished 11th, then is Servià on Wilson’s tribute car. Saavedra 13th in front of the Sunoco Rookie of the season, Gabby Chaves. Castroneves, Pagenaud and Coletti completes the classification of 17 finisher drivers.