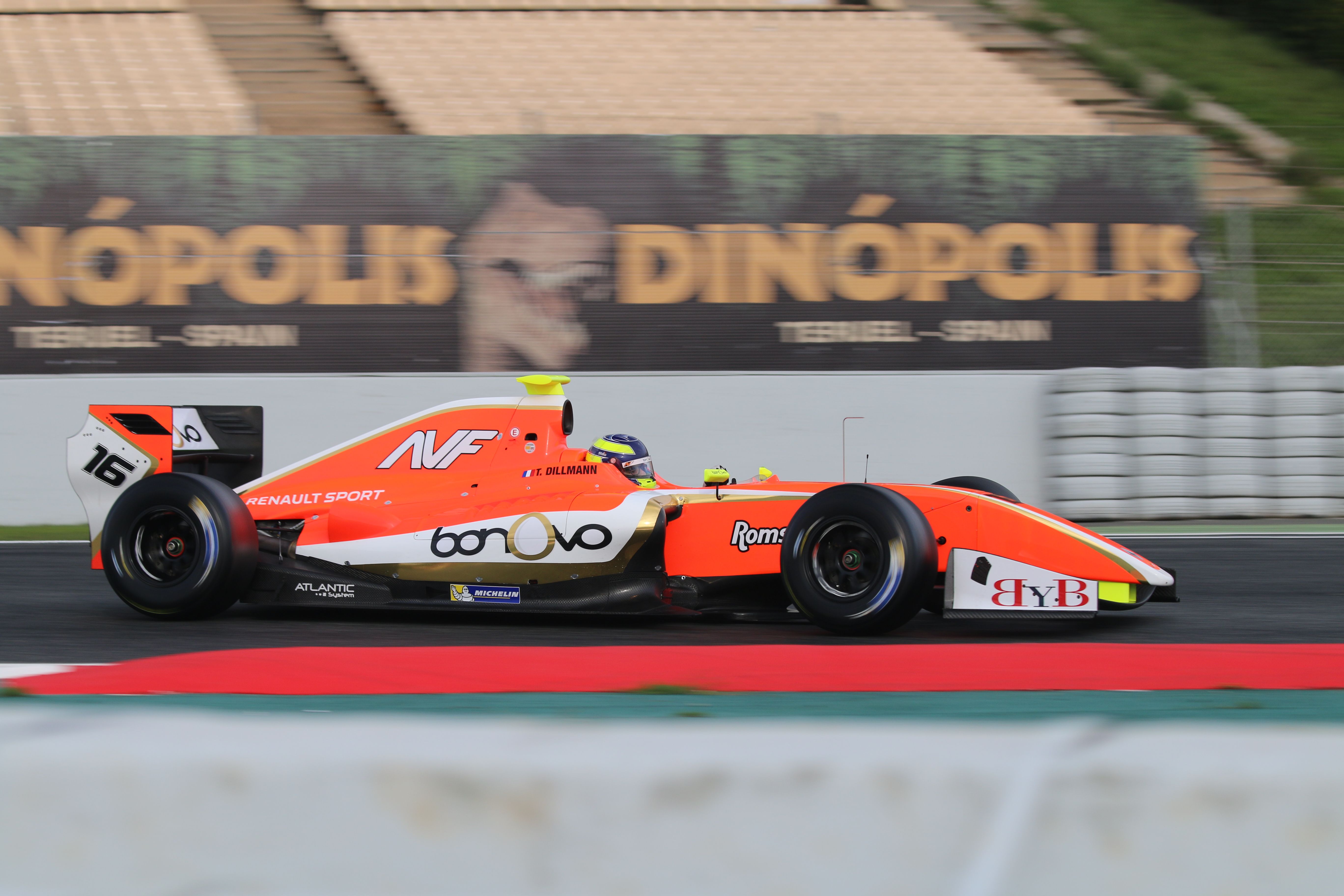 Tom Dillmann will start from pole position in the first race of the weekend of Formula V8 3.5 season finale. The AVF driver took the pole position by 25 thousand-of-a-seconds over Matthieu Vaxivière. Jack Aitken will start third ahead of Delétraz.

First qualifying session was really amazing with a wet track hat was drying all the time, but not enough to put slick tyres for the final minutes.

This trick conditions were enough to see the red flag after a crash from Alfonso Celis (AVF) at turn 7. At that time Jack Aitken (RP Motorsport) was leading, ahead of Rene Binder (Lotus) and Matthieu Vaxivière (SMP Racing).

At half point of the session the lap times improved a lot, and Fortec Motorsports drivers were leading the session with Delétraz first, and Fittipaldi second.

With ten minutes to go the drivers joined the pits for a tyres change and nobody was sure which was the right tyre to join the track. At the end everybody drive with wet compound, while Vaxivière was leading ahead of Egor Orudzhev (Arden Motorsport) and Deletraz.

At the last minutes and under the checker flag, Tom Dillmann (AVF) took the pole position with a lap time of 1:44.909. The AVF driver want the victory today which will make things easier for tomorrow. Who also needs to win and wait is Matthieu Vaxivière fourth in the standings, who lost the pole position by 0.025 seconds.