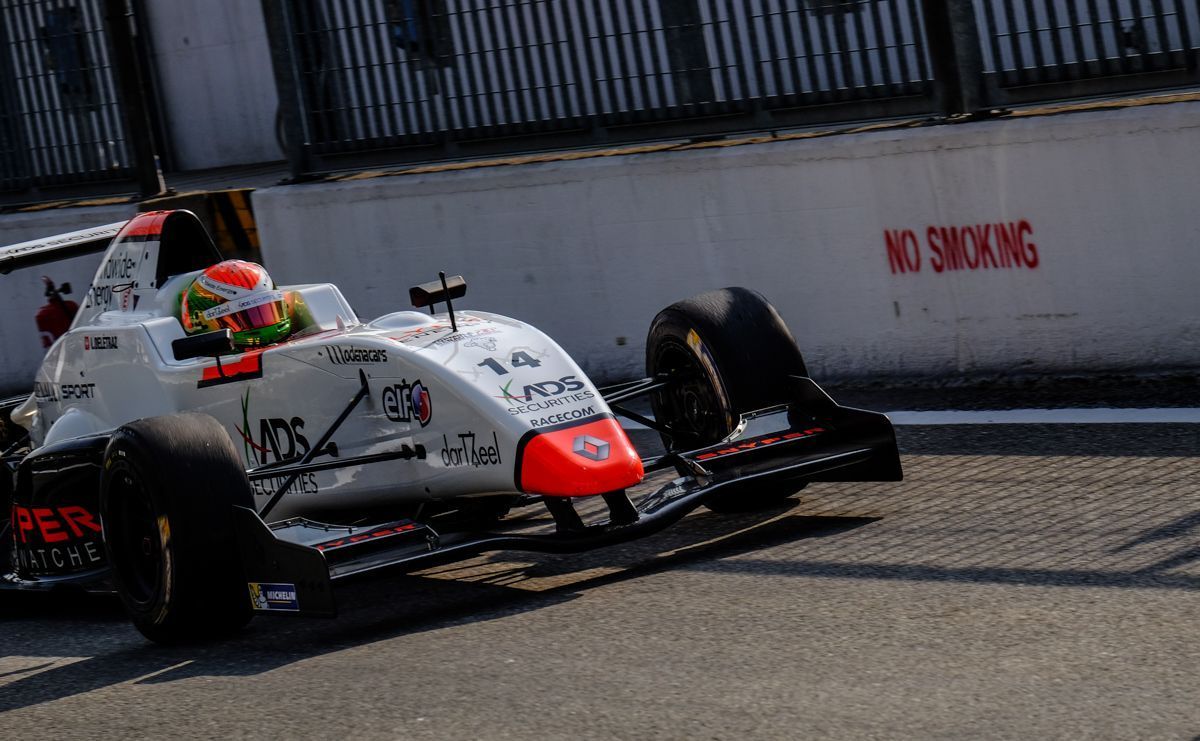 After being stripped of his victory following a jump start Saturday, Louis Delétraz (Josef Kaufmann Racing) bounced back in the best possible way in taking his third win of the season in the Eurocup Formula Renault 2.0. On the Hungaroring, the Swiss driver crossed the line ahead of Kevin Jörg, making it a Josef Kaufmann Racing one-two finish. The winner increased his lead in the general classification and now has a 34 point advantage from the new number two in the general classification, Jake Hughes (Koiranen GP), third this Sunday. The best rookie from race one, Harrison Scott (AVF) did it again on Sunday, finishing fifth.

The Josef Kaufmann Racing team locked out the front row thanks to Louis Delétraz and Kevin Jörg. Behind them, it was the Koiranen GP duo of Jake Hughes and Jack Aitken as well as Harrison Scott.

Louis Delétraz managed to hold on to the lead from his team mate Kevin Jörg Jake Hughes, Jack Aitken and Harrison Scott at the first corner. Lap one claimed two victims: Iganazio D’Agosto (Manor MP Motorsport), with a spin and Callan O’Keeffe (Fortec Motorsports), who returned to his garage not to be seen the rest of the race.

While the leading positions went unchanged, several battles animated the field. Harrison Scott had to cope with the increasing pressure coming from Anthoine Hubert (Tech 1 Racing), while ben Barnicoat (Fortec Motorsports) saw his eighth place threatened by Darius Oskoui (ART Junior Team) and Matevos Isaakyan (JD Motorsports). As the laps ticked off, the two battles separated by Thiago Vivacqua (JD Motorsports) came closer to together, but no one was able to find an opening.

Louis Delétraz: “I had another excellent race but, this time, I didn’t have a ten second penalty! After my mistake yesterday, I had to apologize to the team and do my best to take the win. It is a perfect day for me and I head to summer as the leader in the Eurocup Formula Renault 2.0 and Formula Renault 2.0 NEC. We have to continue to work to keep this momentum going.”

Kevin Jörg: “I got a good start and was close to Louis, but he held on to first place. I had good pace and clocked the fastest race lap, but it is always difficult to pass on this track. I am pleased with second place and I look forward to going to Silverstone to continue the fight.”

Jake Hughes: “At the beginning, I managed to keep the pace to the leaders, but after five or six laps, I completely lost the rear tyres. So, it isn’t too bad to be on the podium, in as much as I am now second in the general classification before Silverstone, my home round in September.”