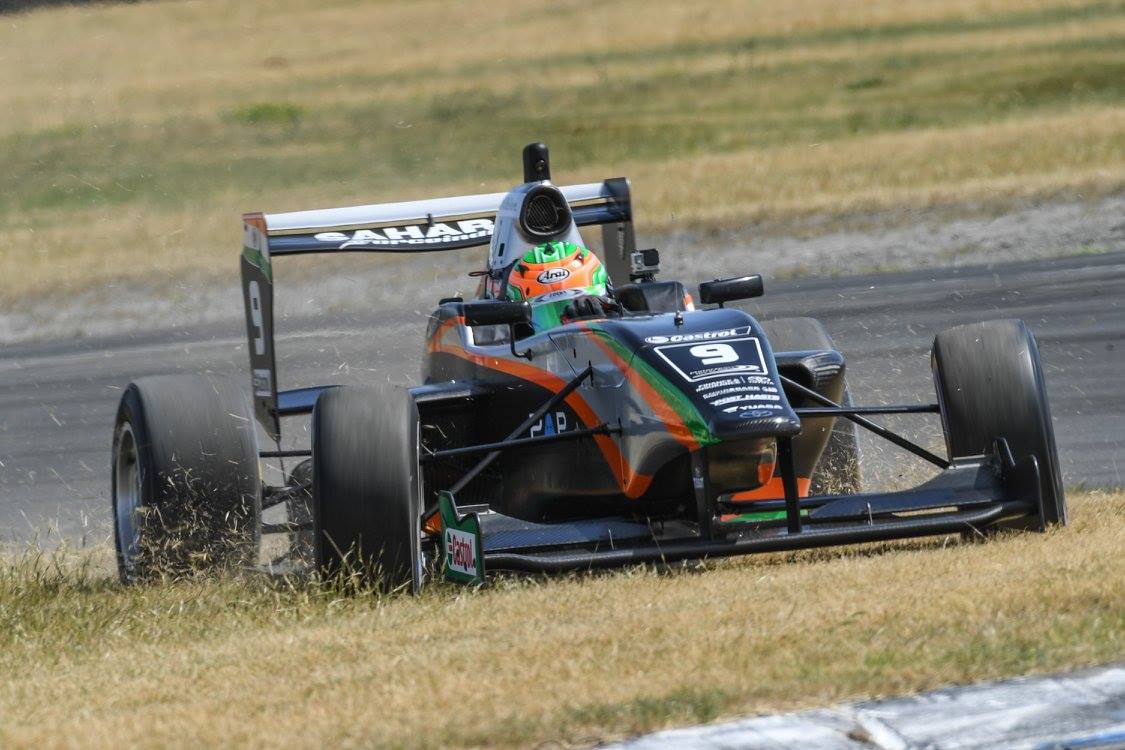 Jehan Daruvala has taken the victory in the last race of the first round of the Toyota Racing Series at Ruapuna Park, in the “Lady Wigram Trophy.” The junior of Force India has won after a chaotic final. Richard Verschoor is championship leader after the first round.

The driver of M2 Competition, Jehan Daruvala started from pole position in the last race of the weekend after beating his teammate Marcus Armstrong by one thousandth of a second in yesterday qualifying.

Daruvala has managed to lead the race despite multiple safety car periods and a red flag.

The Indian who led the race in the early laps ahead of Enaam Ahmed (Giles Motorsport) quickly extended a comfortable lead over the Briton before the first neutralization of the race, caused by Nikita Lastochkin (Victory Motor Racing).

When the safety car leave the track, Keyvan Andres Soori (Giles Motorsport) suffered a spin, and also other incidents happened that caused the red flag.

In the restarted race after a few laps the young Ferrari driver, Marcus Armstong had an accident with Harry Hayek (Giles Motorsport) that caused the last safety car of the day.

With the green flag, Daruvala kept Ahmed behind to cross the finish line with the victory. Pedro Piquet managed to beat Ferdinand Habsburg (M2 Competition) and Richard Verschoor (Giles Motorsport) to finish in the last step of the podium, ahead of Habsburg and Verschoor, fourth and fifth respectively.

As for the championship, Richard Verschoor leads the drivers’ championship after the first round with three-point lead on Thomas Randle, 24 points behind the Australian it is Jehan Daruvala.