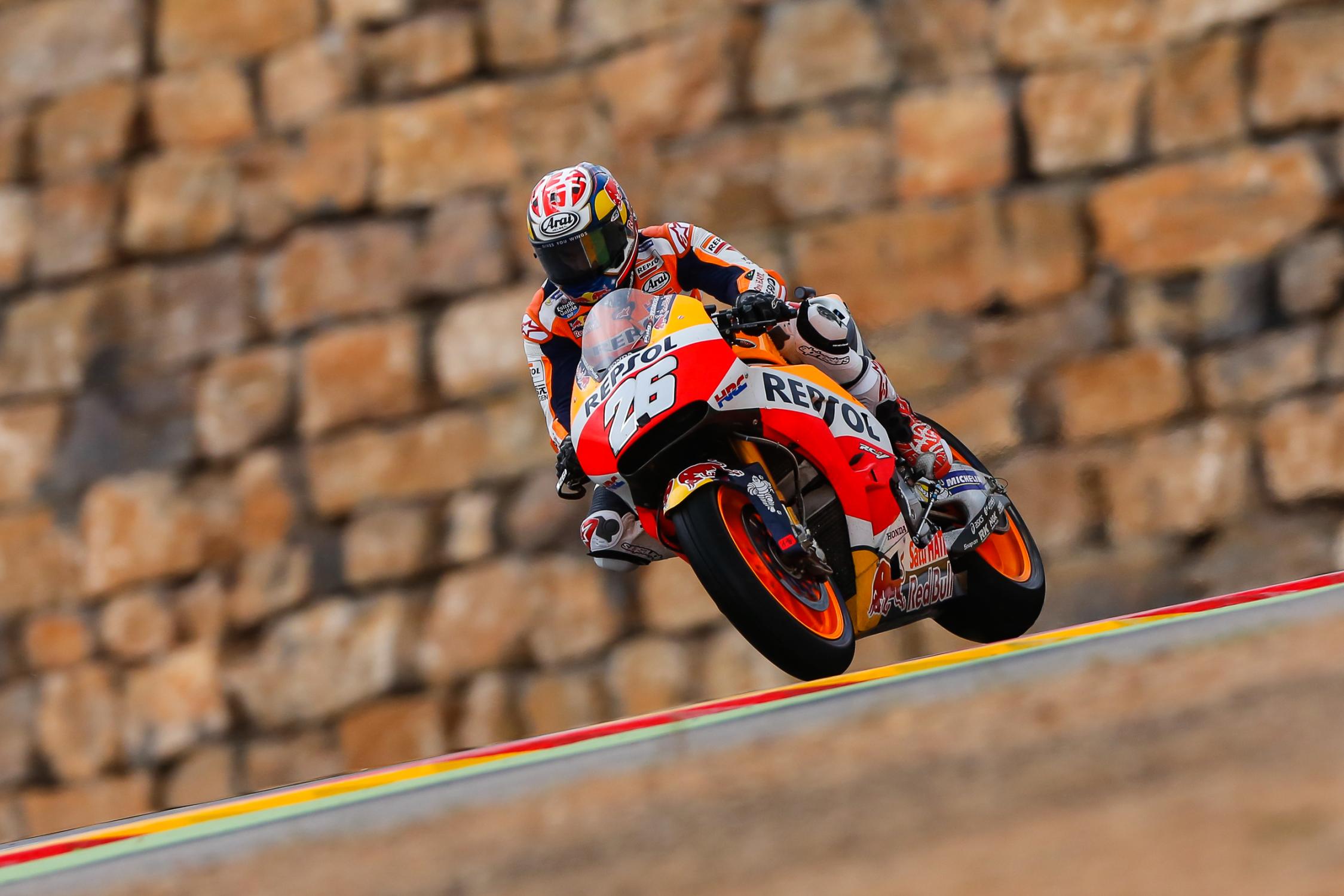 Dani Pedrosa (Repsol Honda) leads the way after the first day at Motorland Aragon, followed by Jorge Lorenzo in second and Johann Zarco in third. Marc Márquez ends in fourth.

The session started under a blue sky, but still started under wet conditions. Márquez was the first to top the session, with Valentino Rossi not looking too bad being up in the top 5. Dani Pedrosa went into the session quite late to put in some okay lap times.

With the track drying up slowly, more and more drivers started improving their times. Jorge Lorenzo, feeling comfortable on this track is one of the drivers to improve well. Marc Marquez dives back in the pits, when teammate Dani Pedrosa “steals” the top of the timings, followed by another Spaniard Jorge Lorenzo in second.

In a late lunge to get the fastest possible lap, Johann Zarco also manages a quick lap pushing Márquez to a fourth position by taking third spot. Dani Pedrosa is thus the only driver who managed a time under the 2-minute barrier with a 1:59.858.

Andrea Dovisiozo ends the session in 8th, fellow Italian Valentino Rossi eventually only ending up in 20th, clearly suffering from his injury. Teammate Maverick Viñales only in 17th. Yamaha clearly not in their element today.