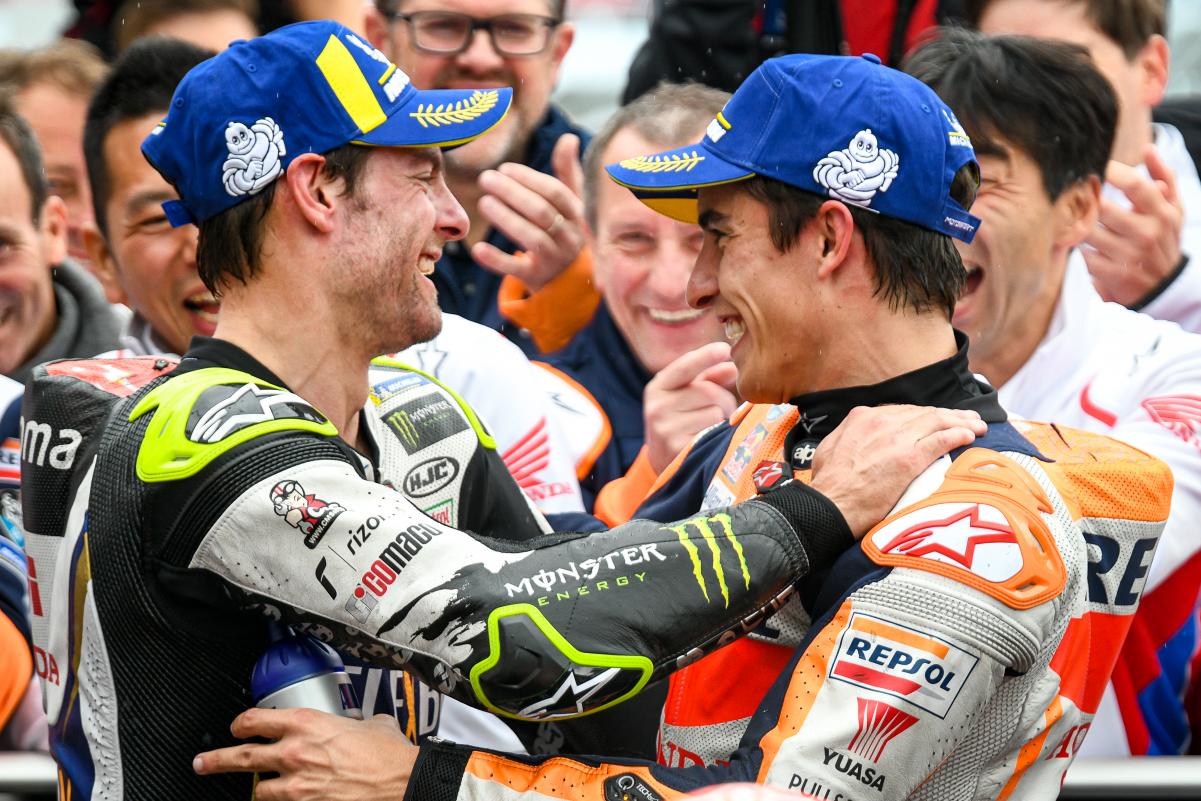 LCR Honda’s Cal Crutchlow opened up on what makes reigning MotoGP Marc Marquez so great as he shares some interesting details.

On the MotoGP grid, few can hold a candle to Marquez, with the Spaniard shining in current stage. On countless occasions, the Honda rider has showcased his incredible ability, not only with staggering outright pace but also with incredible bike control.

Just as Michael Schumacher could get the car and tyres to do whatever he liked in F1 on four-wheels, Marquez can do the unthinkable when he is riding on two-wheels, almost redefining all previous conceptions of physics.

And of the riders on the grid, not many have had more first-had experience seeing Marquez in action than his current Honda stablemate, Crutchlow, who spoke about his fellow rider’s skill, providing insight on the data he sees, and what this says about the Spaniard.

“Marquez is this incredible talent, a great guy to work with, to be able to share a manufacturer and work together with,” said Crutchlow in an interview to BT Sport. “But it’s difficult to understand how he does it because he wins when it’s the bike not capable of winning.

“Do you know what I mean? The way he can control the bike, the moments that he has, the way he slides the bike, his use of the rear and front brake is something very, very incredible. The one thing I will say is how much he can lock the front wheel.

“You could pick a 20-lap race, and I guarantee he can lock the front wheel going into a corner maybe three or four times as much as any other Honda rider does. So it’s then about your brake control, or the way that he rides and the way that he uses the rear brake, things like that. We only see, on data, the deacceleration line.

“When that deacceleration line has a jagged bit in it, it’s the locking of the front wheel and then it obviously unlocks and goes back into line. Let’s say you have six of those spikes on the jagged line, he might have 15 into one corner or he might have one that is two metres long. But he’ll do that for 20 laps and still win the race, that’s just the way he rides.

“To a normal person on the road, I wouldn’t say they wouldn’t know what’s going on… obviously we lock the front quite a lot of the time and we understand that’s the way it is. But the lean angle he can do it at, or the way – if the bikes straight – how he can control it, and not crash, is something very spectacular,” summed up Crutchlow.