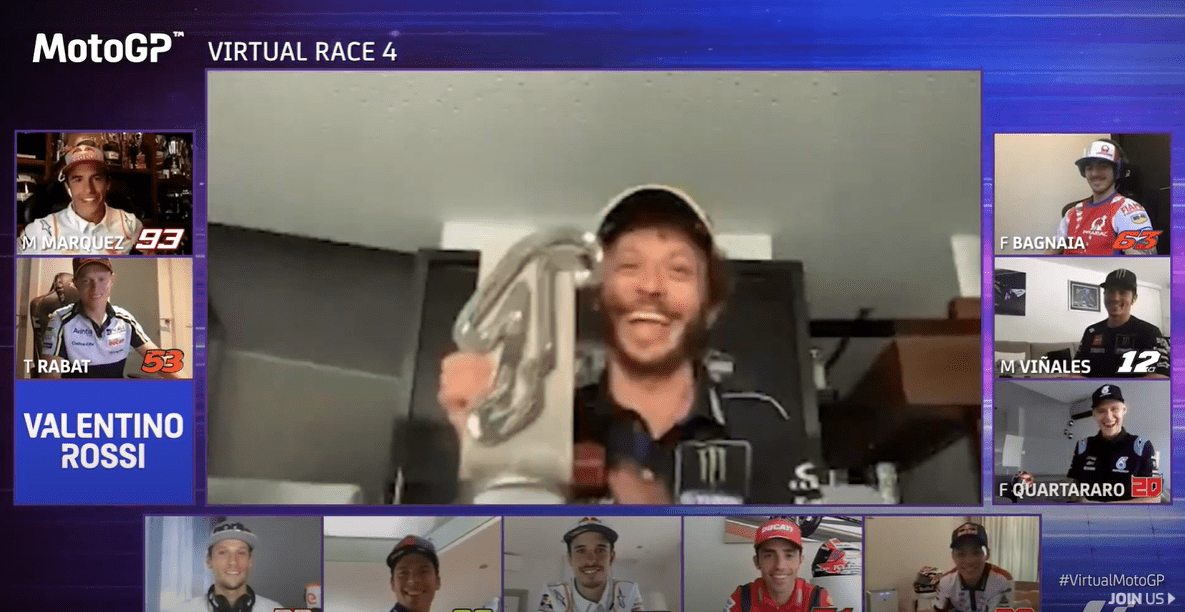 After much success of MotoGP with the three Virtual Race, they returned with the fourth round at Misano on the 2020 game by Milestone, with MotoE joining the fray as well. The premier class had a mixed grid with few returning from previous rounds.

The start saw Quartararo held on as Bagnaia and Vinales crashed out. This allowed the Marquez brothers and Rossi to get in the Top 4 but a crash for the Italian set him back. There were more crashes behind with multiple riders involved.

At the front, Quartararo looked settled until a crash helped A Marquez to take the lead after he passed his bother early on. Rossi was back up in fourth with Mir in fifth as Vinales recovered to seventh, while Bagnaia was ninth after another crash.

It was looking like a two-way fight at the front but A Marquez and Bagnaia crashed into each other, allowing Marc to sneak through into the lead. It allowed Rossi to close in on as well with both Vinales and Bagnaia unable to make much progress.

It was a photo-finish as A Marquez got past his brother on the finish line – after the latter went wide – to secure his second MotoGP Virtual Race. A late crash for Quartararo allowed Rossi to secure third, his first ESports podium finish in his home event at Misano.

Quartararo was fourth with Mir fifth ahead of Vinales, Bagnaia, Nakagami, Savadori, Rabat and Pirro to round out the Top 11 finishers. Over in MotoE, Mattia Ferrari won the inaugural event from pole ahead of Eric Granado and Mattia Casadei.

Here’s where you can watch it in full: https://www.youtube.com/watch?v=s6pVfJnobUg

Here’s how Round 3 in MotoGP Virtual Race underwent