Carmen Boix Gil, Euro Nascar driver since two years and LadyCup winner, gave us an interview about her passion for motor racing, her seasons in Nascar Whelen Euro Series and her ambition to drive a single-seater car in competition again.

After five years in Karting, the 22-year-old Spaniard Carmen Boix Gil had a season in the MRF Challenge in 2012-13 but had to abandon competition due to a lack of budget. Contacted by Borja Garcia, former driver of GP2 Series and former champion of Spanish Formula 3 in 2004, she was able to get a steering wheel in Nascar Whelen Euro Series with financial support in 2017. She won the last two editions of the Lady Cup and hopes to be able to return to single-seater racing with the W Series, which offers a free season for the best female drivers on the grid. She is one of 55 selected to hope to obtain a seat.

RT: First of all, how came this passion for motorsport? When did you first drive a kart and from when you said to yourself, I want to make it my job?

CBG: This passion comes from family, my father used to race and my brothers also, then when I was 8 years old I told my father that I also wanted to races and from that moment I  knew that I wanted to dedicate myself to it.

After good results in Spain, you wanted to go international, why did you stop after a year?

I stopped because I didn’t had enough sponsorships.

To climb the ladder, there are the results but also money and sponsors. Do you think that today it is possible to have a career in motorsport without a significant personal financial contribution, just with sponsors? And from when we start to make profits with motor racing (if you have already been)?

Nowadays it is very complicated to have a sports career in motor racing without a strong financial help, if it can only be with sponsors but it is not easy to have even sponsors, at the moment I do not have profits from my passion, hopefully not much later.

You were able to race in a single-seater against drivers like Conor Daly, Jordan King or Alice Powell but also Carmen Jorda. Is it still something you’re interested in or is it behind you now?

It is still in my mind but I am aware that it is more difficult because it requires more financial help.

Isn’t there a little jealousy when you have the same results as Jorda but she manages to get into positions at the FIA, in Formula 1 at Lotus and Renault, and even in GP3?

I am not jealous, for the moment with my very small budget that I have for racing even without possibility to train with my car I’m very satisfied with my obtained results.

What prompted you to stop motor racing in 2013 and come back by the big door in Euro Nascar?

Unfortunately I had to leave those years of racing for lack of budget to raced.

How was the learning of the car? Was there a little apprehension at first? For having tested it, it is day and night compared to a single-seater.

The feeling from the beginning was positive, I had as a partner Borja Garcia who helped me in everything. The sensations are completely different from one car to another.

Did anyone call you to come? Or did you apply through the recruitment program? Have you received any financial support from the organization or team to drive in NASCAR in Alex Caffi’s team?

Borja Garcia was the one who contacted me to be his car partner, then I got sponsorship and I was able to run. I have received the aid of the Nascar.

With your good results in Elite 2 and Lady Cup, you will have opportunities to ride in Elite 1 next year or even in the United States? After all, when Jennifer Jo Cobb drove, you had better results than her, who is often in the Truck Series or Xfinity Series.

I am trying to race in higher categories or even hopefully even in EEUU, but as I mentioned before I need more help in my budget.

What do you think of the W Series? And do you plan to ride in this series with the aim of returning to single-seater after, in regional or international F3? IndyLights or ProMazda?

Yes, my intention is to raced in the W Series as well, it’s a great opportunity, and you never know what the future holds.

If you have to be grateful to someone for your career, whether it be family, sponsor, opportunity or advice, who you want to thank?

Of course I would like to thank my parents and brothers for always supporting me in everything I have wanted to do and pushing me to fight for my dreams. 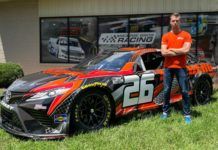 Kvyat to make his NASCAR debut at IMS with Team Hezeberg 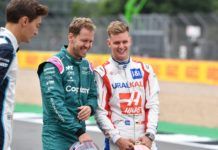 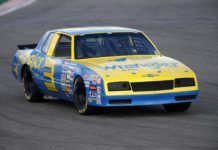 Ricciardo recalls his NASCAR moments; Brown adds on getting #3 car