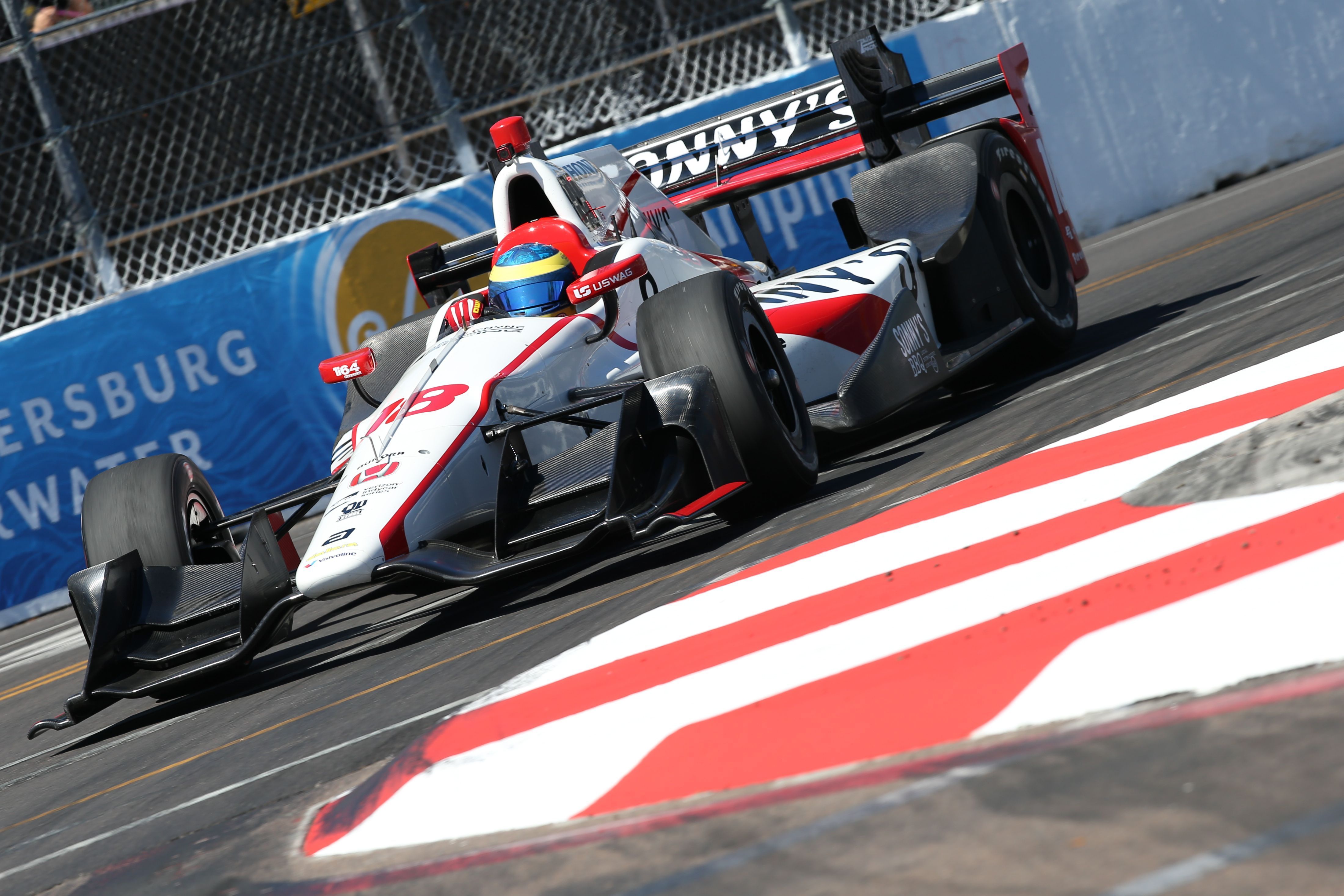 Sébastien Bourdais has win the IndyCar 2017 season opener at Saint Petersburg (Florida), after start last. The Frenchmen took advantage of a caution to take the lead from Pagenaud –second. Dixon after a great comeback completed the podium.

The 2017 IndyCar Series season opener at Saint Petersburg was an special one in terms of strategy which played a big role, as well as the fuel saving.

When the green flag returned, Hinchcliffe overtook Power for the lead of the race. The Penske driver decided then to join the pits earlier, but a mistake in the tyres change cost him a drive through penalty.

Meanwhile the star of the race was Spencer Pigot (Ed Carpenter Racing) who gained 3 places at the start. Then the young American driver was able to overtake Pagenaud (Team Penske), Chilton (Chip Ganassi Racing), Tony Kanaan (Chip Ganassi Racing) and Alexander Rossi (Andretti Herta Autosport) for a fifth position. All those efforts were nothing when the 2015 Indy Lights champion had to retire because of mechanical issues.

Caution that change the leaders

A caution appeared on track because of debris from a contact between Mikhail Aleshin (Schmidt Peterson Motorsports) and Kanaan.

This changed the race at all because the leaders, such as Hinchcliffe, Dixon, Sato and Josef Newgarden (Team Penske) didn’t stop yet for first time.

This situation was favorable for Pagenaud who took the lead ahead of Sébastien Bourdais (Dale Coyne Racing) –who started last, and Marco Andretti (Andretti Autosport).

When the green flag came back, Ed Jones (Dale Coyne Racing) overtook Andretti for third position, while Sato went from 12th to 7th in only 2 laps.

And in the lead, Bourdais overtook the reigning champion for the lead. Both drivers scaped from the rest of the field and secured a safety second stop, which Sato had a problems with tyres change and drop the third position with Will Power –who later on retired because of gearbox problems.

Final race close to perfection, while Dixon joins the podium

In the third pit stop, the positions in the top two continued the same but Scott Dixon who was one of those affected because of the second caution, was saving fuel and stopping before his rivals in order to race with no traffic. This strategy went well for the Kiwi driver who took third position in the last pit stop.

But no one could not stop Sésbatien Bourdais who took his 36th career win in the series in his return with Dale Coyne, and after start last. France stablished a one-two with Pagenaud second, while Dixon completed the podium.