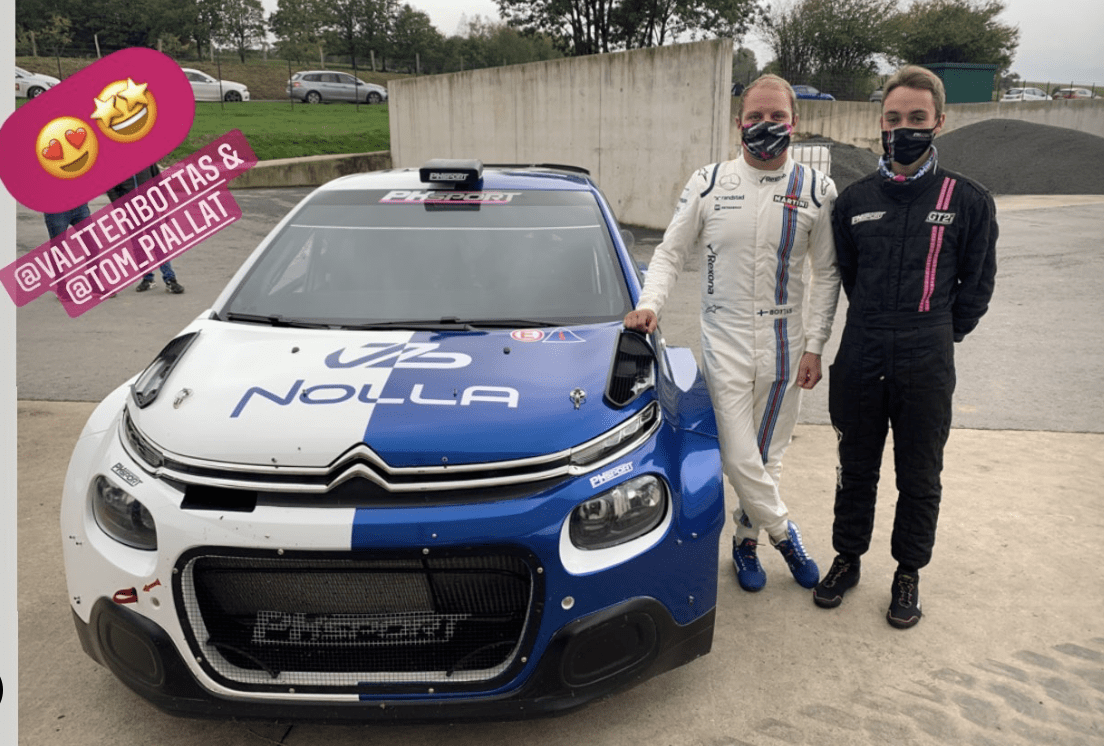 Valtteri Bottas is back testing rally car as FIA validates the teams for 2020/21 Formula E season, while Extreme E has a legal trouble.

Weeks after testing the Extreme E car, Bottas is back again to test a WRC machine this time as he re-united with PH Sport in France, to drive the Citroen C3R5. The Finn was in his Williams overall for the running, which has been common in all his rally runs.

It could be legalities with Mercedes but for Bottas, it is more about keeping himself in shape even during the breaks between races. Although F1 remains his priority but the Finn has always likened rallying and hasn’t ruled out picking it up in future.

Bottas has uploaded some small videos on his Instagram Stories as well: https://www.instagram.com/valtteribottas/?hl=en

With months to go for the first race in the 2020/21 season, the FIA has validated the 10 Formula E teams to take part in Season 7. They are all the same as 2019/20 but couple of them have a name change, that of ‘Dragon Penske Autosport and NIO 333 Formula E Team’

Much like Formula E’s FanBoost, Extreme E has launched GridPlay, to increase their fan engagement as they inch closer to the start of the first season, where they will be competing in various continents to raise awareness for the environment.

GridPlay will help the team with the maximum number of fan votes as they can choose their sport on the starting grid. They can even gift it to a team of their choice incase they don’t make it to the final race. The rest of the grid will be formed as per the points scored.

“As a series we are looking for innovative ways to engage fans making them feel part of Extreme E, and have a voice when it comes to racing, particularly as we won’t have spectators on site as part of our sustainability endeavours,” said Alejandro Aga.

“This makes the way we broadcast our championship even more important and people can watch the action on a variety of global channels and through our digital platforms.” At the same time, ABT racer Mattias Ekstrom stated: “I already love GridPlay.

“Unlike in World RX, where your starting position is decided by pure luck, in Extreme E the fans can make the decision. They can get more engaged with our sport and we as drivers have to make sure to get them on our side. This is one of many details that makes this series so different to anything we have seen so far.”

There could be, meanwhile, a legal trouble for Extreme E regarding its name and trademark as ‘Extreme International’ has pressed a case against the use of the name as per SportsCal, with the ‘Extreme’ brand in use by them since 2012.

Extreme founder and chief executive Alistair Gosling told Sportcal: “We have long term brand registrations for events in multiple countries. We are going to protect our rights accordingly. As part of our initial meeting with Formula E, they asked for all our brand information and our decks.

“Fast forward just over 12 months and they duly announced Extreme E. A few weeks after the initial launch announcement I reached out to Ali [Russell], and said ‘Ali, this is interesting. We have got clear long-term brand registrations in the events category; what are you guys doing here?’

“He would not engage with me, in fact he ignored me, so I brought our lawyers into engaging with them and that got a result of sorts. We had three or four conference calls with their lawyers around this, making and putting forward suggestions of a co-existence agreement and other ways forward.

“They strung us along for a number of months and eventually said ‘we are not interested in discussing your rights’. As a company and individuals, we are ourselves promoting and working towards the protection and recovery of our natural world. Therefore we are supportive of Extreme E’s aim to highlight the climate change challenges faced by different ecosystems (and a key reason why we pitched our ideas in this area to them initially).

“However, there needs to be respect for who we are, what we are and the legal registrations we clearly have. If you really want to use the brand and name, then let’s sit down and have a conversation. We have been at this for 25 years,” he summed up, after revealing that they were asked by Formula E to meet them few years back and that is where they roughly brought up the idea to have races in such locations.