Home F1 Bottas must fend off Russell’s advances in 2021 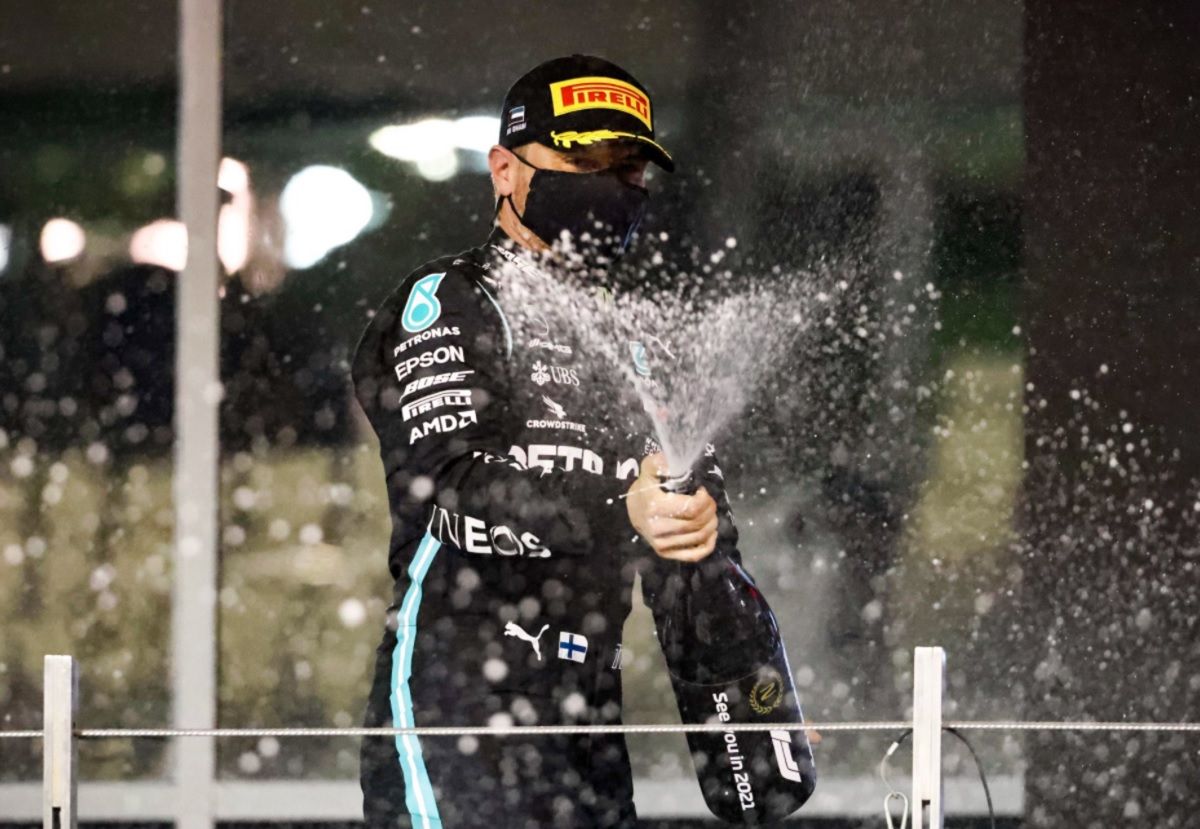 Valtteri Bottas is facing a make-or-break campaign with Mercedes in the 2021 Formula One season. The Finn has been a solid number two driver with the German outfit, allowing them to maintain their dominance of the sport, winning their seventh Constructors’ Championship on the bounce.

However, unlike Nico Rosberg, he has not pushed Lewis Hamilton for the Drivers’ Championship, despite having the same superior vehicle at their disposal. He endured a disappointing end to the 2020 season, finishing well off the pace of the Brit at the top of the standings.

Bottas has not been able to string together victories to put pressure on his team-mate. Indeed had Max Verstappen not suffered one of his five retirements then the Dutchman rather than Bottas would have placed second behind Hamilton.

It’s a sobering thought for Mercedes as they enter the new decade, aiming to firmly maintain their stranglehold on the competition. With changes in regulations on the horizon in 2022, the German outfit could be tempted to make a change for the new era and possible line up a long-term replacement for Hamilton with the Brit already in place in the number one spot.

Therefore, Bottas has work to do in 2021 to prove that he can continue to win alongside the seven-time champion. The Finn is being backed at 6.50 in the F1 betting odds to win the crown next term. It would be a dramatic turnaround for Bottas to beat out his team-mate, but he needs a strong season to push him at the very least to prove that he can remain a valuable contributor.

It might be easier said than done. Mercedes eyes may already be drawn to George Russell as the heir apparent to Hamilton, and may look at the opportunity to offload Bottas to allow the Brit to mentor his compatriot.

Russell replaced Hamilton for one race towards the end of the 2020 campaign and outshone Bottas. The 22-year-old put in an accomplished performance throughout the week in the Sakhir Grand Prix, placing second behind Bottas on the grid during qualifying in difficult circumstances.

In the race he upped the ante, recording the fastest lap, and was on course for a victory before suffering a puncture in the closing stages. Russell placed in ninth, and although Bottas finished ahead of his teammate for the week, the Brit had the moral victory in the minds of pundits and spectators – and potentially Mercedes. Due to an agreement between Mercedes and Williams, the German outfit have the option on Russell’s future. His taste of being a Mercedes driver may become permanent in 2022.

However, Bottas could still dispel that notion. Before his 2020 season ended with a whimper, albeit he did finish second at Abu Dhabi, he had only one poor outing in 11 races. He capitalized on a time penalty for Hamilton to win the Russian Grand Prix – his second triumph of the campaign.

Bottas’ momentum then came crashing to a halt due to an issue with his power unit at the Eifel Grand Prix, forcing his retirement from the race. Further disappointments came in the Turkish, Bahrain and Sakhir Grand Prix, which included a 14th-place finish in Istanbul, which placed him under pressure to hang on to second spot in the standings. Bottas did claim second in Abu Dhabi to place behind his team-mate, although it was too close for comfort.

The Finn has endured bad luck on several occasions in his Mercedes career, but unless he can improve his consistency then Russell will be waiting in the wings ready to take his spot.