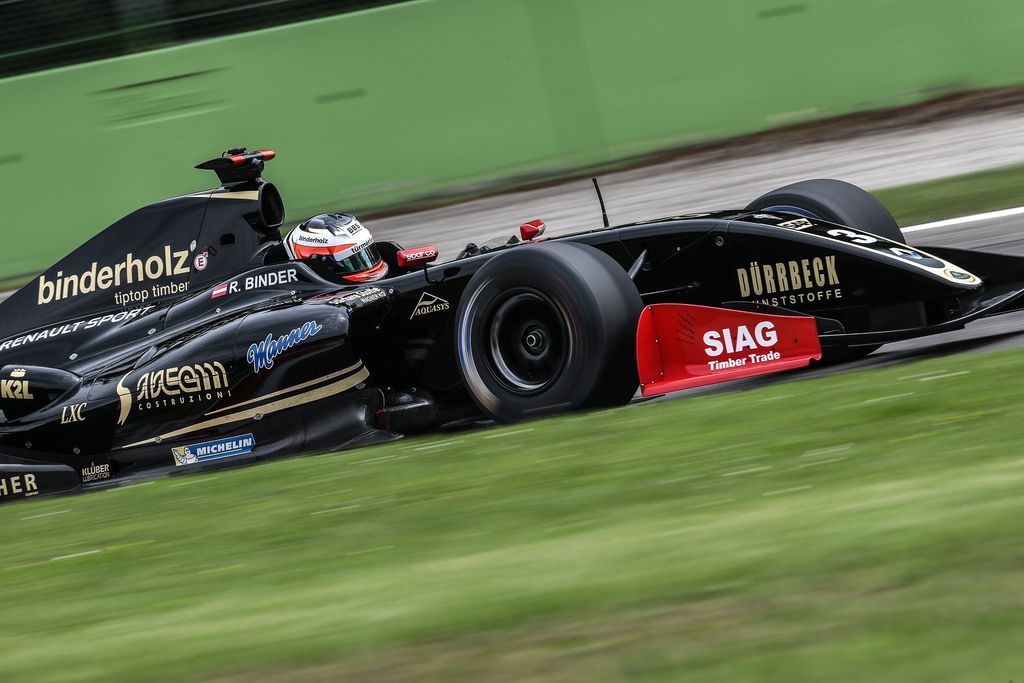 René Binder cruised to a well-deserved maiden World Series Formula V8 3.5 win today in race 1 at Monza becoming the fourth different winner out of six races held this season. Although Roy Nissany (RP Motorsport) had crossed the line in front, it was the Austrian to prevail as his Israeli contender was penalized 5 seconds for cutting the fist chicane at the start. As a consequence he dropped down to P2 while the podium was completed by Matevos Isaakyan (SMP Racing by AVF). Nelson Mason (Teo Martin Motorsport) was the best rookie of the race in sixth place overall.

Pole sitter Pietro Fittipaldi was off to a slow start when the lights went off and was swallowed by the pack. Nissany sailed to the front but went long under braking and cut the first chicane which would cost him a penalty. Binder kept the virtual lead in second place while a great battle eventually handed Isaakyan third place after fighting his way with SMP Racing by AVF team-mate Egor Orudzhev, who briefly had the position.

In the end, the Russian also had to fend the attacks of Alfonso Celis Jr (Fortec Motorsports), who ultimately snatched fourth place and bolstered his championship lead with 73 points in total. A late pass decided the Rookie Trophy winner with Mason passing Diego Menchaca (Fortec Motorsports) for sixth place overall. Yu Kanamaru (RP Motorsport) who is celebrating his 23rd birthday today, did not start as he came back to the pit-lane after the formation lap.

Local driver Giuseppe Cipriani (Il Barone Rampante) delivered a great performance at home by moving up to P6 after the first corner and finishing ninth. On the other hand, Fittipaldi was forced to retire during the penultimate lap. He suffered from a right rear puncture due to contact with Damiano Fioravanti (RP Motorsport) on lap 1. The Roman then retired on lap 6.