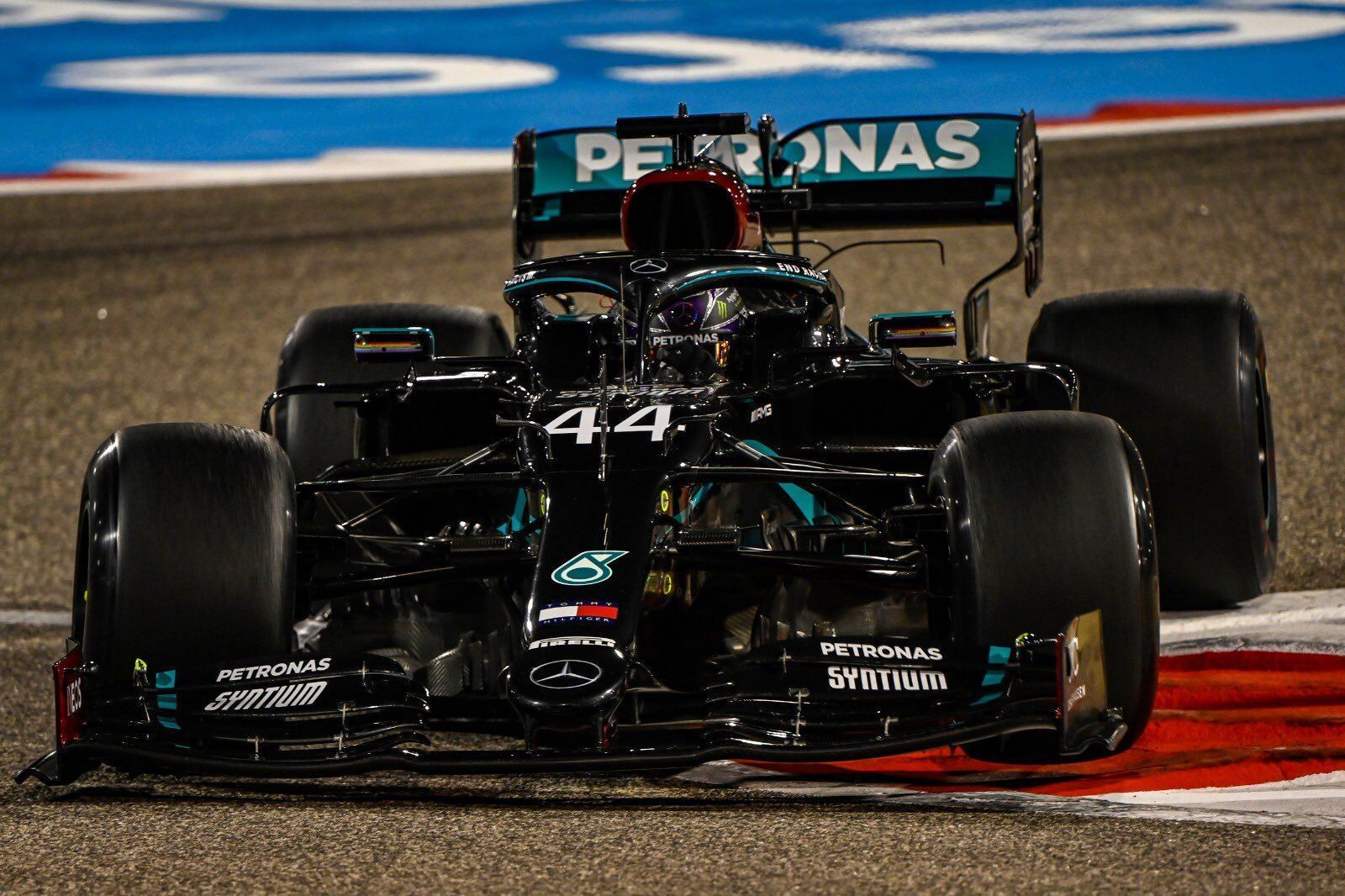 The 2021 tyre testing continued in F1 Bahrain GP FP2 session with Pirelli Motorsport bringing in the C3 compound. The drivers had to complete six timed laps for the Italian manufacturer to gather as much data required to better the cars for next year.

Everyone ran the C3 tyres during the course of the FP2 session which was red-flagged twice. The first was for Red Bull Racing’s Alexander Albon crashing out heavily in the final corner after going wide and losing the car into the tyre barrier.

Albon was taken away in the medical car with heavy damage to the car. The session re-started briefly, only to be re-flagged again for a dog on track. It was his Red Bull teammate Max Verstappen leading for most part until Mercedes’ Lewis Hamilton went fastest.

His run was disrupted due to red flags but Hamilton managed to set a 1m28.971s still to remain on top in Bahrain GP with Verstappen (1m29.318s) ahead of Mercedes’ Valtteri Bottas (1m29.336s), where the Dutchman’s best time was done on medium tyres.

McLaren’s Lando Norris (1m29.841s) slotted in seventh from Racing Point’s Lance Stroll (1m29.871s) as the Top 10 was rounded out by Red Bull’s Albon (1m30.014s) – despite not completing the Bahrain FP2 session and setting his best on the medium tyres.

The pre-red flag run saw bit of a moment for Gasly who was stuck behind Bottas for long which agitated the Frenchman, as Verstappen and Perez also had a small run-in. Along with the two Red Bull drivers, Kvyat had his time set on the medium tyres as well.

Here’s how FP1 of F1 Bahrain GP panned out