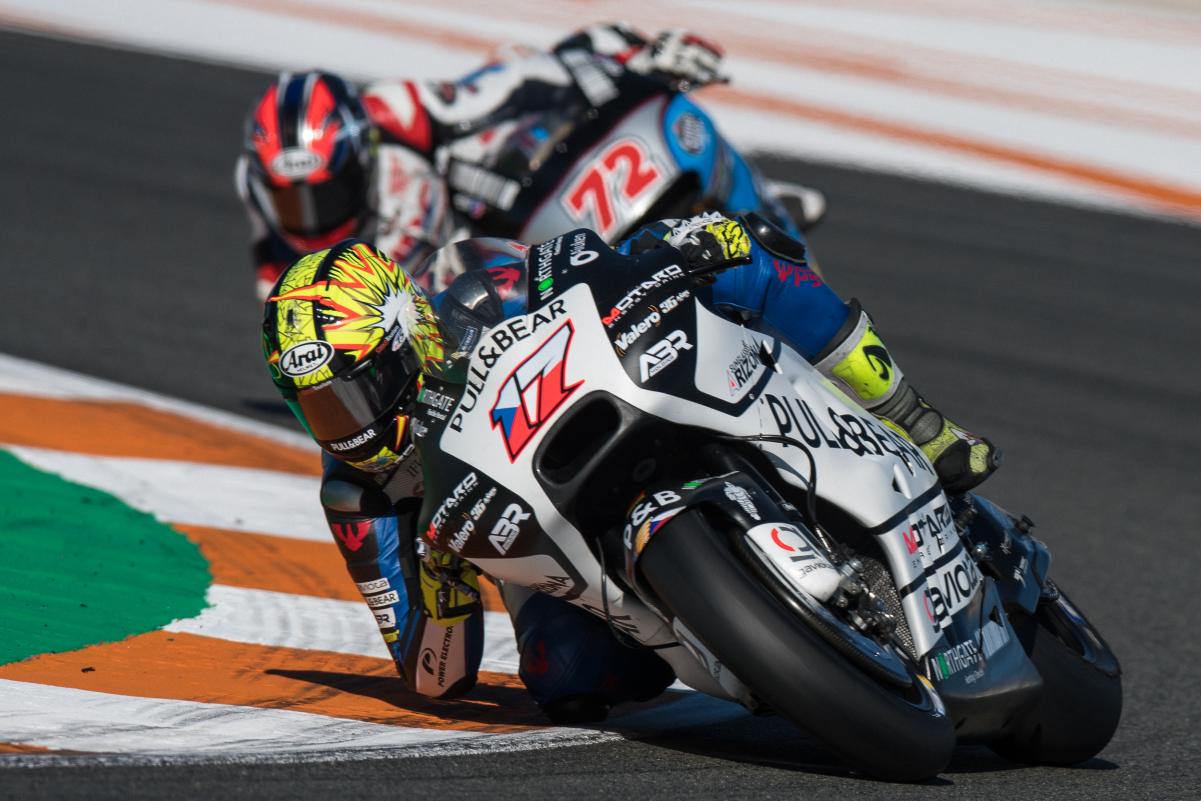 A four-time World Champion himself, Jorge Martínez “Aspar” will continue to pay tribute to his late compatriot Ángel Nieto on track with the Ángel Nieto Team, a project that will be led by Nieto’s eldest son Gelete from youth development to MotoGP™.

Gelete Nieto returns to the place he called home for several years as he takes over the reins of the newly-named Ángel Nieto Team, an exciting project that covers every level of motorcycle racing, from the FIM CEV Repsol Moto3™ Junior World Championship to the elite stage of the Moto3™ and MotoGP™ World Championships.

“Ángel Nieto is synonymous with motorcycle racing, a sport that gave him so much and to which he gave so much in return. Motorcycle racing is what it is in Spain thanks to the man who laid the first stone and we want to pay homage to that fact by renaming our team the Ángel Nieto Team,” explained Jorge Martínez “Aspar”, Nieto’s great rival on track and great friend off it.

“You would always learn so much from being alongside him. Ángel helped so many people, me amongst others, and he was an important part of my life, as are his sons Gelete and Pablo and his nephew Fonsi. Ángel was particularly excited about this whole project. He trusted me to give Gelete his start in racing and he told me, ‘I know that with you he will learn.’ To be able to pay tribute to his memory and continue with this project in the hands of his eldest son, who was one of the first to ride for my team, gives me enormous pride.”

Gelete Nieto competed with the Aspar Team from 1993 to 1997 and picked up a European Championship victory in Barcelona and another in the Spanish Championship at Jerez, as well as making 28 Grand Prix appearances.

“I took my first steps in racing with Jorge Martínez “Aspar”, he guided me to the top step of the podium in the European and Spanish Championships,” explains Gelete Nieto. “He has always been an important person to our family and alongside him I am now about to start a new chapter of my professional life in a team that will carry the name of my father. 2016 was his 50th season in the World Championship and I am sure he would have loved to be around for a few more. Motorcycles were his way of life and through this team we will make sure he remains in touch with his great passion.”

Gelete was the first of the Nieto family to race in the team run by Jorge Martínez “Aspar”, soon to be followed by his brother Pablo and cousin Fonsi. The trio, along with Ángel Nieto, were part of a team that enjoyed some of their best moments together, with standout moments like Pablo’s victory in the Grand Prix of Portugal in 2003 and Fonsi’s 250cc World Championship runner-up season of 2002.

Jorge Martínez “Aspar” added that Ángel Nieto “was the reason why so many Spaniards, including myself, his sons and so many others, wanted to dedicate our lives to racing and became champions of our passion. Thanks to him, we have the best fans in the world. Ángel will live forever, he will never leave our hearts and with this gesture he will be even more in our minds, if that were possible, as we continue to produce champions and keep the flame of our passion for this sport alive.”