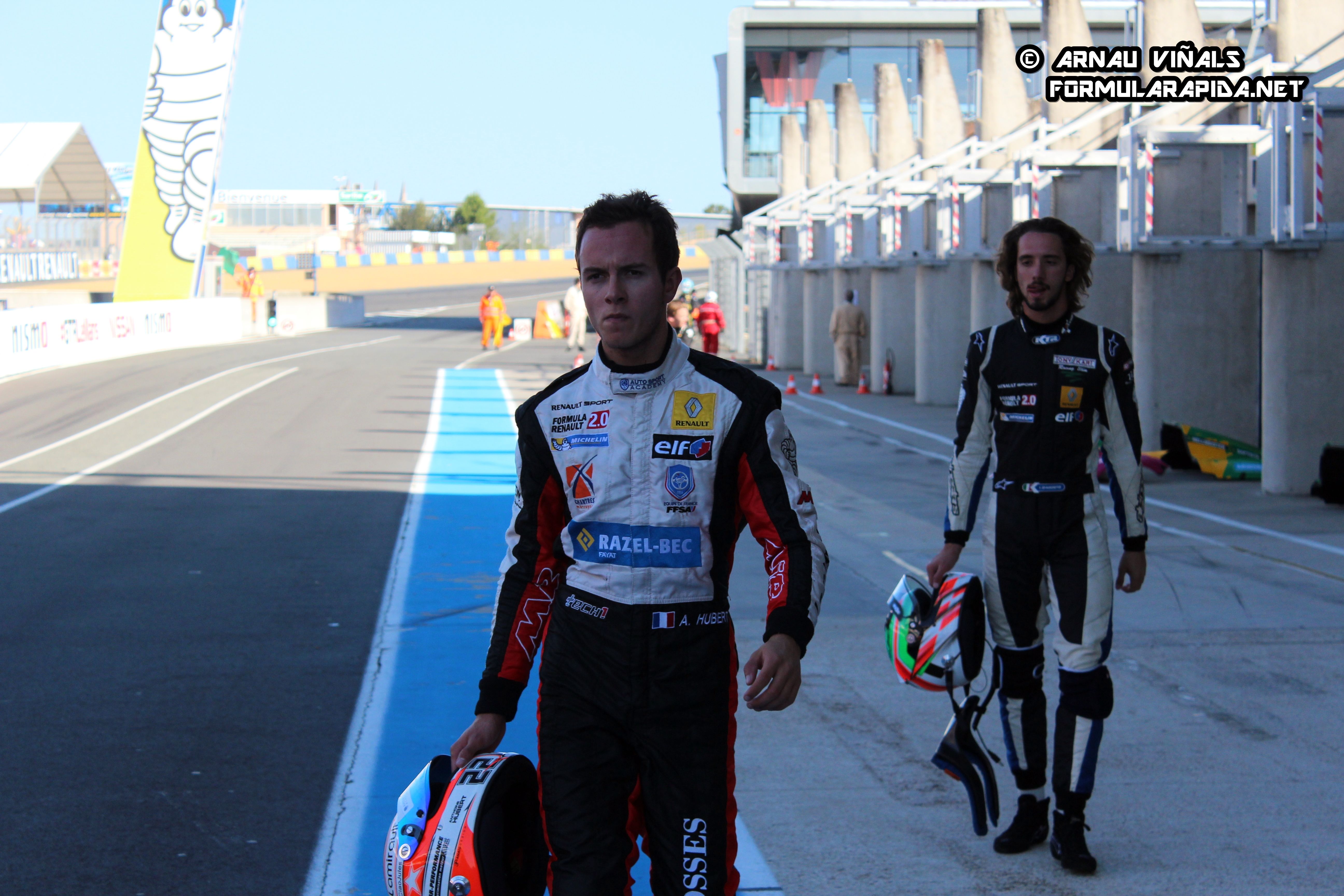 11 years ago, at the karting centre at Angerville, a young Anthoine Hubert participated in his first race. A quick glance over his championship record reveals the lowest position in a season as 3rd, mightily impressive and just another exhibition of his talent. 2013, his first season in single seaters: French F4 champion. 2014: Formula Renault 2.0 Eurocup rookie champion. And 2015..?

Arnau Viñals: What do you think about Dennis Olsen’s defensive driving?

Anthoine Hubert: Yeah it was hard to overtake him, but when I caught him I knew it was going to be hard because he’s a great driver and great attacker so I did my best. The first attack I made he defended outside of track limits, but it’s like that. And then after 5 or 6 laps I finally found an opportunity to overtake, but it was too late because the three guys fighting for the podium already had a gap, so it’s a shame that I couldn’t overtake earlier otherwise maybe I could have fought for the podium.

AV: And what happened in qualifying, you struggled a little bit?

AH: We are not missing a lot, we’re missing one tenth, maybe not even one tenth from pole. It’s always really really tight. I had two laps deleted for not respecting the track limits, actually it was really close. In my mind I was on the limit, but apparently I was over the limit, so it’s like that, but I’m sure we have the car to fight for pole position and we’ll walk out to tonight to be on pole tomorrow.

AH: For me, as long as it’s possible mathematically, it’s still possible. Then, to be honest, I know it’s going to be hard to win the championship but I will give my best, my goal is to win the four races that we still have, and then if I’m not champion I want to be second and if not second I want to be third –  we will fight ‘til the end.

AV: The target is to win every race?

AH: To win or to do my best until the end and then we’ll see where we are. If possible  in first place in the championship, if not the best we can.