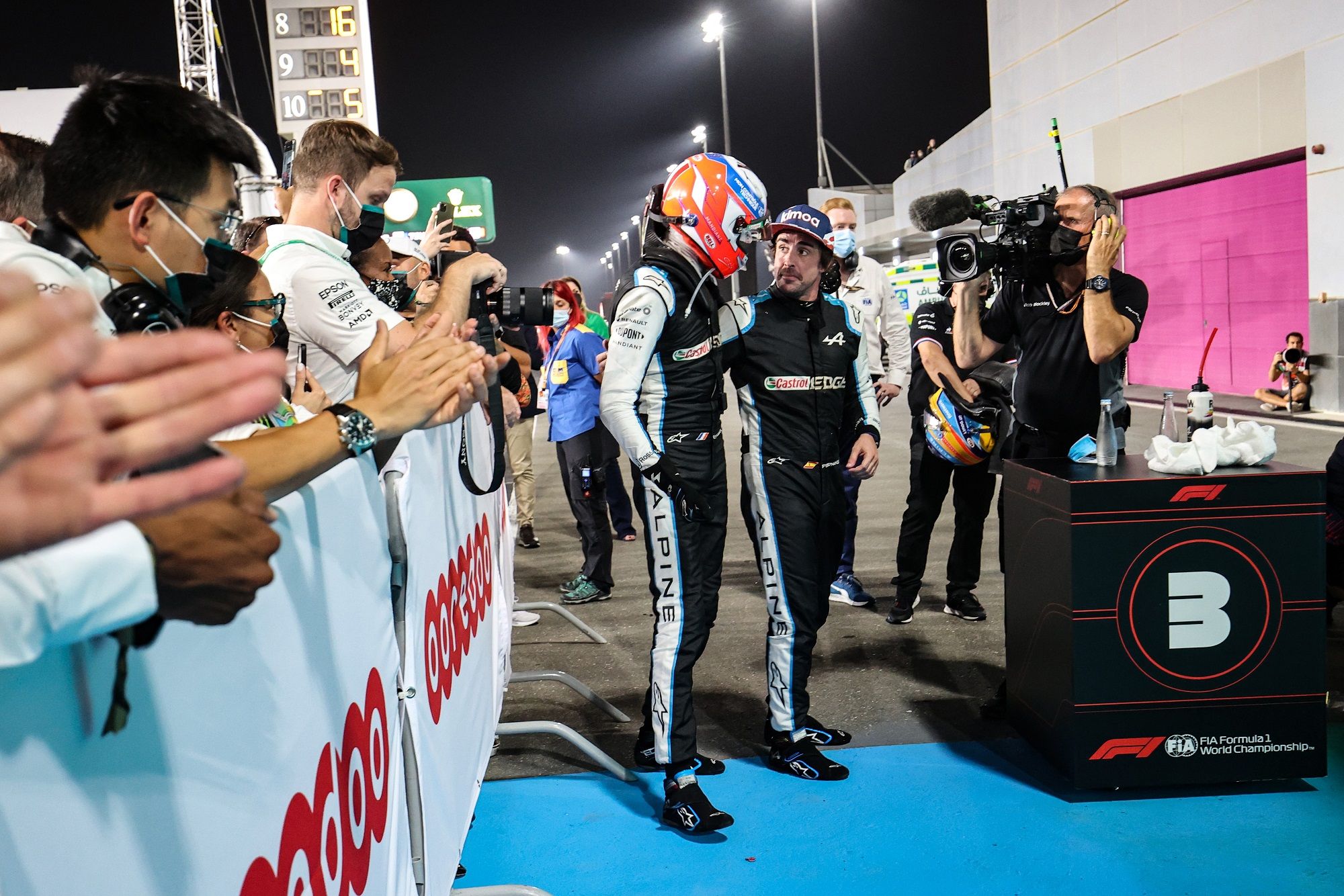 Marcin Budkowski is pleased to see an ‘older-younger brother’ relation between Alpine F1 drivers Fernando Alonso and Esteban Ocon in 2021.

Renault became Alpine in 2021. Not just that but a familiar and very popular name returned to the grid, namely Alonso, a two time world champion and over 30 race wins, it was a great coup for the team to achieve after Daniel Ricciardo moved to McLaren.

The vastly experienced and successful Alonso paired with Ocon, not as experienced or successful so far entering his fifth season. After a sluggish enough start to the season, the Alpine drivers knuckled down and achieved some consistent and impressive results with the undoubted highlight being the win for the Frenchman at the Hungaroring.

Not just that but a terrific drive from Alonso to fourth place after an entertaining 12 lap battle with his former McLaren team-mate Lewis Hamilton, almost worth the entrance fee alone. Further successes followed with a podium for the Spaniard in Qatar and an almost podium for Ocon in Saudia Arabia.

It was a good season for Alpine with fifth overall in the constructors’ championship. But not just that, Ocon and Alonso “worked” together and helped each other out in some races. Teamwork, great to see from both and as the season progressed, it was to plain to see for all as Budkowski pointed out.

“Every driver pairing is different – but certainly this one is fantastic to see,” said Budkowski. “There is a bit of an older brother-younger brother relationship between Fernando and Esteban. Certainly Esteban is looking up to Fernando because of his career and his achievements. Equally, at the beginning of the year he was well determined to show Fernando how quick he is, and he did that on a few occasions.

“I think Fernando gained a lot of respect for Esteban when he saw how quick he could be. So the two, pretty quickly in the season, gauged each other and observed each other – but also they get on really well. The two races where we ended up on the podium, in both races, they helped each other, and almost without any need for the team to underline this.

“Fernando knew exactly what he was doing in Budapest to help Esteban win this race, and when Fernando jokingly asked Esteban to help him in Qatar, Esteban knew exactly what the race situation was and was very willing to do that. It’s great. It was great to see. We’ve seen that on the track but we see it every day in the debriefs, in all the race preparation.

If anything, they were working together for the good of Alpine and not themselves as drivers. The list of team-mates who did not work well together is endless as we all know. Alonso himself knows from experience in the past with Ocon also having some tough run against Sergio Perez when he started out.