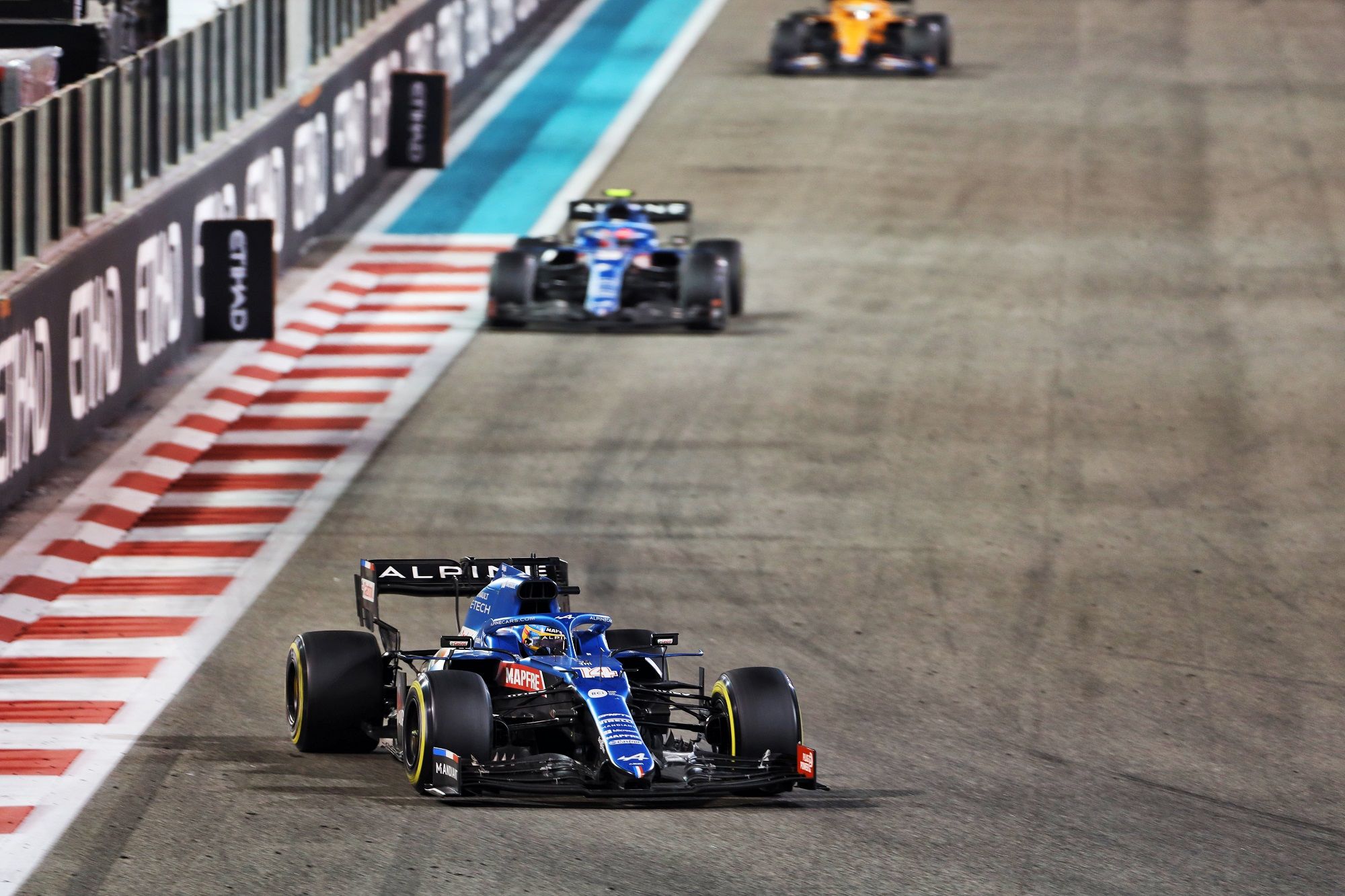 Marcin Budkowski gives a lowdown of how Alpine fared in F1 2021 after the team did not bring in new chassis, gearbox and engine for the last three years.

For Alpine, in their new guise from Renault, it’s almost a case of deja-by as they finished in fifth position in the constructors’ championship. Narrowly ahead of AlphaTauri (13 points) but significantly behind McLaren (120 points). So it’s as you were as they say but should they have done better or were they punching above their weight?

For the third season running, they are using the same engine, gearbox, and chassis. In hindsight, they have done very well. With those factors in mind, one wonders if they had utilised brand new material where their season would have gone and panned out. Executive Director Budkowski gives his opinion and analysis, not just that but it’s very in-depth looking at how they did, how they should have done, how they could have done and how they should perform in 2022.

“On pure pace I think we’re somewhere between fifth and sixth place, depending on the tracks, so in a way I think we’re probably over-delivering a little bit, the pace of the Alpine car, if we do finish fifth,” started Budkowski. “It’s a tricky one, how to assess this, because in one way, it’s the third season in a row we would have finished in fifth position in the Championship and that can be seen – and rightly so – as stagnation if you want; equally we are using pretty much the same engine for the third year, pretty much the same chassis and the same gearbox for the third year in a row.

“We were planning to use them for two years, it was a conscious strategic decision. We weren’t planning to use them for three but that was the result of Covid and the current regulations being extended by one year. So, with a car that has pretty much the same mechanical basis, if you want, we’ve managed to maintain our position in the Championship, and actually get closer to pole position, closer to the best, if you want.

“So, that shows that the other areas of the team, if you want, have moved forward, and have progressed. The ones that we haven’t frozen. So that’s quite exciting for next year, because we’re going to develop everything. We’re going to have a brand-new engine, we’re going to have obviously a new chassis and new aero because the rules are changing, and we’ll be starting from scratch and we’ve seen that, with the right opportunities, the Alpine team can do a great job in developing the areas we can develop, and then operate the car at the track.

“The trackside team has proven this year that they can do the job. So yeah, it’s in our hands now to do the best possible package for next year,” summed up Budkowski. When asked to reflect on Technical & Developmental Targets as well as assessing how their package was for 2021, the Alpine chief reiterated the above.

“It comes back a little bit to what I said above,” said Budkowski. “The fact that we froze the engine three years ago certainly made us lose some ground, because our competitors have developed. It was a strategic decision and it was related to preparing the new regulations of the new cars. I think it was the right decision, with the resources that we have. Obviously it was painful, because we see some of our competitors’ progress.

“And it was the same with the chassis and the gearbox. Maybe they are less differentiating directly through onto the performance but they enable you to change the geometry of the car and evolve it to find more performance. So we suffered from this. Aerodynamically, we have developed the car. With the new regulations we haven’t done the best job, well, the changed regulations from 20 through to ’21.

“These modifications, the floor mostly, some people have done a better job than us and some people have done a worse job than us, so we have missed a bit our targets. If we hadn’t missed them I think we would be more comfortably in fifth position, but I don’t think we would have been able to challenge these guys but we would have been nudged closer. There are always regrets but there are lots of positives in the way team works. In the last three years, the team has improved massively.

“Last year we had lots of issues with the reliability of the car. This year, there are still two races to go, but we have had effectively one DNF, one real DNF, that was related to a car issue. The trackside team has proven very, very good management of the tyres, the strategy, the racing, interaction of the drivers, we’ve mentioned that, so lots of positives to take and lots of positives that are also no visible yet, in the factory, in terms of how we are developing next year’s car, which is full of new technology and new stuff.

“So it’s frustrating sometimes to see that… we would have liked to make a bit more progress this year, but equally we have done it for a reason and it’s because we have focused for a while now on next year and hopefully that pays off,” summed up Budkowski.

All in all, Alpine had a good season in hindsight, one wonders had they made the changes this year to chassis, engine and gearbox where they would have been. Also, if they had not frozen development, it could be a case of “what might have been”. As it was, the final two races saw them pick up 18 points in their battle with Alpha auri for fifth. So yes a good season and of course the historic win for Esteban Ocon at Hungaroring.

Here’s how Alpine fared in our tier system