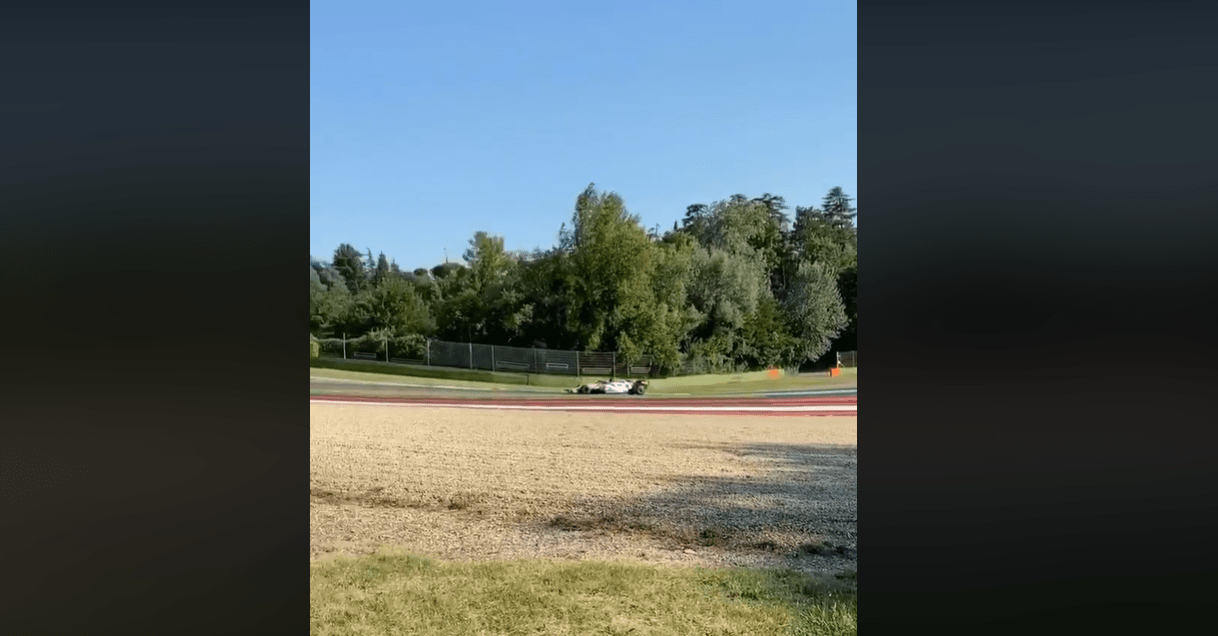 AlphaTauri combined filming day with a test run with 2018 and 2020 F1 cars at Imola as Sauber Motorsport revealed names of its junior drivers.

AlphaTauri played a smart game as it combined its lone day at Imola, where they tested using the 2018 Toro Rosso F1 car and at the same time had its filming day with the new 2020 car with both Pierre Gasly and Daniil Kvyat in action.

It was the first time for both the drivers in a F1 car since the Barcelona tests. Both have had kart runs though as lockdown eased up. The run also gave a chance to the AlphaTauri crew to prepare for the 2020 season under strict safety protocol.

The team ran the 2018 Toro Rosso car in the morning and switched to 2020 AlphaTauri for the 100 km run on demonstration tyres provided by Pirelli in the afternoon. It joined Mercedes, Ferrari, Renault and Racing Point in having a track run.

While Mercedes, Ferrari and Renault had a proper two-day test in the 2018 F1 car, Racing Point undertook a filming day in the 2020 machine. AlphaTauri, meanwhile, fitted itself in both the categories as the next running now will be the first round at Red Bull Ring.

“I was really happy to be back on track after such a long wait,” said Gasly. “I had really missed that feeling you get from driving so it was incredible to be back in the Toro Rosso STR13 and the AlphaTauri AT01. We had a really smooth day, doing some laps in both cars.

“I woke up this morning feeling excited and happy and I will fall asleep tonight in the same mood. It was also special to drive a Formula 1 car at Imola, which is one of my favourite tracks. I think we are now ready for Austria.‬”

Kvyat added: “Being here in Imola today feels great! I’ve known the track for a while now because I did one of my first tests here for Formula BMW in 2010 and a race for Formula Renault Alps in 2012 and today I’ve finally returned for a filming day with the team.

“Imola is a track which is really nice to drive with lots of fast turns and I think it’s a track which really deserves to return to the F1 calendar. It was a special feeling today being back in the car after such a long break and I really enjoyed it”

Aside this, Sauber released names of the drivers part of its junior team for the 2020 season. Last year, they tied up with Charouz Racing System but this year, they will go ahead with a Ferrari and Red Bull-like academy without any team’s support.

It will be run by Sauber Motorsport which also undertakes operation work of Alfa Romeo F1 team. From last year, Theo Pourchaire and Dexter Patterson stay back in the academy, where the former will race in FIA F3 with ART and latter in Italian F4 with Bhaitech.

Among the new signings, Petr Ptacek will continue in Formula Renault Eurocup with R-ace GP, while Emerson Fittipaldi’s son will compete in OK-J Karting championship. The Brazilian moves to Europe to kick-off his career in the road to F1.

Frederic Vasseur, CEO Sauber Motorsport AG, said: “Investing in young talent has always been a central part of Sauber Motorsport’s racing philosophy. Our Academy is just the latest project aimed at unearthing stars of the future and guiding them through their career, giving them the tools, the education and the resources needed to succeed in the world of motorsport.”

Beat Zehnder, Sporting Director Sauber Motorsport AG added: “I am looking forward to working with these four extremely talented drivers. They are all at different stages of their career but each of them has the raw skills we will need to harness to help them in their journey to F1.

“Over the years, I have seen many young drivers making their debut at the top of motorsport and it is true that, the earlier you acquire these skills, the more you can profit from them in the long term.”

Pourchaire stated: “I am really happy to become part of and be supported by the Sauber Academy. It is a truly super chance to learn from one of the sport’s most historical teams. I will be the youngest on the grid in FIA F3, where I will be driving with ART Grand Prix, and the support I’ll receive will be crucial to fulfil my goal, which is to win. I would like to thank Frederic Vasseur, Beat Zehnder and the whole Sauber Academy for this opportunity they have given me.”

Reacting to the news, Fittipaldi Jr said: “I am very proud to be selected by the Sauber Academy along with these three very talented drivers. With the sponsorship and support of Brand Institute, and now being part of the Sauber Academy, I will have a better chance to achieve my dream of becoming a Formula One driver.

“The experience and expertise in motorsport from the Sauber team will help me learn much faster. When I look at the history of Sauber and the great drivers that they have helped, I thank God for this amazing opportunity.”

Fittipaldi Sr added: “When I heard Emmo Jr. had been selected by Sauber Academy, I was extremely happy for him. First, he achieved a sponsorship deal from Brand Institute, a crucial step in advancing his young career. Now, he will be guided by Sauber, an organization with exceptional prestige and experience in motorsport.

“Emmo Jr. is building a strong foundation to help him achieve his dream of becoming an F1 Driver. I have known Frederic Vasseur and Beat Zehnder for many years. With their expertise and reputation, I feel very confident that they will provide Emmo Jr. with the proper guidance to be successful on and off the track. I am so grateful and thankful to God for these opportunities.” 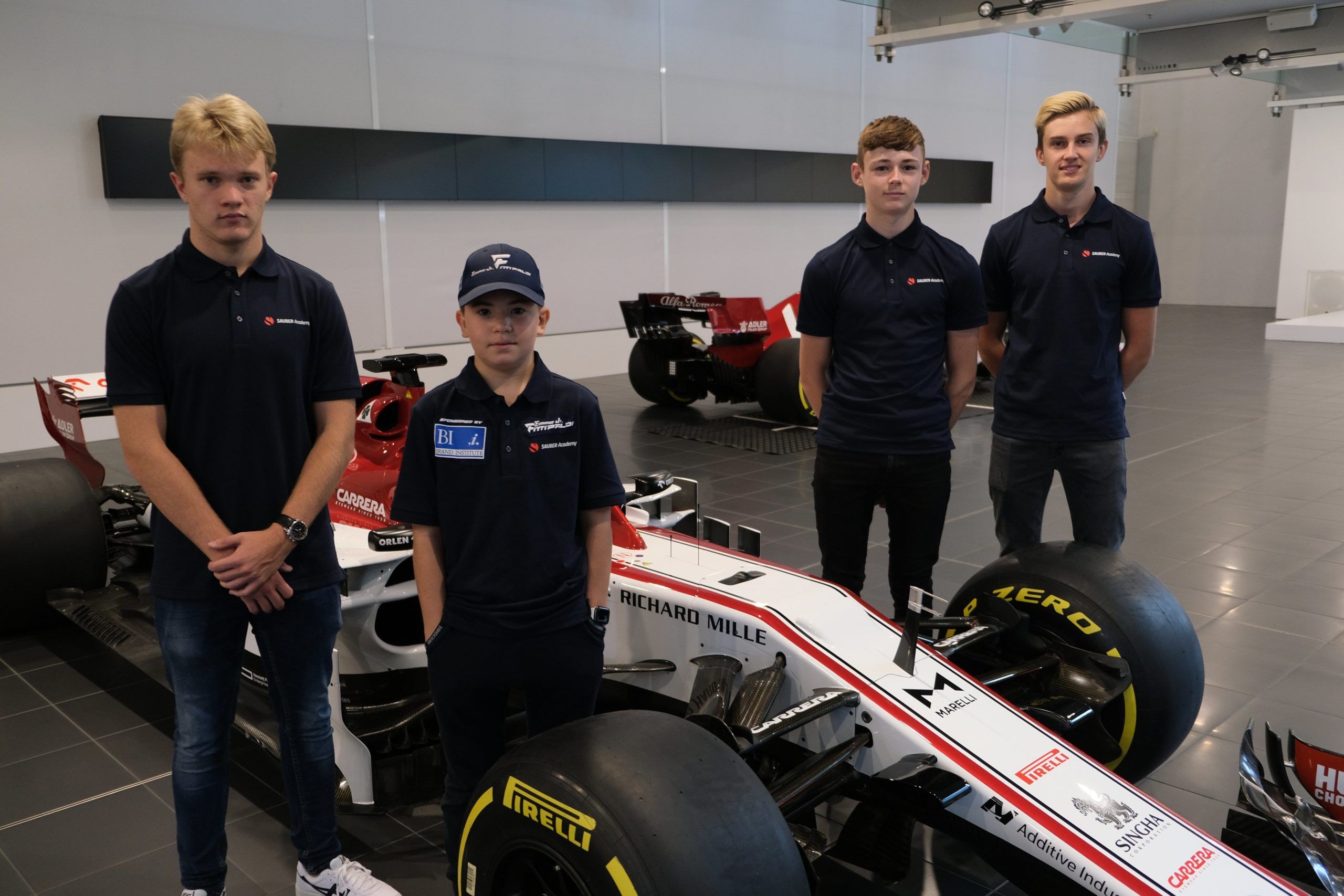