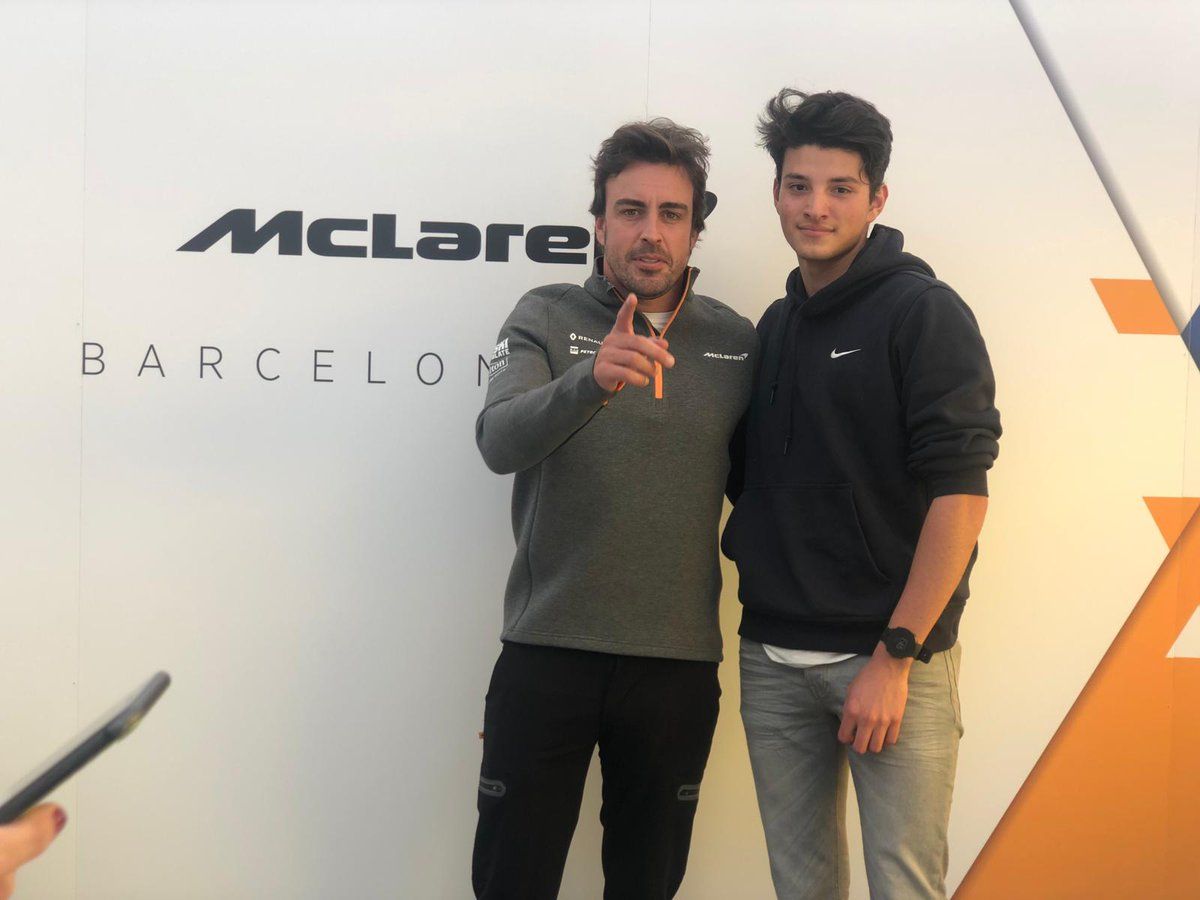 Fernando Alonso ‘s FA Racing by Drivex School has revealed the names of two drivers to race for the team in the 2019 Formula Renault Eurocup season.

After success with FA Racing in the karting scene, Alonso is expanding his team into single-seater competition from 2019 onward by competing in the Formula Renault Eurocup championship in partnership with Pedro de la Rosa’s co-owned Drivex outfit.

With less burden on Alonso in 2019 with no F1 drive, the two-time champion has spent more time looking over his racing team, having attended the shakedown of the new car and being close in the decision-making scene as well.

The team announced two of the three drivers to compete for them in 2019 as Swiss racer Patrick Schott and Spaniard Brad Benavides joins in for their rookie Eurocup campaigns. 18-year-old Schott has a year’s experience of single-seater racing.

At the same time, Benavides is graduating full-time from karts, even though he raced in one round of Euroformula Open series last year. “My commitment is to help young drivers from karting to make the transition into the single-seater scene,” said Alonso.

“My experience will help them push the car to its limits quicker. I will be able to give them some tips with the aim of make it easier, because your first steps on the single-seater ladder are quite demanding at this level.

“We are extremely happy having Brad and Patrick joining FA Racing by Drivex for the 2019 Formula Renault Eurocup season. It’s nice to confirm that such young talents will be a part of our team.

“Everybody is motivated to start on the right foot in this fascinating and prestigious racing series. It will be a tough challenge but we are looking forward to starting this new chapter.” It is unclear if the team will opt to have a third driver for its first season.

Team manager Miguel Angel de Castro added: “We had the opportunity to work alongside Patrick last year and he rapidly made an impression as a quick learner. Having him driving one of our cars for a full-season programme are excellent news.

“In the same way, Brad is another emerging talent coming through the ranks and we welcome him to our team. The pre-season testing is just about to start but preparations are already in full swing.

“The competition level and the professionalism of the series demand our best effort.” Schott and Benavides are the 13th and 14th drivers confirmed to compete in the Formula Renault Eurocup series for the 2019 season.

“I am very happy and excited to race for FA Racing by Drivex in this prestigious Renault championship,” said Schott. I can’t feel better to tell the truth. My first season F4 went very well. It was therefore necessary to continue the path towards this championship.

“So, it was the jump to do and the best choice for this year. My first goal is to improve my skills to the maximum and understand the car quickly. It is good to know that Fernando Alonso’s staff as well McLaren will provide assistance, it’s unbelievable.

“Having drivers like Fernando (Alonso) and Pedro (de la Rosa) advising me is amazing. On the other hand Benavides added: “I’m truly enthusiastic to get on board with this new team and I’m looking forward to start working with them as soon as possible.

“The season will definitely be one to remark as it is my first ever season in a single seater. Hence I am absolutely woke for delivering my utter dedication as well as preparation.

“Meeting two iconic figures like Alonso and de la Rosa in motorsport is not something to undermine. I admire them in light of what they’ve done for the history of Formula 1 and I’m honored to take part of their team.”

Among other teams for the 2019 season, MP Motorsport has their three drivers in place with Lorenzo Colombo, Amaury Cordeel and Victor Martins along with R-ace GP having Caio Collet, Oscar Piastri and Aleksandr Smolyar.

BhaiTech Racing has signed Federico Malvestiti and Petr Ptacek with M2 Competition having Kush Maini and Esteban Muth while Arden Motorsport has Patrick Pasma and JD Motorsport has Ugo de Wilde so far.