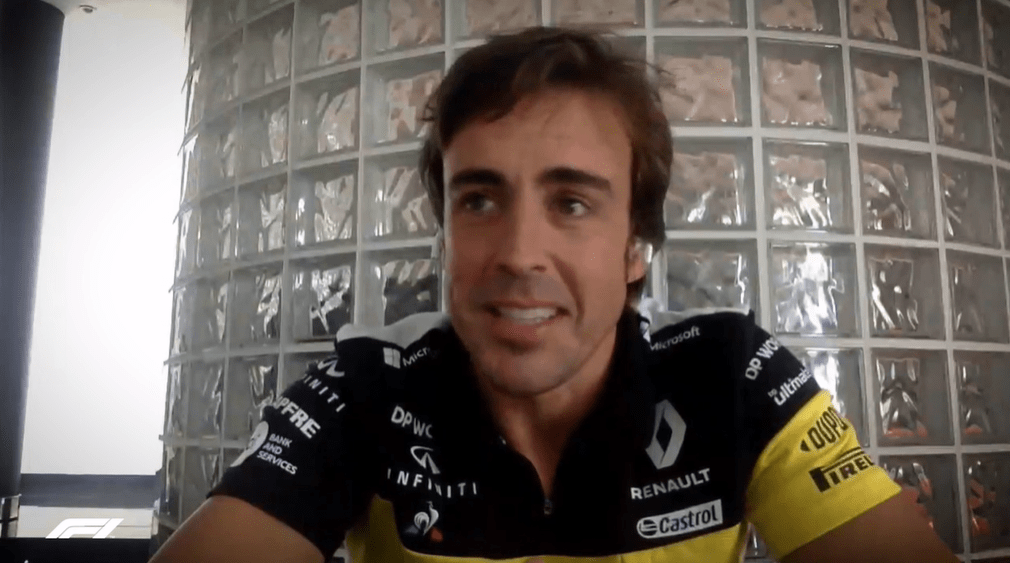 Fernando Alonso has opened up on his talks with Renault, the target for 2022 F1 season, a new driver, re-kindling the romance with the team and more.

Having bid goodbye to F1 at the end of the 2018 season after a dismal few seasons with McLaren, it didn’t seem that Alonso will ever comeback unless it is with a manufacturer team. Doors wouldn’t have opened up at Mercedes or Ferrari.

The only return possible was either with McLaren and or Renault. Having decided to achieve the Triple Crown and also compete in endurance races along with Dakar Rally, the mood from Alonso said a different tune in 2020 despite the Indy500 drive.

In the two years, Alonso never felt the urge to do a full IndyCar campaign and having won the WEC title and Le Mans 24 Hours, it didn’t seem like he wanted to compete anymore. Even with Dakar, he made an early decision to not return in 2021.

F1 never left his mind considering his social media posts. Ironically, it was the Ferrari plug which made this possible as Sebastian Vettel departure helped Carlos Sainz to move out for Daniel Ricciardo and thus an empty seat at Renault.

Speaking to F1 website’s Will Buxton, Alonso revealed that his initial talks happened during 2019 Abu Dhabi GP. Strangely, it was around that time that Ferrari started to speak with Sainz and possibly Ricciardo did the same with McLaren.

Alonso stated that he never left talking terms with Renault as they went deep into the plans for 2021 which now got postponed to 2022. The Spaniard reckons that the commitment from the French manufacturer is there, especially under COVID-19 times.

The problem with Renault was not investing as much in their F1 programme as Mercedes and or Ferrari but with the budget cap in place, it will help in somewhat level-laying field. Alonso has that on mind as he spoke about the experience he gathered in this time.

He feels that he won’t be a complete ‘new Fernando’ but having raced in endurance competition, the team feeling has helped him learn more, while the human side got enhanced racing in Dakar, where it is not only about speed but everything.

The romance with Renault remains though as he joked he just need the ‘blue’ colour back to make it like before. He actually started his F1 career with them in 2003 and won titles in 2005 and 2006 before parting ways. He returned in 2008 and 2009 then.

Regarding his age – where he would be 40-years – when he returns, Alonso doesn’t thinks of it and having to compete against youngsters. Adding on his plans, he will start serious work with Renault from September onward on simulator and could visit some F1 races. He ruled out any test plans but if he wants, he can run older cars and or do Pirelli test.

We are back. #f1 pic.twitter.com/oK6bfbG5WB

Here’s confirmation on the return of Fernando Alonso