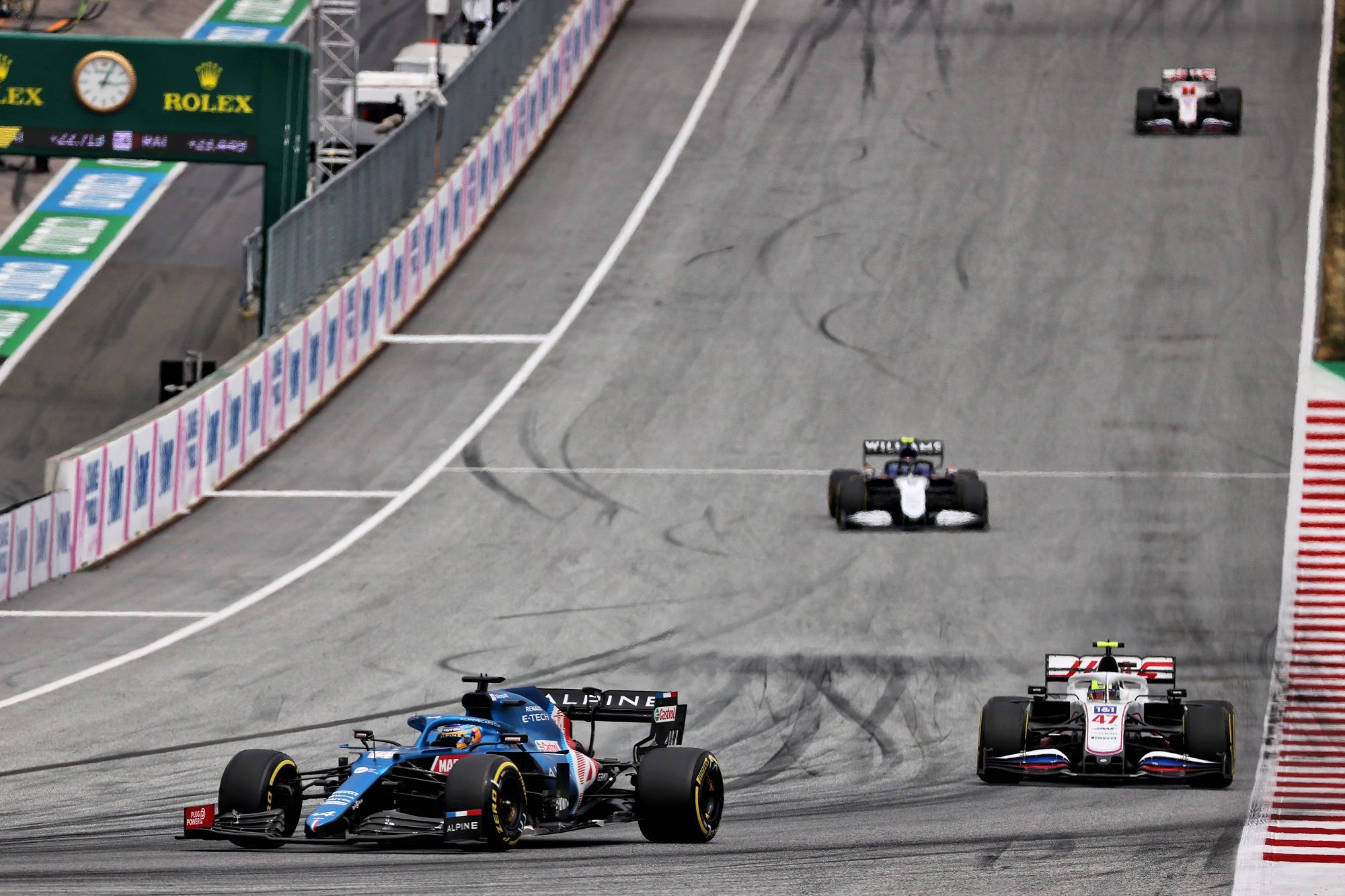 Fernando Alonso was left frustrated with T1 incidents in both Austria F1 weekends stating that he felt “stupid”, as Masi weighs in on incidents.

During both the Austria F1 races, Alpine’s Alonso was overtaken in Turn 1 from drivers extending track limits, using runoff to their advantages, which irked him a bit. When asked by media concerning the troubles, the Spaniard said that the incident made him feel “stupid”, where others took advantage of the situation.

He felt that the incident was unfair to him, which comes after a close encounter with Sebastian Vettel during qualifying in F1 Austrian GP, something that made him even more uncomfortable. “We race two times here in two weekends and I was the only one overtaking cars at the start and braking very late at Turn 1 on the inside I overtook Ricciardo and Leclerc this time,” said Alonso to written media.

“And they went off track on the exit of Turn 1 and they exit in front of me and even more than that they take the run on the next car in front through the slipstream into Turn 3. I do not know. I felt that was very unfair again. It was like first weekend. But in the second one, I was into Turn 1 in front of Charles and Ricciardo and I exit Turn 1, 50 metres behind Ricciardo and I was the only one making the corner so you feel a little bit stupid,” summed up Alonso.

“They are more flexible on penalties and track limits because we are fighting. So, sometimes you are forced to go outside the track because you are fighting. When you are forced by another car and you take to the run off area. But in this case, it was not the case it was a pure performance decision to go outside and to keep the throttle on. There is no-one side by side. So, I don’t think it is a grey area. It was quite clear,” summed up Alonso.

The lenient factor has been on display from the FIA, especially during the start of the F1 race. Race Director, Masi, stated regarding Alonso’s T1 incidents that extending track limits on the first few laps is a feasible option to help teams gain control.

“One of the things that we’ve said, and this came about since Paul Ricard 2019 was that on the first lap, and those first couple of corners, if it exists, that a car needs to be back behind the car entered the corner behind,” said Masi. “And we looked at the incident which Fernando was referring to, and from the angles that we could see at the time, that was exactly what had occurred.

“So that’s the general principle, because particularly in circumstances like that, everyone has asked generally, to look at those things to help the drivers and the teams if they need to. And that was looked at the time,” summed up Masi.

As mentioned above, the race start was not the only thing which troubled Alonso. The qualifying saw him held up by Vettel, which made him furious. When asked about the subsequent stewards decisions regarding the German’s grid penalty, the Spaniard was fine with the decision, as there was nothing else the stewards could have done then.

“They study the whole thing, and they get more information than what we do,” said Alonso. “I think even if they feel that more people should be penalized it is difficult to do it. The one that probably didn’t move and was clearer was Sebastian Vettel in that case. The other penalties should be why Seb was in that position. The only action they could really take was to penalise Seb.”

Here’s George Russell and Fernando Alonso on their fight