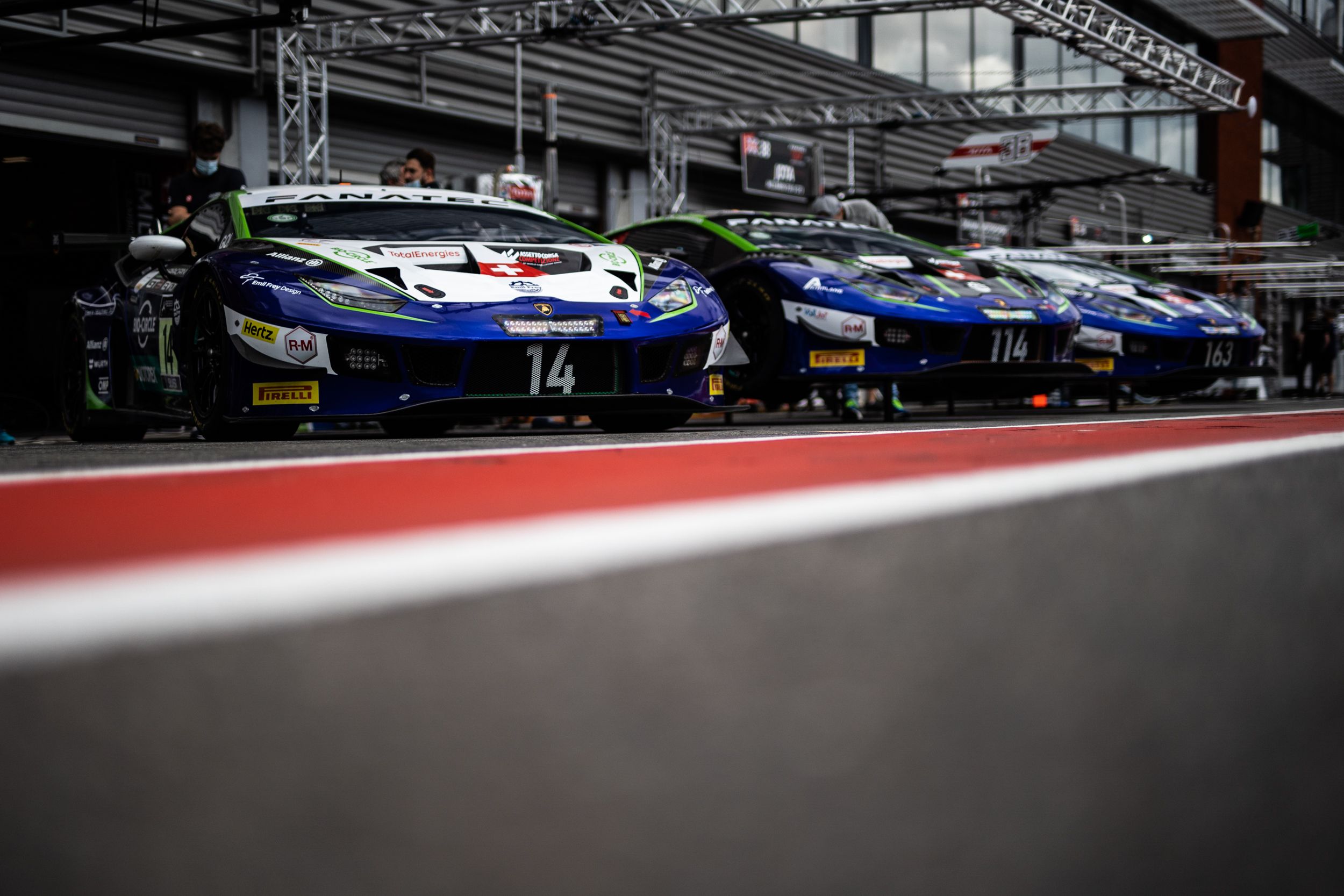 Jack Aitken and Davide Rigon were taken to hospital after involved in a multi-car crash during the early stages of the Spa 24 Hours event.

Racing for Emil Frey Racing team, driving a Lamborghini, Aitken clouted the barrier on the exit of Eau Rouge and entry of Raidillion. The Williams F1 reserve hit on the left side and bounced back onto the circuit, when he was hit by his teammate Franck Perera.

Some of the other drivers went through unharmed, but Iron Lynx Ferrari’s Davide Rigon hit Aitken along with Porsche’s Kevin Estre. There was lot of debris from the incident scattered on the circuit, with drivers passing through under a double yellows in the area.

The incident happened in the first hour of the GT World Europe Championship’s Spa 24 Hours, which halted the proceedings. The whole process of removing the cars and repairing the barriers took about one and a half hours, with two drivers taken to hospital.

As per the statement from SRO Motorsports, Aitken and Rigon were taken to the hospital, but they did not have a life-threatening injury. Perera and Estre, meanwhile, were let go after their check-up in the medical center at Spa-Francorchamps.

“All four drivers were immediately attended by the circuit’s emergency staff. Estre and Perera were transferred to the medical centre and, following checks, released to rejoin their teams. Aitken and Rigon have been taken to hospital for further examination. Both drivers sustained non-life-threatening injuries in the accident. Further information will be provided at the appropriate time.”

The official broadcaster did not air replays and no official videos are available, but there are some amateur/raw videos already on various social media platforms. Among the drivers, Porsche’s Estre spoke to media after getting released from the hospital.

“I took the start,” Estre stated as per sportscars365.com. “We were following each other quite closely. I was behind Nick Tandy and down in Eau Rouge he lost the car a little bit on entry, so he went wide a little bit on the left side. There was the Ferrari just in front of him on the normal racing line. I was also on the racing line.

“And then suddenly I saw a lot of smoke and debris in front of me over the crest. I braked. I didn’t really know where to go because I couldn’t really see if there was a car stopped or anything. I just saw debris and smoke. I stayed on my line, but then apparently I hit the Lamborghini from Jack Aitken on the right side.

“It was quite a big hit, which spun me and brought me into the barrier. Nick could pass on the left side. And then there was Perera who was just behind Aitken with the other Lamborghini, which hit him basically. And brought him into me. I think that’s how it happened, but I’m not sure yet.

“I couldn’t really see. We have to wait for the onboard. I could get out of the car. I’m feeling good, and Franck Perera as well. We were both out of the medical center together OK. I know that Davide Rigon and Aitken were brought to the hospital,” Estre summed up.

More to come as updates come