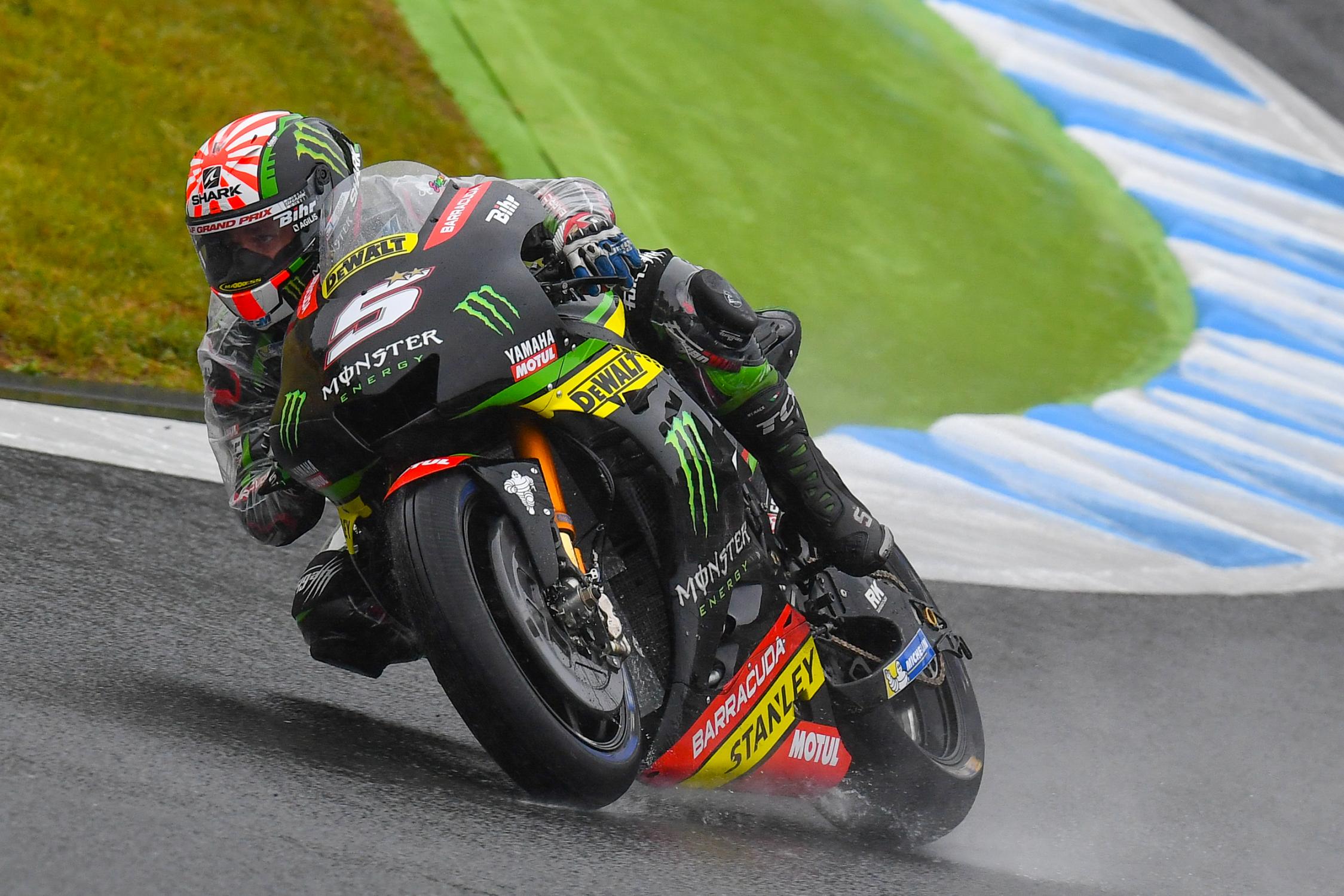 Q1 starts in wet conditions, with Maverick Viñales (Movistar Yamaha) as key player. In the first run we see Pol Espargaro going straight into the red and to the top of the timings, Viñales behind him. But the Spaniard gets knocked down to the third spot by Cal Crutchlow (LCR Honda).

In the second run we see Alvaro Bautista (Pull&Bear Real Avintia) jumping into the red very quickly, while the times improve slowly with the track drying up. Viñales manages a good lap, but it is the two KTM Factory drivers, Pol Espargaro and Bradley Smith, who are at the top with 3 more minutes to go.

Espargaro improves, Viñales doesn’t seem to find the pace and doesn’t manage to improve and misses out on Q2. While Crutchlow is really quick in his last flying lap and seems on his way to kick Smith back, but the Briton takes too much risk and almost looses it into turn 14, which will cost him the qualification. Finally, it is the two KTM drivers, Espargaro and Smith, who get through to Q2.

In Q2 we see a very bold choice from Valentino Rossi (Movistar Yamaha), who immediately seems to opt for the slick tyres even though the track is still, clearly, too wet. It is true that, after his FP4 crash, his mechanics still seem to be working on his other bike. In these conditions, Marc Márquez (Repsol Honda), Jorge Lorenzo (Ducati) and Andrea Dovisiozo (Ducati) are clear favorites to claim the pole. Márquez is the one to go straight to the top of the timesheet, with a stellar time almost 1,8 seconds quicker than his rivals. While Rossi now gets into the pits to finally get his tyres changed.

In the second run we see Andrea Dovisiozo, finally getting to the top of the timesheet in 2nd, when Pol Espargaro suddenly sets an amazing time just 1 second away from Marquez’s time. Marquez who decided to get out on slicks, but seems to have made the wrong choice as the tyres have no grip.

When in the last minutes we see red sectors everywhere, with Johann Zarco (Monster Yamaha Tech 3) flying to the top of the time sheets, coming out of nowhere. Danillo Petrucci (OCTO Pramac Racing) will also be able to do a flying lap and snatch another place to Márquez. The latter one clearly making the wrong choice, as he was the clear favourite in these conditions at the start of the session.