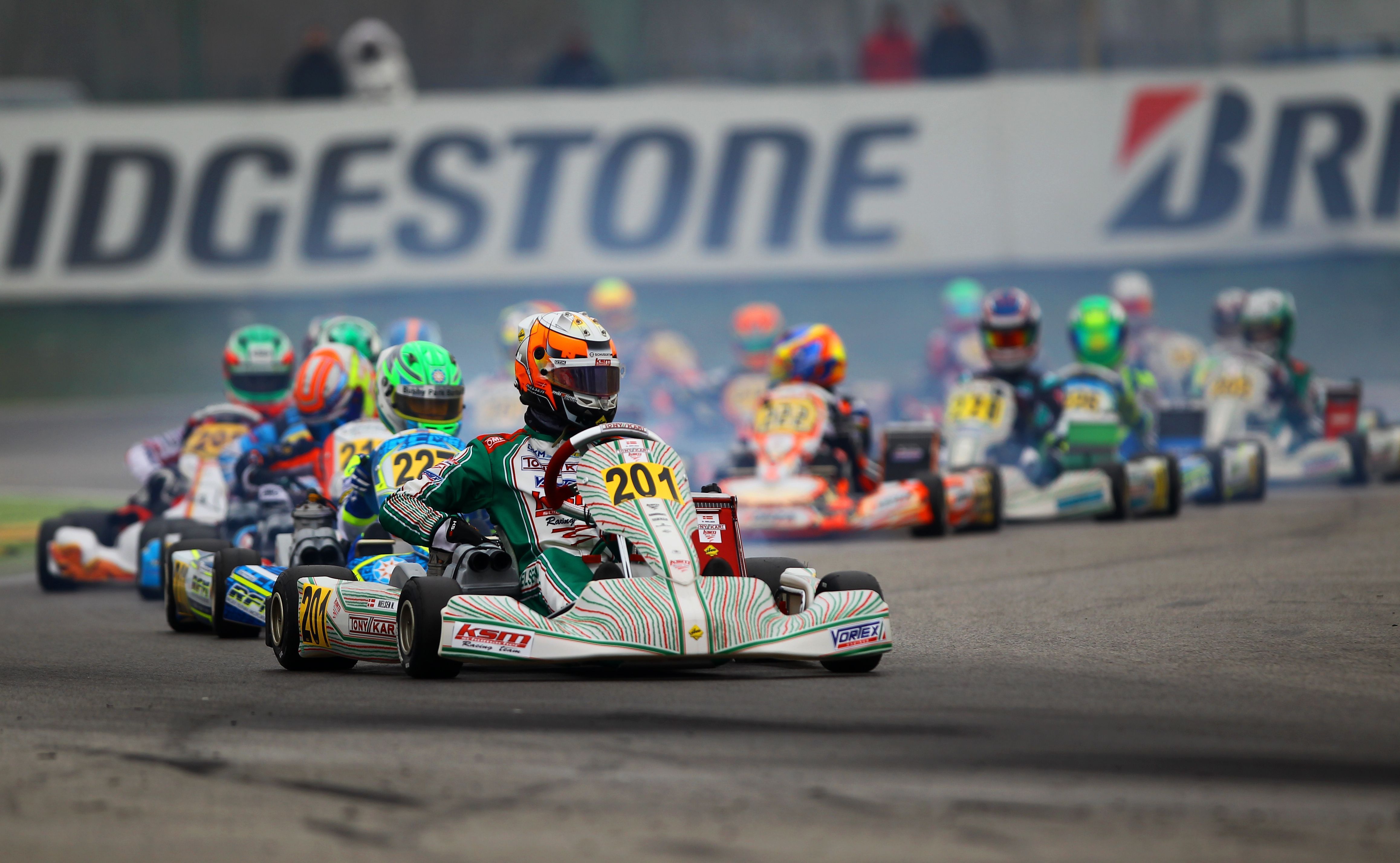 The second round of WSK Super Master Series hits South Garda Karting (Lonato, Italy). Drivers arrive to this round with a good mileage after Winter Cup race contested in the same track last week. But paddock is concerned about weather issues.

SOUTH GARDA KARTING – After WSK Championship Cup at Adria, WSK Super Master Series in Adria as well, and Winter Cup in Lonato, the karting world now visits Lonato for the second round of WSK Super Masters.

A total number of 305 drivers are in the entry list in a race-weekend that is not very good looking in terms of weather, with big snow storms affecting the race since Wednesday night, which make cancel the track time for Thursday and Friday due to safety conditions.

The action will be all packed-on Saturday and Sunday but, drivers aren’t much confident about that.

That’s what Nicklas Nielsen told to FormulaRapida.net regarding weather and race preparation for the upcoming race:

“The conditions this weekend obviously are not ideal, I already have done a lot of laps in this track in all conditions, not in snow but in wet and dry.

“It won’t be really be a disadvantage for me to not doing a lot of laps or a lot of practice, but I think the most important at the moment is that we have to find a solution for the snow and we have to take a decision to cancel the race or not.

“But I think, if they decide to continue, the conditions should be safe and at the moment I don’t think it is safe to drive, is so much snow on the track. But we have to wait until tomorrow morning and see what happens.”

In OK, Hannes Janker from TB Racing and under a Kart Republic chassis, impressed everyone winning in Adria. But the German did the same last week in Winter Cup where he won once again, which it means he is one of the favorites for the victory this weekend.

Meanwhile in OKJ the battle is on. After a dramatic final in Adria, it is Kirill Smal who arrives in Lonato as championship leader ahead of Gabriele Mini and Paul Aron.

In Mini, WSK Champions Cup champion, Andrea Antonelli will have to comeback after only get 4 points in round 1. Norwegian Martinius Stenshorne is leading the way ahead of Polish Tymoteusz Kucharczyk.