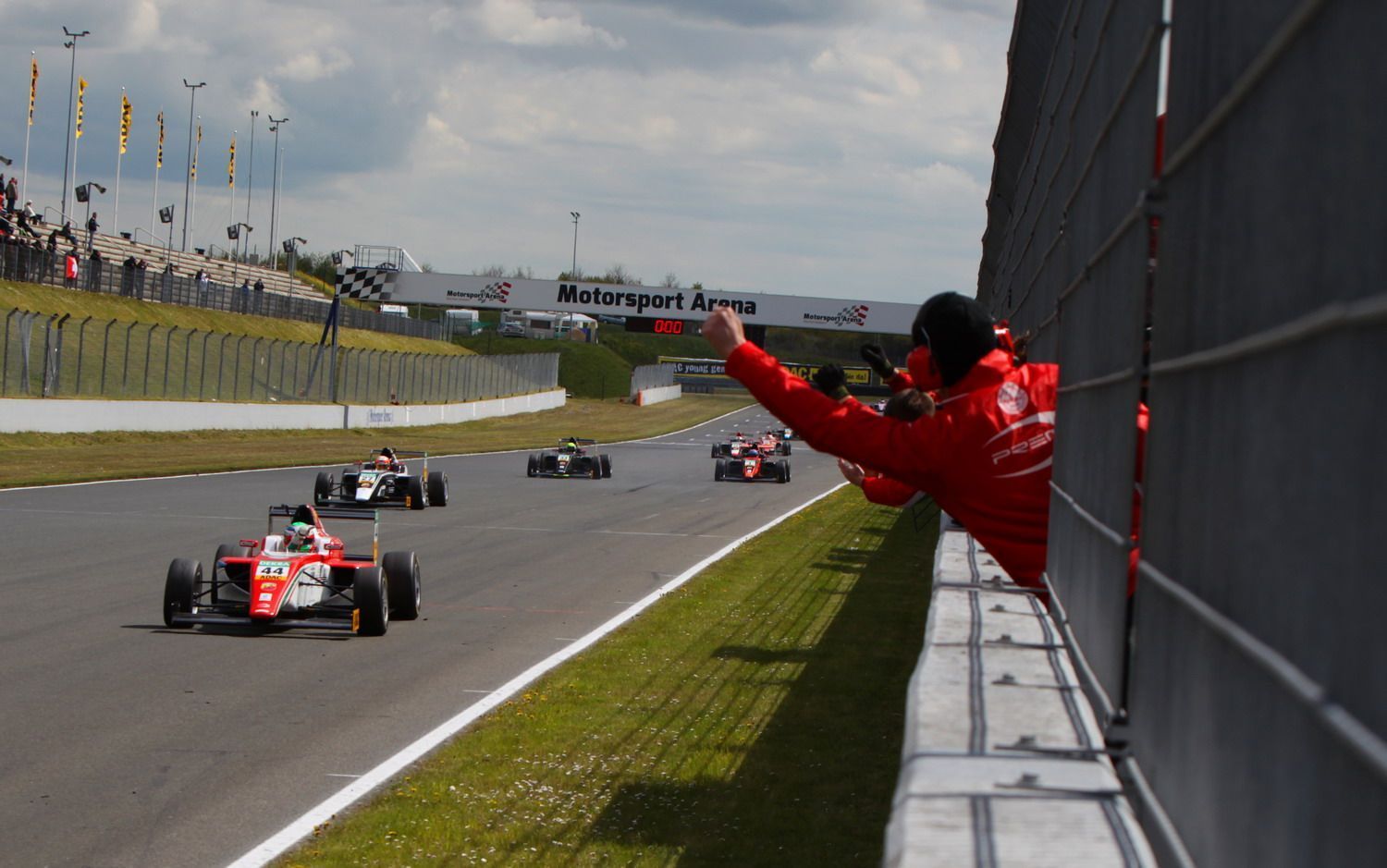 Estonian claims victory in Race 3 ahead of Nicklas Nielsen and Marcus Armstrong. Vips tops the table ahead of Drugovich and Armstrong after nine races.

Juri Vips (16, Estonia, Prema Powerteam) has celebrated his second ADAC Formula 4 win of 2017 and moved into a clear championship lead. The Estonian won the ninth race of the season at the Red Bull Ring ahead of reigning rookie champion Nicklas Nielsen (20, Denmark, US Racing) and Marcus Armstrong (16, New Zealand, Prema Powerteam).

“This was a really good weekend, and I hope that we can continue in the same vein,” said Vips. “The standard of the field is tremendously high. Every weekend, you have to deliver a top performance to stay in contention.”

Starting from pole position, David Malukas (16, USA, Motopark) initially asserted his lead ahead of guest starter Kush Maini (16, India, Jenzer Motorsport) and Zendeli. Vips, who had lined up seventh on the grid, soon moved up to fourth before overtaking Zendeli as well.

Rookie Tom Beckhäuser (18, Czech Republic, ADAC Berlin-Brandenburg e.V.) then spun off the track, and the safety car was deployed for four minutes. At the restart, India’s Kush Maini briefly took the lead, while Vips was getting past pole-setter Malukas. Maini and Vips pulled out a gap, but the guest starter was powerless to ward off the assault by the Estonian for long.

Maini misbraked and then had the disappointment of seeing Nielsen, Armstrong and various others sailing past. Towards the end of the race, the safety car had to return to the track when Cédric Piro (19, Germany, Team Piro Interdental) crashed out. After the restart, Vips ran out a comfortable winner.

The Estonian has now opened up a gap at the top on 119 points ahead of Drugovich (102) and Armstrong (90). Nielsen is fourth on 83 points. The youngsters of the ADAC High-Speed Academy will be back in action on the weekend of 7th – 9th July for races ten to twelve of the campaign at Oschersleben.